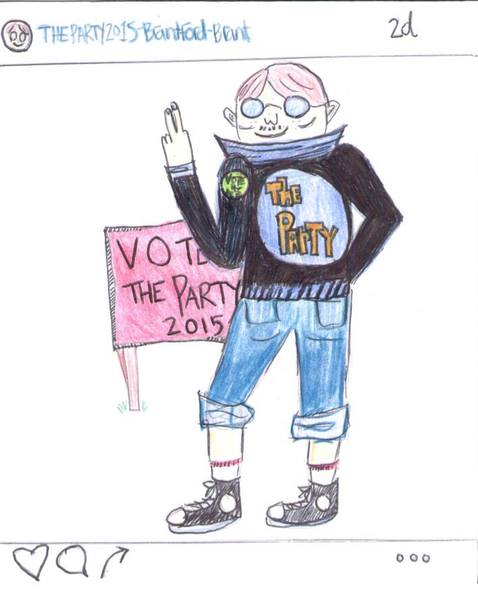 There exists a stigma that politics is just a boring game for old men to play. Statistics surrounding the Canadian Members of Parliament does little to combat this, as the average age of Canada’s 304 members of the House of Commons is about 54 years old. The youngest listed Members of Parliament are both 24, the oldest is 78.

This is what makes the local riding of Brantford-Brant a sort of outlier, as three of its four major party candidates are under the age of 35. Liberal Candidate Danielle Takacs and Green Party candidate Kevin Brandt are both 32 and NDP candidate Marc Laferriere is 34.

This is not NDP candidate Marc Laferriere’s first shot at federal politics, but unlike his first election in 2011, Laferriere is running amongst peers this time as opposed to being the only major party candidate under the age of 50.

“Younger voices want in,” Laferriere explained. “I think the three of us are going to turn some heads in this election as three candidates in their early 30’s”.

Despite noting that voters have been less concerned about his age, and more interested in talking about the issues, young politicians like Laferriere are familiar with age-oriented attacks.

“In the 2011 election the Young Liberals of Canada – which is the official youth wing of the Liberal Party of Canada created a website claiming that I was one of 10 of the most immature candidates in Canada,” said Laferriere. “They ranked me number two on this highly publicized website…They trolled through my Facebook page and found a photo of me dressed as the incredible Hulk at a Halloween Party to try and make their case. [The Liberals] then came in third place in this riding. I share that photo every Halloween as a reminder to be yourself, its vital to be yourself and not just regurgitate talking points from a party online.”

Like Laferriere, Takacs grew up in the Brantford-Brant community. She and Laferriere even played husband and wife in a play during their high school years at Assumption College.

“Brantford-Brant has always been my home and no community ever has or ever will matter more to me,” Takacs explained.

“Brantford has a history of electing young politicians, both Mayor Chris Friel and former MPP Phil Gillies were elected under the age 30. We have never had a mayor, MPP or MP that is a woman that is 32 or younger, but I would be honoured to set that mark,” Takacs explained. “The biggest concern that comes when people hear about a younger politician is lack of experience,” said Takacs, explaining that she hasn’t hear too much flak about her age.

“Some have repeated the ‘not ready’ lines back to me about Trudeau, millions of dollars in deceptive ads can’t help but lead to that. However, the “not ready” perception quickly fades when I tell them that Trudeau is 43 and Stephen Harper was 46 when he became Prime Minister,” said Takacs.

According to Brandt, Laurier students should care about the election because, “the local politicians are relatively young because it shows that old-fashioned, status quo politics is changing – a new generation is taking the helm, and we’re speaking about the issues which directly impact youth and young adults… it will be the issues in this election that will impact [students] in their new working lives.”

Brantford-Brant is no stranger to young leaders. In 1976, David Neumann was first elected to Brantford City Council at age 35. In 1981, Phil Gillies was elected as the Brantford riding’s Member of Provincial Parliament at age 27. In 1994, Chris Friel began his mayoral tenure at age 27.

“There’s something about Brantford,” Friel said, explaining that the community inspires young leaders.

For Mayor Friel, starting his political career early in life was born from a need to see change in the local community. Having returned to the community after graduating from University, Brantford’s industrial economy continued to flat line. Friel understood that in order to get a job, “you either had to leave town or change things,” and at 25, Friel and a group of friends opted to plan a means to create change, which was set in motion two years later during the 1994 Municipal Election.

During his initial campaign, Friel was nicknamed “the boy mayor” and his age was used as a means to delegitimize his candidacy. The attempts to use Friel’s age as a deterrent backfired Friel explained, “the community was looking for change and ready to take a risk.” After his initial win in 1994, Friel has served as Brantford’s Mayor for a collective 14 years.

“It’s not out of the ordinary to see young politicians do well,” Friel said, explaining that the local community values, “people who take risks and entrepreneurial spirit.”