The “happy chemicals”: what are they? 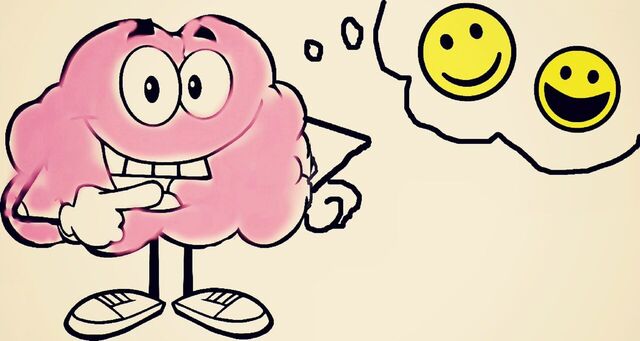 Happiness: the sought-after feeling that can for many, seem just out of reach. Whether it is exam stress, family troubles, or just being stuck in a slump, everyone deals with periods of unhappiness at some point in their lives (periods that they would most likely prefer to avoid). But in order to combat these bad feelings and to attain happiness, it helps to understand what happiness is, exactly.

It is a well-known scientific fact that happiness is caused by certain chemicals, called neurotransmitters, that are released into the brain. But what are these chemicals, and how do they work?

According to Loretta G. Breuning, founder of the Inner Mammal Institute, there are four main “happy chemicals,” and each one plays a different role.

Dopamine is released when you succeed at doing something. It is what makes you feel good about reaching a goal, like getting a good grade on a test, or learning to ride a bike, or shedding those last five pounds.

Serotonin is released when you feel important. It is what happens when you feel validated, like when a stranger compliments you, or when someone likes that selfie you posted on Instagram.

Oxytocin comes from the feeling of trust. This is what makes you feel good when you are with people you are close to, like friends or family members.

Finally, endorphin is the short-lived positive feeling that the body uses to hide physical pain – also known as “runners high,” a feeling of euphoria when one

exceeds their limits. Most people tend to want to avoid pain (with good reason), but small doses of endorphin are also released when you laugh or cry.

Knowing the chemical recipe for happiness is certainly a step towards it, but the next step is to learn how to use it. Once you do, the results may surprise you: according to a recent study by Harvard T.H. School of Public Health, being a happier person can even extend life expectancy by significantly cutting down the risk of health problems such as heart disease and type 2 diabetes.

With those impressive benefits in mind, here are a few tips to help you tap into your “happy chemicals” and use them on your journey to happiness:

1. Dopamine is released when you succeed in something. Unfortunately, it is impossible to succeed at everything, and sometimes success is simply out of your control. Knowing this, the best way to activate dopamine is “working toward a goal with positive expectations,” as Breuning puts it. In other words, keeping an optimistic mindset will help you feel happier, even during those times where you do not succeed.

2. Serotonin comes from the feeling of importance. “You can’t control the world and the importance it gives you,” says Breuning. “But you can train your brain to feel confident in your own importance regardless of what others do.” Essentially, this all comes down to your own self-confidence. Ask yourself what makes you so great, what you are good at, and what you like about yourself. Make this a habit. The key is to become your own biggest fan.

3. Oxytocin is released when you are around people you trust. Spending time with friends, siblings, parents, cousins, grandparents, or a significant other are

all good ways to stimulate the release of oxytocin. It is only natural to trust some people more than others, but Breuning’s advice is to “[enjoy] the trust you have instead of focusing on the trust you don’t have.” Paul Zak, a neuroeconomist at Claremont Graduate University in California, also recommends giving hugs, using social media and gift giving as ways to stimulate oxytocin release.

4. Endorphin is released by the body to mask physical pain. While pain is something most people try to avoid, exercise is a great alternative way to stimulate endorphin. According to Breuning, “varying your exercise routine can stimulate endorphin without harmful excess.” A study by Loma Linda University in California also found that laughter (and even just the anticipation of laughter) cause endorphin to be released, so bring that sense of humour with you wherever you go!

Although it can be difficult, science proves that the final result of putting these steps into practice is definitely worthwhile, and can help you become a healthier, happier person.