Not just Haiti, not just now

With tens of thousands dead and hundreds of thousands homeless due to last month’s earthquake in Haiti, the tremendous outpouring of support from every corner of the globe has truly brought out some of the best in humankind.

Unfortunately, it’s something we don’t see as often as we should and, arguably, something we might not have seen had the earthquake hit a different country. 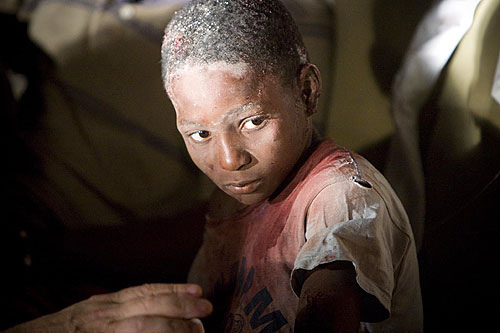 Due to numerous possible factors – past history, ease of access for American media, neighbourly goodwill – Haiti has caught on with the media and the public as a cause worth supporting. But not every natural disaster to hit the developing world gets the same treatment.

Already in 2010, severe mudslides in Brazil have killed at least 60 people. There’s been earthquakes in Guatemala and Peru (which was already in trouble because of torrential rains). Last October, 110 people died as the result of a tsunami in Samoa. South Korea is still digging out from its worst snowstorm in recorded history. And you likely haven’t even heard the first thing about any of these events. No press, no unprecedented relief efforts, no benefit concerts.

I don’t mean to in any way demean the situation in Haiti. It is a tragic loss of life, something completely unanticipated, and a disaster in the truest sense of the term. It has also occured, admittedly, on a much larger scale than any of the natural disasters mentioned above.

Nonetheless, I can’t help but feel like there is an injustice in so much first-world grief and relief going out to the Haitians, while similar events are virtually ignored. Some of it is the media’s fault – Haiti is nearby, it’s easy to get to. It’s easier to send a reporter from Washington or Florida to Haiti than to get someone over to Africa.

My other worry is that before long, something else will come along and Haiti won’t be ‘cool’ anymore. It might sound silly, but it’s what happens all the time – the last natural disaster to enjoy this sort of public support was the 2004 Indian Ocean earthquake/tsunami; the areas hit by that storm are still rebuilding. Along similar lines, there are still ‘green revolution’ pro-democracy protests in Tehran. But when was the last time you heard about either? The media got bored of the story before it finished, and it’s not hard to envision the same fate awaiting Haiti.
So do what you can for Haiti. Donate money, support charity work, whatever you want. But don’t forget that there are plenty of other natural disasters going on around the world, and more importantly, don’t forget about Haiti as soon as it stops being the top story in the news. When the public can contribute to relief efforts without the need for televised concerts telling them to do so, that’s when we’ll really be seeing the best of humankind.