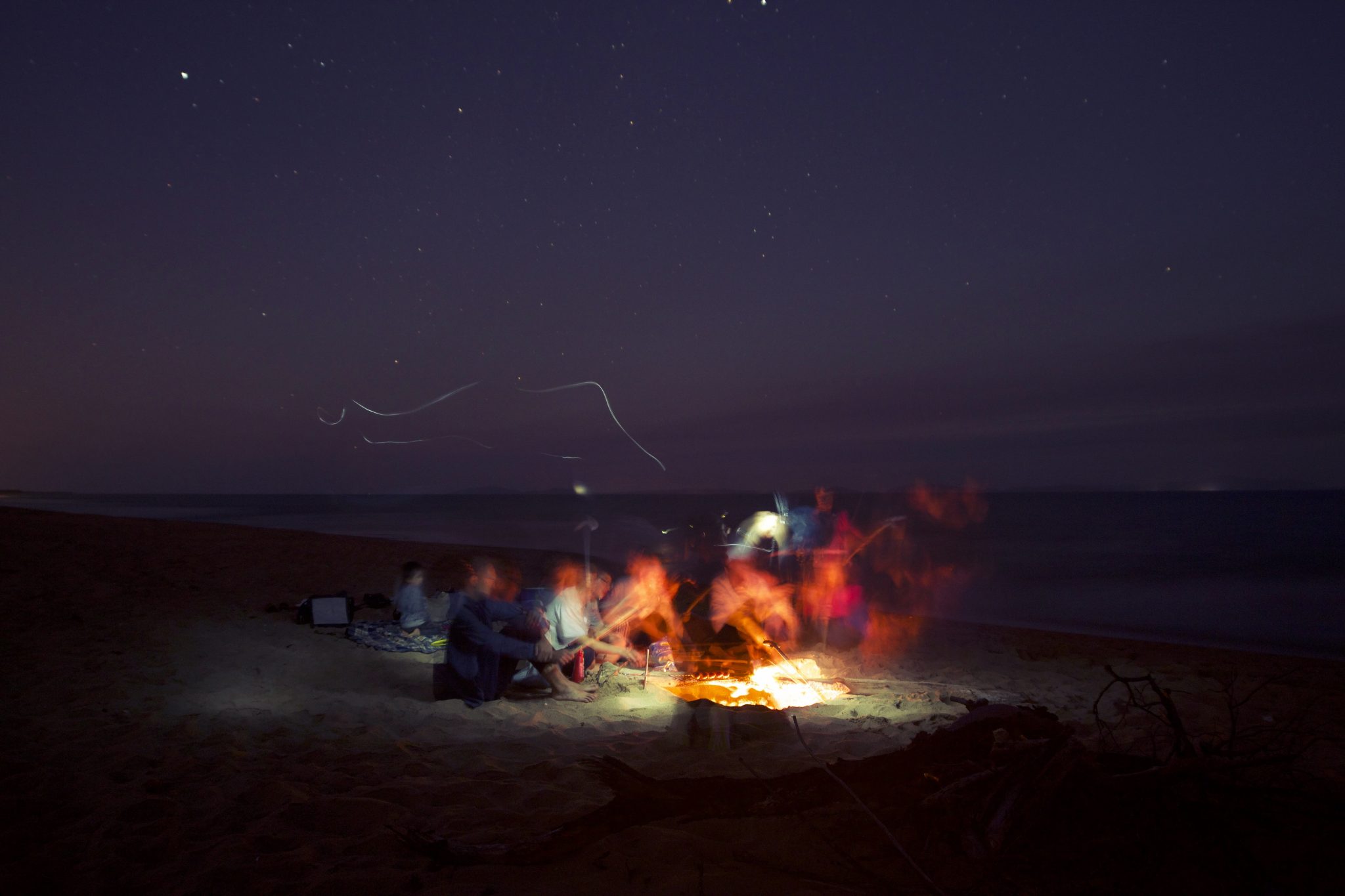 The heat from the early morning sun warmed my skin, flushing it pink with the sky’s reflection. I sat on my front doorstep, waiting for Jack to pick me up in his old truck.

A faint hum of music lined the air, and the country tune came bumbling down the road, growing louder as Jack got closer. I smiled and waved, grabbing my bag just before running to the road to meet him.  I yelled hello through the open window and pulled the door open wide.

We let the radio play our favourite country songs, and went to pick up Elizabeth and Bo, our summer loves. One by one they piled in the back, and Jack and I shared a look, knowing just how in love with them we were, even if they didn’t know it themselves.

Everyone was talking and the air was filled with eager laughter, small snores rolling in slowly from Bo’s direction as the ride drew longer. The windows were down and the music was loud, just as it had been every day before. As if no time had passed, the long drive was over, and we were met with the heart of downtown filled with people making memories. The lake stood just on the horizon, calling our names and rolling back with the waves, teasing us to come play.

For hours we went venturing through the town, playing mini golf, giving playful shoves to each other and never losing a minute to silence. We absorbed the colours of summer and breathed life into the day, each of us longing for more days like this to come.

Elizabeth and Jack walked in front of Bo and I, each pair having some time alone. Bo rested his arm over my shoulders and placed his hat on my head and I wrapped my arm around his waist and pulled him closer.

We walked through a park and found a wooden bench with names of lovers past carved into it, now to be decorated with our own names. While I worked on our carvings, Elizabeth and Jack took pictures of each other to make the memories of their undeclared summer fling last.

The sun was still high in the sky, but our plans for the evening were ahead of us. We hopped in Jacks rig, Jack driving, Elizabeth taking shot gun, and Bo and I in the back holding hands, my head resting on his shoulder, and his head resting on mine.

The sun kissed our hair and lashes, making us swim in a pool of golden honey. Going home, the ride was shorter, the music was softer and smiles still adorned our faces. We had one more event planned for the night: our last campfire of the year. We ventured out on the old country roads one last time to Jack’s house, feeling every bump in the road as we drove over.

The sun was setting in the early sky, dusk settling into its playground. Crickets hopped from one log to the next, trying to find some adventure for the evening ahead, singing their routinely night song in harmony.

An orchestra began its maddening sounds through the rush of wind between the leaves on the trees, faint songs of birds singing their goodnights and bullfrogs laying down to rest. The fire cracked while the four of us sat around its glow, watching silently as the broken embers drifted into the pink, then purple, then black sky.

I leaned my head onto Bo’s shoulder and rested my eyes on the dull flame, watching it grow tired and weak. Jack and Elizabeth sat across from us, mirroring our moods. The evening had taken over our bodies, tiredness sinking in.

The flames grew tired of their dance and came to a halt, now just tiptoeing in the cracks where full logs once lay. My hand played in Bo’s hair, pulling his curls and twisting the gold around my fingers while he played with my free hand. We watched the stars begin to gleam in the sky, making our wish as the first came out of its hiding place, just as we had on the first night when summer began.

Now that the days of our summer filled with romance has passed, I look fondly back at our memories on hot July nights in the cold and harsh realities of winter, and long once again for the humidity and sweat and laughter and sunburns.

Sneaking out of your house at 6:00a.m. just in time to make it home before dawn, for the evenings filled with cuddles and a thumb running over a lip, over and over again, saying physically what words cannot.

With “I love you’s” stuck in our throats and visions of our future in our minds, from being so close, no room for even heat to be between our bodies as we lay side by side, your body pressed on mine.

Hello! My name is Bailey Zimmer! I’m a third year English major with a minor in professional writing, and the Lead News Reporter for The Sputnik. I love spending all my time with my friends, and laughing with them until them wee hours of morning! I like writing for the paper because I get the news (and tea) first hand, and I get to tell it to everyone else. I’m looking forward to helping make The Sputnik be the best it can, and being a chapter in its life!