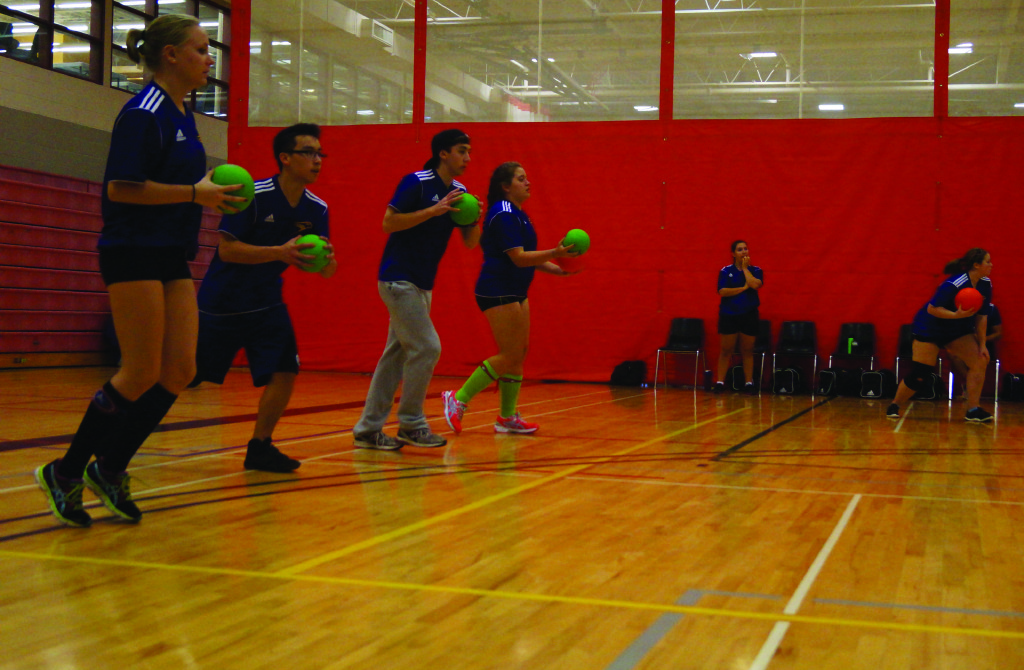 A questionable call did not help the Golden Hawks. Down 3-1, Laurier appeared to be close to winning a point. A ball bounced off a Humber player, but neither ref saw if the ball was caught off the deflection. The refs ruled that it was caught and Humber won the point to take a 4-1 lead.

Co-captain Matthew Pollack refused to blame the refs, “It was a very questionable call and I could see it going both ways.”

The loss was a bit of a surprise after the Golden Hawks finished their group play with a 2-1 record concluding with a 4-2 win over Humber North.

Co-captain Megan Elmhirst described the feeling after losing the rematch. “It’s always too bad (to lose), especially when you know for a fact you can beat a team.”

Laurier played with only seven players, giving them only one sub for the tournament, compared to the five or six subs of the other teams.

Elmhirst believes this can be an advantage. “Because we have such a small team, we are able to mesh that much better and we know how each other play more than if we had an extremely large team.”

Getting the team up to seven players also proved to be a challenge. Elmhirst explained the process of finding players, “We call ourselves misfits because we’ve literally just pulled people from everywhere on campus saying ‘Hey, do you like to throw things? Come join us.”

This was Laurier’s first time hosting a dodgeball tournament.

Pollack described the feeling of playing at home. “It sucks that we lost at home, but this is our turf. It adds to the proudness of playing here.”

Laurier will have one more chance to improve on their performance. The Golden Hawks will finish their season when they travel to George Brown on Jan. 28.

During this break, Pollack explained his goals for the team, “I want to build on our team relationships. There are times you play really well as a team, and times when you fall apart. Aside from trying to win the tournament, one thing I want to focus on for us is just playing as well as we can together as a team.”