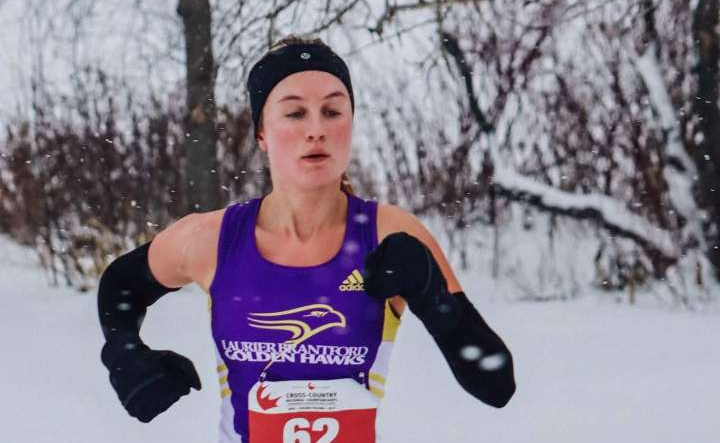 The Ontario Colleges Athletic Association (OCAA) announced the cancellation of the winter season for 2021, leaving many athletes and coaches shocked across the province.

Due to the ongoing COVID-19 global pandemic, the organization said it was in everyone’s best interest to cancel the season, to ensure the health and safety of both staff and players.

“After extensive contingency planning and collaborating with our members, the reality is that there are far too many obstacles to allow the OCAA to operate while providing a safe and quality varsity experience for our student-athletes,” said Nathan McFadden, OCAA President.

The first announcement made by the OCAA came in June where the organization announced cancellation for their Fall 2020 season. This greatly affected Laurier Brantford’s women’s varsity cross country team who placed third in nationals last year.

“I was astonished when I heard about the cancellation of this season,” said Vanessa Brown, Laurier Brantford cross country runner, “ my team and I had huge goals for this season. We had our hearts set on potentially earning a National Champion title which will now have to wait until next year.”

An initial reaction of frustration, as well as shock, was to be expected by athletes across Ontario. Using the summer/fall for training and preparation, athletes and coaches were ready to compete once again to achieve personal & team goals for the upcoming season.

Although the reasoning behind the cancellation is understandable, athletes and staff accepting this decision may take a little longer to digest.

“I understand that it had to be done, however, it’s unfortunate as everyone was excited to play together again. As a new varsity team, we have been improving each year, and wanted to show our improvement this year,” said Brooke Ribey, varsity player for Laurier Brantford women’s soccer team.

Ultimately the season being stopped has pushed many teams back in their aspirations and progress over the years. New programs such as the Laurier Brantford women’s soccer team started in 2019, and the varsity team has been making positive strides every year since they started to compete in the OCCA. 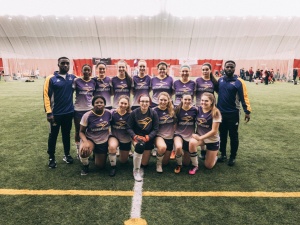 With players using sports to stay healthy, give themselves a break from school, and to accomplish personal and team goals, the opportunity for all of this to happen has been cancelled and taken away from athletes.

“I believe that COVID has affected athletes’ motivation. Many athletes have stopped training due to a lack of competition ahead of them, “ said Brown, “I’m afraid the lack of motivation they are feeling will carry on, as they may give up on running.”

A workout routine, dieting a particular way and motivation are all key elements of how players stay disciplined and dedicated to their sport. With no season available, the same desire and passion for the game may be lost and training may stop entirely because of the lack of competition.

How athletes react to this decision could either be the end of their varsity career or an extra incentive to work harder and stay focused.

“Our girls team just came off the season of a lifetime, winning the Ontario Championship and third at Nationals, they were looking to defend and challenge for that OCAA title again,” said Cory Currie, head cross country coach for Laurier Brantford.

With momentum being a huge component of how teams perform and elevate their game, it has now become negated as all teams will have to shut it down for a season.

The level you must be at to win a championship and finish in the top three of the nation is no easy task. Unfortunately, the Laurier cross country team will not have the opportunity to carry their hard-earned momentum into the 2020/21 season.

“Since we don’t have a season, the team has come up with some fun ideas on making things fun and staying active,” said Currie, “we are spending a lot of time working on our weaknesses to get those strong and ready for next season.”

There are always some positives to having extra time off. Working on weaknesses, spending more time with family, and focusing on individual goals are all part of how athletes and coaches can improve themselves to come back stronger.

While it may not be for the ideal circumstances, using the time wisely and productively is the best way to ensure all the time off is being used in the best way possible.

“I have been going to the gym consistently, in hopes that we would have a season, however, it is still important to me to keep in shape. However now I have more time to focus on school and work,” said Ribey.

The work/school/sports balance has always been a challenge for student athletes to deal with. Especially in the upper years of university, time is one of the things of value when handling a student’s workload on top of a school sport and part-time job.

Now with the cancellation, students can dedicate more time to their schooling and jobs.

“The extra time also gave me time to reflect on what I really want out of running, and that is to become better this year and not allow this virus to end my passion for running,” said Brown.

Understanding why people participate in sports and the dedication it takes on a day to day basis can sometimes be overlooked. A self-reflection might be common for many athletes and coaches across Ontario, as they will have to adjust their lifestyle to a season without sports.

There’s hope to see all athletes and coaches back involved for sports next season ready to compete and perform for their respective schools.