No, catcalling is not flattering or nice 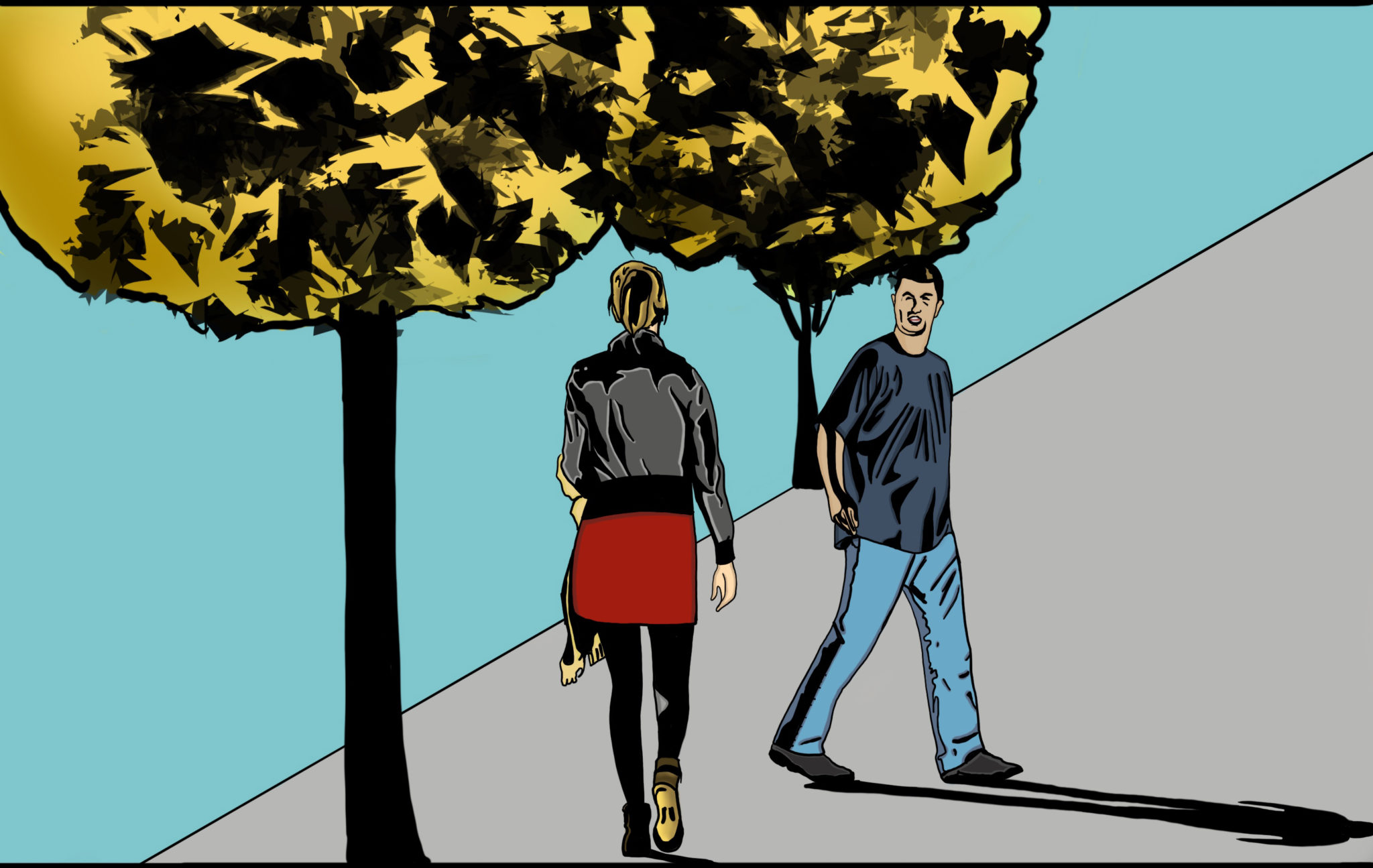 I don’t think it will come as a surprise to anyone when I say I have been catcalled more times than I can count. Now that I’m in my fourth year at Laurier Brantford, the catcalling I experience walking around downtown infuriates me more than it scares me.

It doesn’t seem to matter what time of day, where on campus, or what I’m wearing; men seem to find it appropriate to yell gross things or make gestures at me. None of the factors I just mentioned should even matter. I should be able to walk down the street in whatever I want whenever I want without someone making me uncomfortable, but that’s clearly not the case.

I also want to make it clear that I’m not saying all men are horrible, or that men don’t get catcalled or yelled at by people. However, I can only speak from my own experiences, which have been as a woman being yelled at by men.

I have experienced everything from cars honking at me, men yelling things about my body or what they’d do to me, random men telling me to smile, and even a guy in his car at a stop sign putting his fingers up to his mouth and imitating licking a vagina. That one was especially gross to me. Sometimes I retaliate, but most of the time I don’t.

One incident in particular inspired me to write this article. It happened a couple weeks ago. I was walking to my 11:30 AM class, waiting to cross the street, when a man old enough to be my dad yelled: “Hey sexy mama there are a lot of things I’d like to do to you!” on his way by. The incident infuriated me and I immediately wanted to yell something at him, but I had to stop myself because I realized if he turned around and got mad I was alone and probably couldn’t defend myself. How sad is that? The realization of my thought process left a bad taste in my mouth and I spent the rest of my day in a bad mood.

Stop Street Harassment conducted anonymous online surveys about the harassment women experience in the U.S. Of the 1,141 participants – which did include some men – almost every single participant had experienced some sort of street harassment.

According to the study, nearly 95 per cent of female participants had been honked at, 94 per cent had been whistled at, 82 per cent had someone make vulgar gestures at them, and 81 per cent had sexually explicit comments made toward them.

It makes me incredibly sad I even need to write this article because it seems so obvious that yelling creepy or gross things at a stranger isn’t okay. Women and men should feel comfortable walking down the street – especially around campus – without having to worry about strangers harassing them. If you think it’s funny or makes you cool, or if you think it should be seen as flattering, sorry but you’re wrong. All you’re doing is making people uncomfortable and making yourself look like a total creep.

France recently introduced a bill that criminalizes gender-based harassment on the streets and public transit. This bill allows people to be fined up to $875 depending on the incident. Although it may seem like wishful thinking, I would love to see Canada introduce something similar.