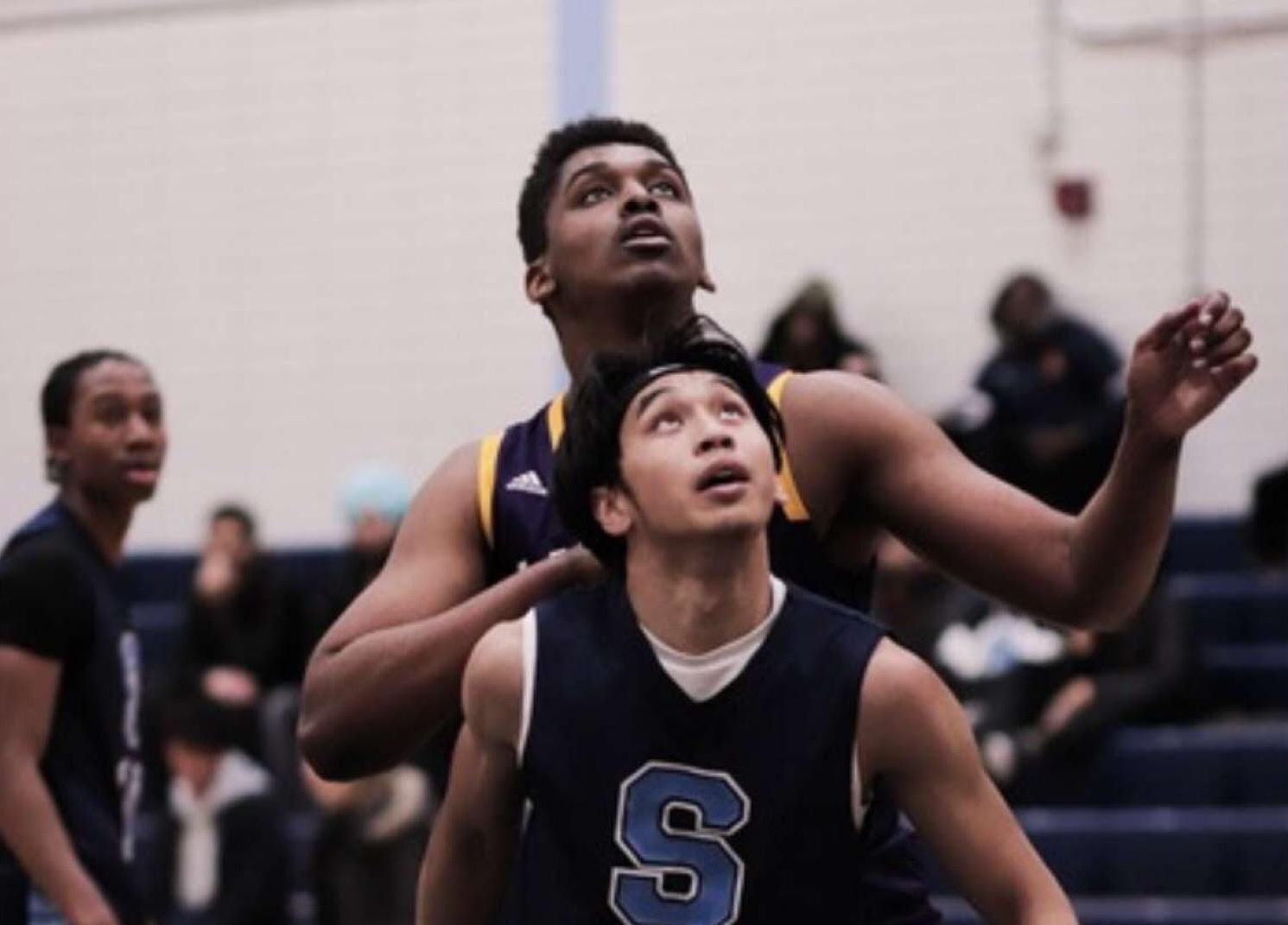 When Nathan Jackman woke up one morning, he didn’t know if his dream of making semi-pro basketball would be over.

“Without [basketball], I felt lost and that there was nothing I could do in life,” he said.

Kind. Emotional. Hard-working. Those are just a few terms that previous coaches would use to describe Jackman, now a member of the Laurier Brantford men’s extramural basketball team, a team he has a strong connection to both on and off the court.

Growing up in Scarborough, Ontario, Jackman tried several different sports in his public school days until he found basketball.

“I found basketball was my calling and I stuck with it,” he said. “It gave me a way to release stress and any anger I could have been feeling.”

Outside of school, Jackman played for several Rep and AA teams, including Top Notch Stars, East York Hawks, and North Toronto Huskies, in which he had the opportunity to travel around the province and outside the country for competitive tournaments.

Basketball is more than just a sport for Jackman, it is a way of life, a culture that he surrounds himself in where he can be the best version of himself.

“Basketball helps me be the happy, calm, relaxed person who is able to see things in all aspects of life, and I don’t focus on being angry or having any grudges, I’m more focused on me enjoying life,” he said.

He often credits his greatest victories not to winning championships, but to defeating teams that are “regarded as practically unstoppable,” which gives him a high level of personal achievement.

Jackman’s passion for basketball does not stop with just playing. He has also coached senior girls basketball at his high school in Grade 12, and over a few summers, he has coached children ages 6 to 15 in developmental skills at a camp.

“Coaching and playing are two very different things,” he said, “Seeing how fast the game can be and little things that you’re missing can help you develop your own skills.”

Jackman was fortunate enough to have a range of support from friends, family, coaches, and other teammates throughout his basketball career. Through all the wins and losses, the struggles and the challenges, he has them to thank for making him become a better athlete both on and off the court.

His inspirations also include current NBA all-star LeBron James, and recently departed NBA legend Kobe Bryant for their unmatched mentality and overall IQ of the game, and their commitment to work on themselves mentally and physically to improve.

In 2017, Jackman was accepted into Wilfrid Laurier University’s criminology program, and he continued to follow his passion for basketball after making the extramural basketball team, a big step in his ultimate goal of making semi-pro overseas.

One of the most important things for Jackman is having a strong connection with teammates, where he can feel he has “made a bunch of brothers,” he said.

Andrew Kamenz, a third-year at Laurier and a member of the Laurier Brantford basketball team for three years enjoys the level of competition that Jackman brings to the court.

“He’s very competitive, we go back and forth all the time in practice, and he’s a great guy to be around,” he said.

Jackman was ready to start his third season of basketball with Laurier until he noticed he got chest pains during practice and off the court. He went to the doctor and found out that he had pericarditis, which is defined by the American Heart Association as inflammation in the pericardium, which are two thin layers of tissue that surround the heart, hold it in place and help it work.

His doctor informed him that he should not play basketball until December, which meant he could not play for the first half of the season.

Jackman had sustained two concussions in previous years playing basketball, but they were not as serious as this injury.

“Naturally, when I found out I couldn’t play, I broke down in tears, and it wasn’t just because of the fact I couldn’t play, it was because this was the one thing I had to help me relieve stress and deal with my mental health and overcome it,” he said.

Jackman continued to show up to practices and tournaments to support his team. He described the experience on the sideline similar to when he was coaching.

“You’re seeing the court in a whole different way because you can’t physically do what you’re telling players to do, and you don’t see as much when you’re playing as you do on the sideline,” he said.

Despite his injury, Jackman still managed to bring the same energy to the team and keep everyone motivated.

Adam Kislinsky, a first-year at Laurier and a member of the basketball team, looks up to Jackman as a strong leader and a good friend.

“He’s calm and he creates [plays]. He’s a good big man, he knows where to find guys, and he’s got to be the nicest guy on the team,” he said.

Jackman has since recovered from his injury and has participated in two tournaments, one where Laurier won a championship.

“Playing basketball was the only time I felt at home. I had a clear headspace and I wasn’t stressing about things,” he said.

Jackman now looks towards next year, where he hopes to make the varsity team for Laurier in Waterloo and further improve his basketball skills so that he can go overseas to play semi-pro. But he will always remember his time playing for Brantford’s team.

“I’m the happiest I can be playing with my team, they’re like my second family,” he said.