Men’s team suffer defeat to Alumni, looking to next tournament 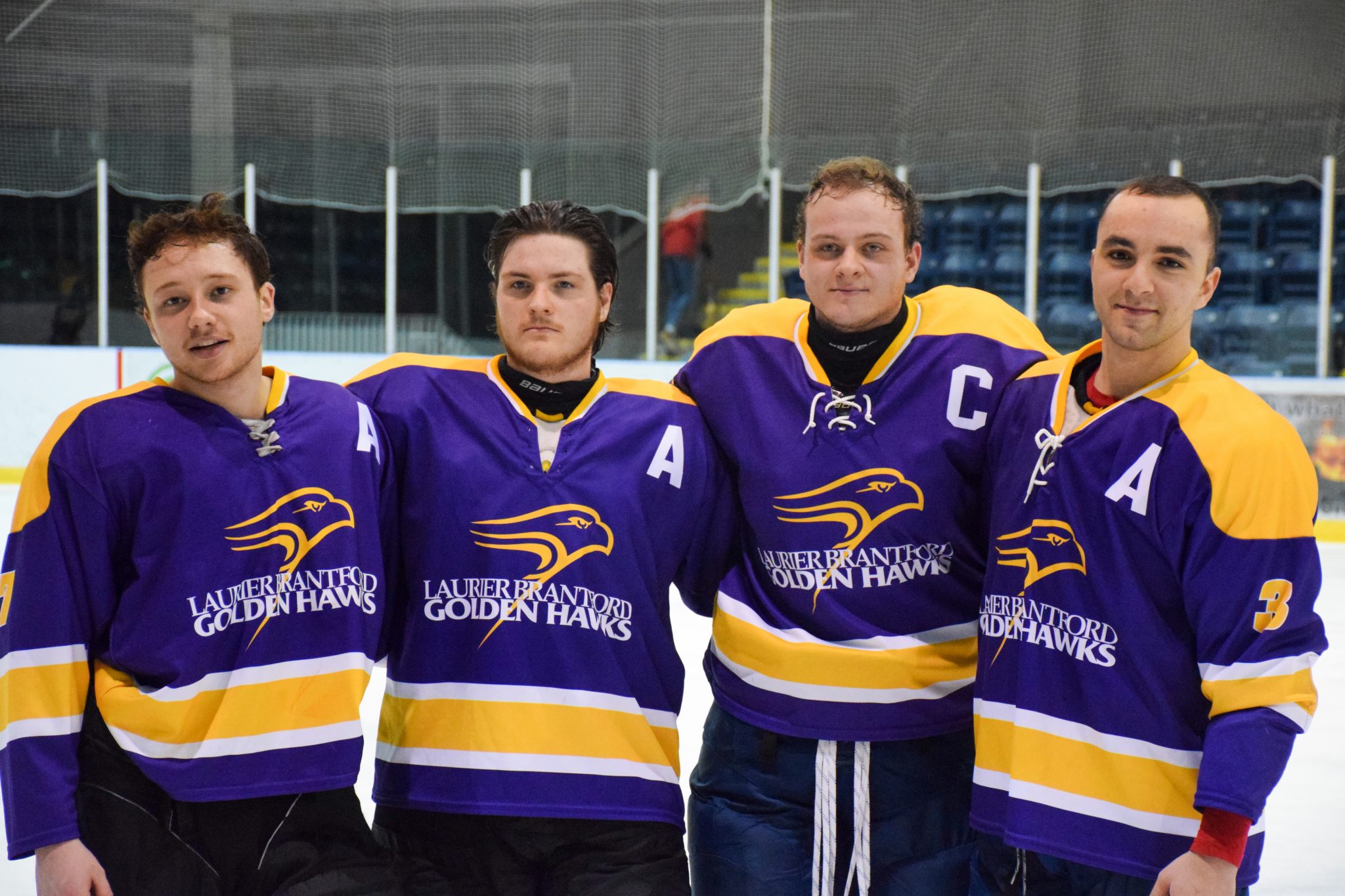 The Laurier Brantford men’s hockey team faced off against Laurier Alumni in a heated match, with the men’s team looking to reclaim the title and the Alumni team looking to shut them down.

Both teams started off strong but after the Alumni team opened up the scoring, they managed to dominate the rest of the game, resulting in a 7-1 loss for the current Golden Hawks.

Captain Kyle Chrishop reflected on their team’s loss after the game, stating “We need to work on our neutral zone coverage. We let them into our offensive zone with too much speed and didn’t close gaps which caused scoring chances we could have stopped”.

Coach Eric Collins noted, “Both teams played very well and we ran into a very hot goaltender on the Alumni team as was reflected by the Athlete of the Week nod by the Laurier Athletics Department”.

Despite the loss, the team is hardly fazed, and they are already looking forward to their next tournament, where they will be able to show what they are truly capable of.

“We need to continue to grow as a group and build on some of the positives from the game”, said Collins. “We have some incredible talent on the squad and we are getting stronger as a group the more we are playing together. We are very lucky to have veteran goaltending, our defence is strong, and it’s obviously not hard to miss the speed we have with our forwards”.

“As a team, we just scratch off that loss and every other loss and focus on what we can do next game because we know we’re capable of winning”, said Chrishop.

The team and coaching staff are training with as much simulated game type scenarios as possible so that they are ready for when these situations happen in-game. ”As we continue to practice and play together on the ice, the more comfortable they continue to get with each other, and the more success we will have as a group,” emphasized Collins.

Teams in sports are often told not to dwell on losses and instead move forward and focus on the next game, which is exactly the mindset that the Golden Hawks have.” We all have a winning mindset, we’re a fast team with a simple plan,” said Chrishop. “Knowing that, one game does not affect us”.

“I think we have a very resilient group in the room. They understand what needs to be done and are excited to continue to progress as a team”, said Collins. “Our captain Kyle Chrishop and the entire leadership group are doing a great job of keeping guys focused and motivated and dwelling on any bumps we may face in the road”.

The men will put their skills to the test in their next tournament, which will be played right here in Brantford on February 14th, 2020, at the Laurier Brantford YMCA.