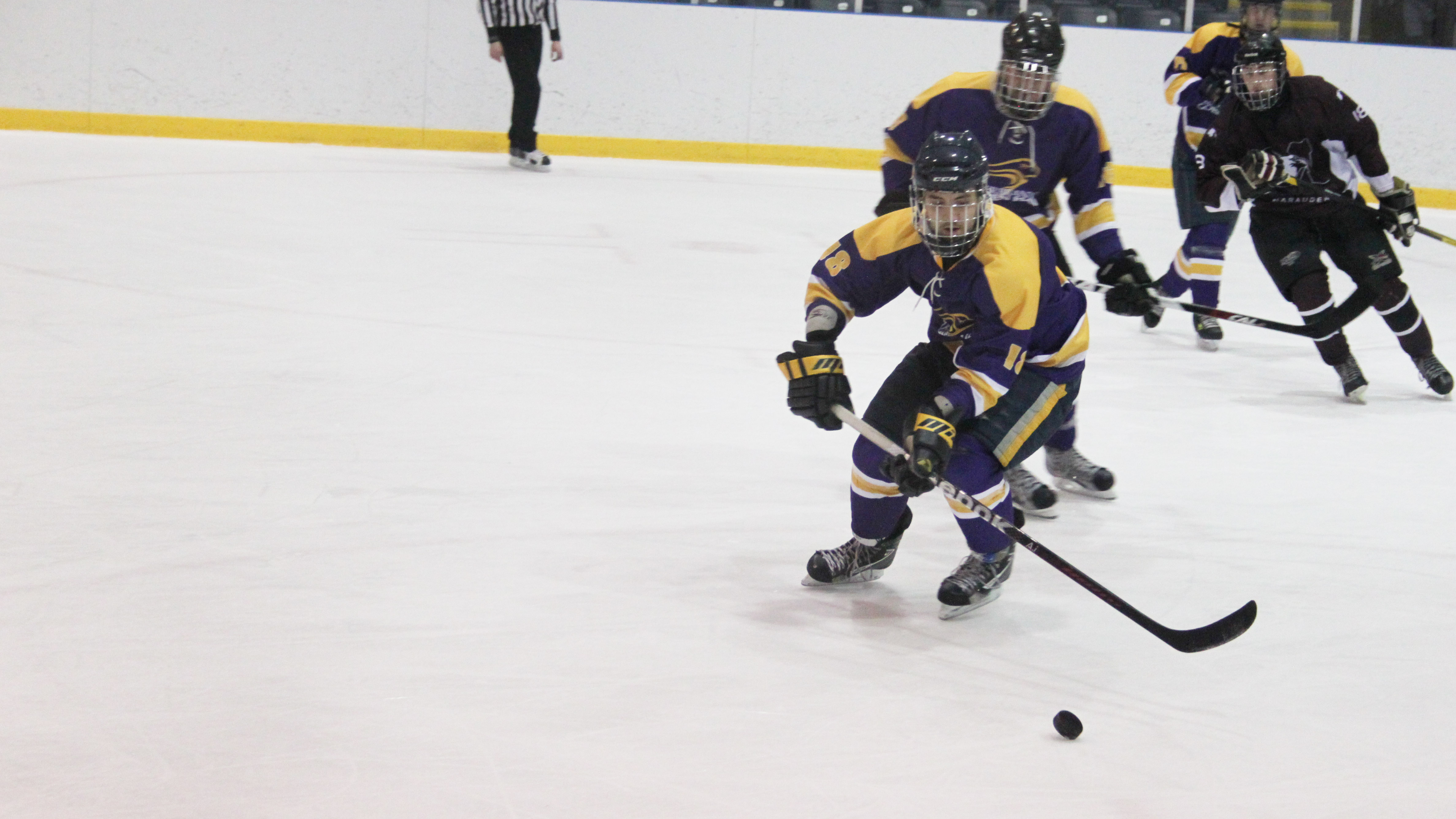 “Everyone was pumped, coming in here we were fired up.”

This was how Captain David Howe described the mentality of the Laurier Brantford’s extramural hockey team coming into Friday’s tournament at the Wayne Gretzky Centre. The team was looking to build off a solid tournament at Conestoga where the team lost a heartbreaker in the semi-finals.

Laurier started off the tournament against the highly ranked St. Lawrence College from Cornwall. The game was highlighted by a parade of penalties going against both teams. Laurier was able to weather the wrath of penalties and take a 3-0 lead. The lead held up until St. Lawrence broke the shutout with just seconds remaining, but that was all they got as Laurier took the first game 3-1.

After the game, assistant captain Andrew Pawluk spoke about the importance of the team’s penalty kill.

In their second game, the guys took on Redeemer College, where once again special teams played a vital role. Laurier connected on two power plays, both coming off the stick of Pawluk. Laurier came out on top over Redeemer 4-2 and with the win secured a birth in the semi-finals.

In the semi-finals the Hawks faced a strong team from Sheridan College. Laurier ran into penalty trouble early on, but the Hawks had the last laugh. Michael Mazurek blocked a Sheridan point shot and took off on a breakaway. Mazurek rifled a shot high over the blocker on the Sheridan goalie put Laurier up 1-0. Sheridan tied the game just seconds later on the power play.

The game remained tied until Jake Milligan sealed the win for the Hawks with just 10.9 seconds left in the game. With the 2-1 victory, Laurier headed to the finals.

Laurier faced McMaster in the finals and it didn’t take long for the guys to hit the scoreboard. Blake Dionne found the back of the net just minutes into the game and it seemed like the momentum was on Laurier’s side.

The teams exchanged goals, and after the second McMaster held the lead at 3-2. Things looked down for the Hawks, but they came out flying in the third. Howe tied the game just 1:20 into the period. Milligan then answered just seconds after Howe’s tally, giving Laurier a 4-3 lead.

The guys would not look back after this. Clay Chalmers hopped on a Mazurek rebound and make it 5-3 Laurier. McMaster cut the lead to one, but with just 30 seconds remaining Tanner Rutland sealed the game with an empty-netter, giving Laurier a 6-4 victory and its first tournament win in team history.

Throughout the tournament the Hawks had solid offensive contribution from its top two lines, but captain David Howe believes it was the play of freshman goaltender Ben Brenner who shone for the Golden Hawks throughout the team’s four games.

“He was by far the player of the tournament. All tournament he stood on his head,” said Howe.

Pawluk added, “He gave us the chance to win all tournament, so we owe him.”

On top of the stellar play of Brenner, Laurier also received an offensive jolt from their line of Mazurek, Milligan, and Chalmers, as the trio was responsible for ten goals in the four games.

As Howe explained, “Kellan [Herr] came up with the line and Mazurek opened the ice and even got a few breaks and then you have Milly and Chalms, who has pretty nice hands in tight, and Milligan who was skating hard to get him the puck.”

On Friday, the guys also thrived to do something that had been seldom seen by the team until recently, and that was playing together as a team. In the past, it seemed as though the guys were playing as individuals, which was clearly not the case this time around.

“We had a very solid team effort,” said Pawluk, “The boys played with a lot of heart.”

“It was an all-around team effort and it was just a matter of clicking,” added Howe, “We have a very tight-knit group and tonight we’re going to be celebrating and last week we got together, so everyone trusts each other.”

Recreation Programs Coordinator Lynne Gulliver believes the tournament is not only a reflection on the success of the team, but also to the school itself.

“With winning an OCAA sanction tournament the Men’s Hockey team has created Laurier Brantford history. In only three short years the Extramural program has grown and with this win we have been able to prove how strong athletics is on this campus, and with qualifying for the Challenge Cup we are able to go up against the best hockey teams in the OCAA,” said Gulliver.

The guys qualified for Challenge Cup with the tournament win and will now head to Oshawa on March 21-22, where they will look to keep this ball of recent success rolling and prove they are the real deal.