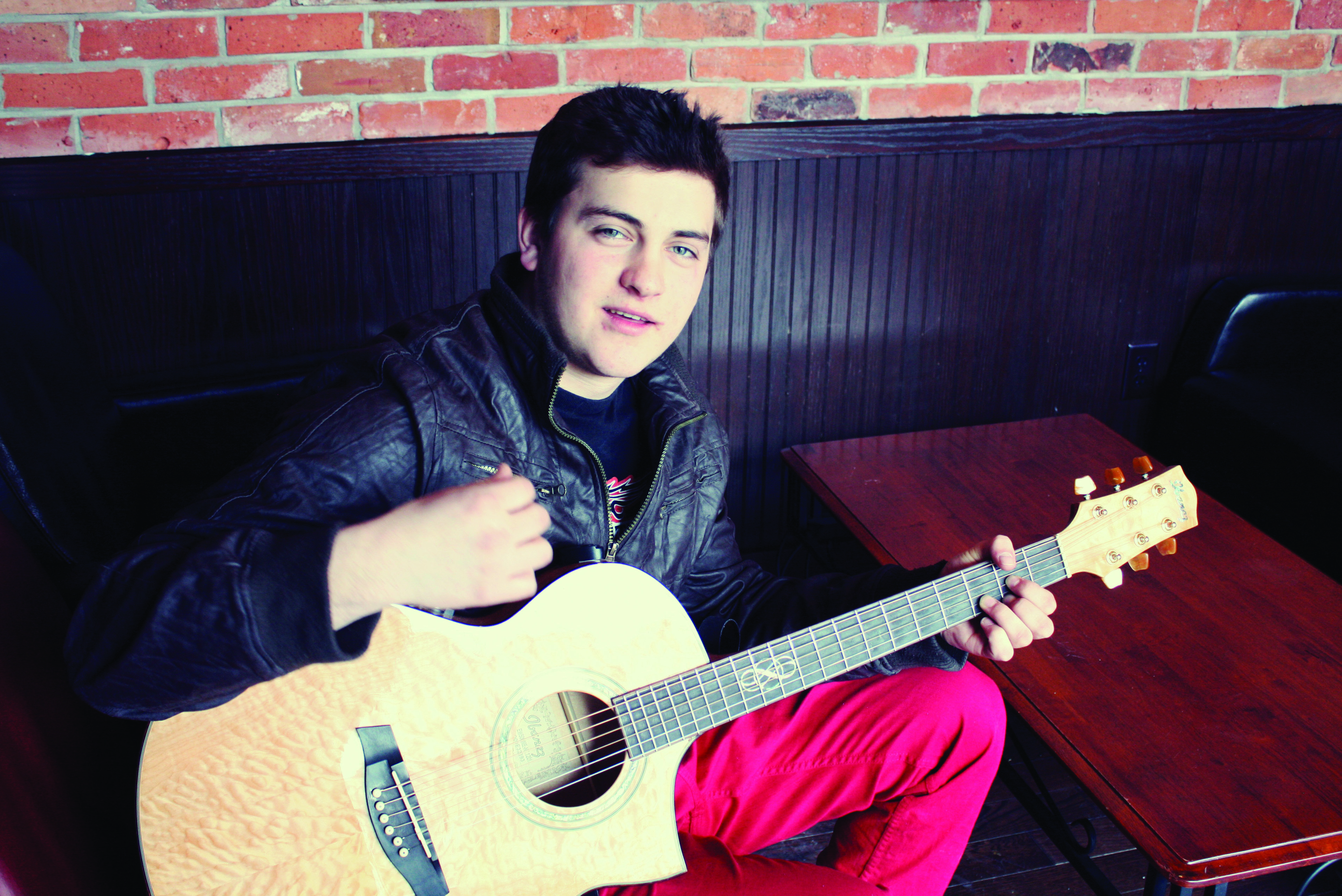 It is not everyday when a first year student at Laurier Brantford takes on the official country music city of the world and is successful.  James Cameron and his band jumped on the road to Nashville, Tennessee and came back to Canada with a brighter road ahead of them

But how did it all begin for him? James Cameron, a native of Kitchener, Ontario, and first year business student at Laurier Brantford comes from a family filled with music, including his sister, Britanie, a fellow band mate. His story all began in the halls of his high school, St. Mary’s in Kitchener, when current bass player, Nolan Greulich, wanted to record some songs and days later put together the band we see now.  But country isn’t the ‘go-to’ genre when starting a typical garage band in high school, but Cameron says his inspiration comes from the home; country music has always been in his family.

Like most newly budding singers, YouTube is their number one medium to get their voice and face out into the world. That is exactly what the James Cameron Band did to get their name out there, but it was a spontaneous decision.

“We always kind of knew from other people that YouTube was the way to go. We were just sitting in my buddy’s house one day jamming out some songs and thought ‘Man why don’t we film some songs and throw them on YouTube?” recalls Cameron. “Or send it to Ellen or something? And I think they actually did that but it never worked,” laughed Cameron.

One view at a time they slowly reached to their current number of over 314,000 views of YouTube. To the everyday YouTube user, you would know that is quite the big number and Cameron sheds some light and advice on how his band reached that number.

They “promot[ed] the heck out of it, bugging people. Using Facebook, Twitter and at our shows too. Its all social media but it’s also the fan base from the shows and getting those big opportunities” explains Cameron.

“My videos also have ads on them. Once you reach a certain amount of views you can apply for partnership with Youtube, I have done that and was accepted. And the profit I make from them I actually put it back into my videos, for better recording gear and stuff like that, its all just a cycle,” he continued.

“It was a crazy experience, we went there for six days having booked two shows, and we were just going to wing it once we got there and we ended up playing everyday we were there,” says Cameron.

When the James Cameron Band came to play at Tootsies, one of the most famous bars in Nashville, their first night, they didn’t expect to be invited back to play every single night they were there. They also did not expect when leaving the Tri-city area back here in Ontario that they would be playing on a live television show, the Billy Block Show, and have their performance broadcasted to every home in Nashville.  That won’t be the last time the music city sees or hears from the Kitchener based band, for they will definitely be back.

The summer of 2013 will not be a slow one for the James Cameron Band, from music festivals to playing in bars and clubs, they won’t have a weekend free. One of their biggest shows they have planned this summer is the Music in the Fields Concert. With big Country music names like Blue Rodeo, Big and Rich, and Dean Brody, the James Cameron Band is among the names of performers.  Last year, the band won a competition and was picked from voters to play on the side stage at this concert last summer.

“They contacted us shortly after [our performance] and [said] ‘we want you guys to come back next year’ and they gave us a spot on the main stage this year,” explained Cameron.

Out of all the popular Country stars, Cameron is most excited to see Canadian Country Rock Band, Blue Rodeo.

“I am definitely most excited to see Blue Rodeo, excited to see them and I definitely love the heck out of them. My parents and sister have seen them and love them, they are amazing and I hope I get to meet them,” says Cameron. “I have a connection with someone in the band, a guy from Waterloo made a custom guitar for me and that’s the guitar I currently have had since the band started,” he continued.

Cameron explains that it was his grandfather that encourage him to get a custom made guitar.

“My grandpa said you need a good guitar if you are going to do this, so he took me to a shop downtown Kitchener. So this is my first good guitar and her name is Delilah,” he explained while showing his guitar.

Despite the busy summer Cameron has lined up for him and the band, he still remains an everyday first year student, and wants his supporters and fans to know that and also know a little more about him.

“Apart from a country singer, I love business. I was into it in high school taking economic classes here. I love my friends, I have best friends in the world, they are also a part of my band its pretty cool. I am super tight with my sisters, I don’t do much other then play music and go to school,” explains Cameron, “I have no complaints because I love what I do.”

When asked, there was one thing that stood out that he wanted his fans and supporters to know.

Cameron says, “I want them to know that they [fans] can come over, knock on my door and ask me to play a song sometime, or help me with my essays,” laughed Cameron.

“I’m pretty easy going and I also appreciate the support here in Brantford and at home in Kitchener too, it’s pretty incredible especially lately,” added the country singer.

While only being a first year Laurier Brantford student, James, along with his band members, have a bright future ahead of them, from everyday Laurier students to having their names in lights for big country festivals, it can only go up from here for them. This year Music in the Fields, and next year perhaps the famous Canadian Festival, Boots ‘n’ Hearts, and even maybe the Canadian Country Music Awards.