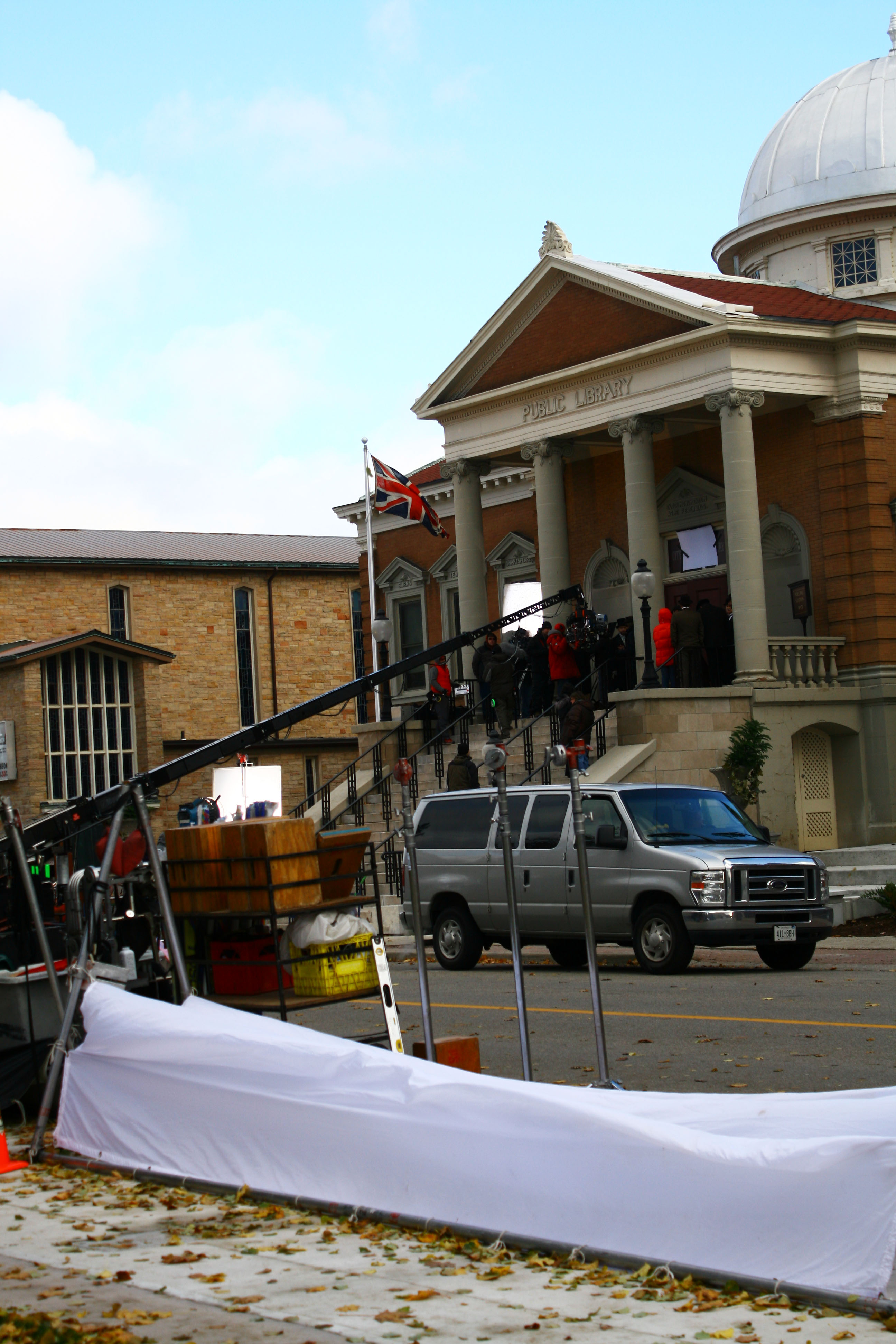 Carriages and horses filled the streets of Brantford last week as Murdoch Mysteries set up a shoot on Darling St. The shoot involved dressing up Laurier’s own Carnegie Building to look like a 1890s Toronto courthouse. The shooting took up the majority of the day, providing the chance for onlookers to come and watch the shooting process. In breaks between shots, the stars would wander around Brantford, often going in costume for a bite to eat in the nearby vicinity.

“I love it [the filming], I watch them on TV all the time.” said Beverly Barrett, a local onlooker, “They should make more, there is a lot of beautiful old buildings up here.”

Public response has been overwhelmingly positive, attracting quite a few people to stop for a minute and see what their town could have looked like 100 years ago. Ultimately there was no friction between the filming and the public, with the general crowd hushed as not to disturb anything. The stars of the show, though ultimately focused on their job, gave warm smiles and waves to the onlookers. However, no autograph sessions were put into place.

This is the second time in two years that the show has come to Brantford, often dressing up Brantford’s preserved historical buildings. This is not Brantford’s first, or last film debut however, with Silent Hill having previously been filmed in Brantford.

For those who may not follow the show, Murdoch Mysteries follows a young police inspector in 1890s Toronto by the name of William Murdoch. Murdoch uses cutting edge science such as fingerprinting and trace evidence to solve some of the city’s most gruesome murders. The show also features Murdoch’s forensics team, including Dr. Julia Ogden and Constable George Crabtree.

The protagonist, William Murdoch, is played by Yannick Bisson, while the supporting cast of Dr. Julia Ogden and Constable George Crabtree are played by Helene Joy and Jonny Harris respectively.

Murdoch Mysteries airs on ABC on Saturday November 15th at 2:05 AM.