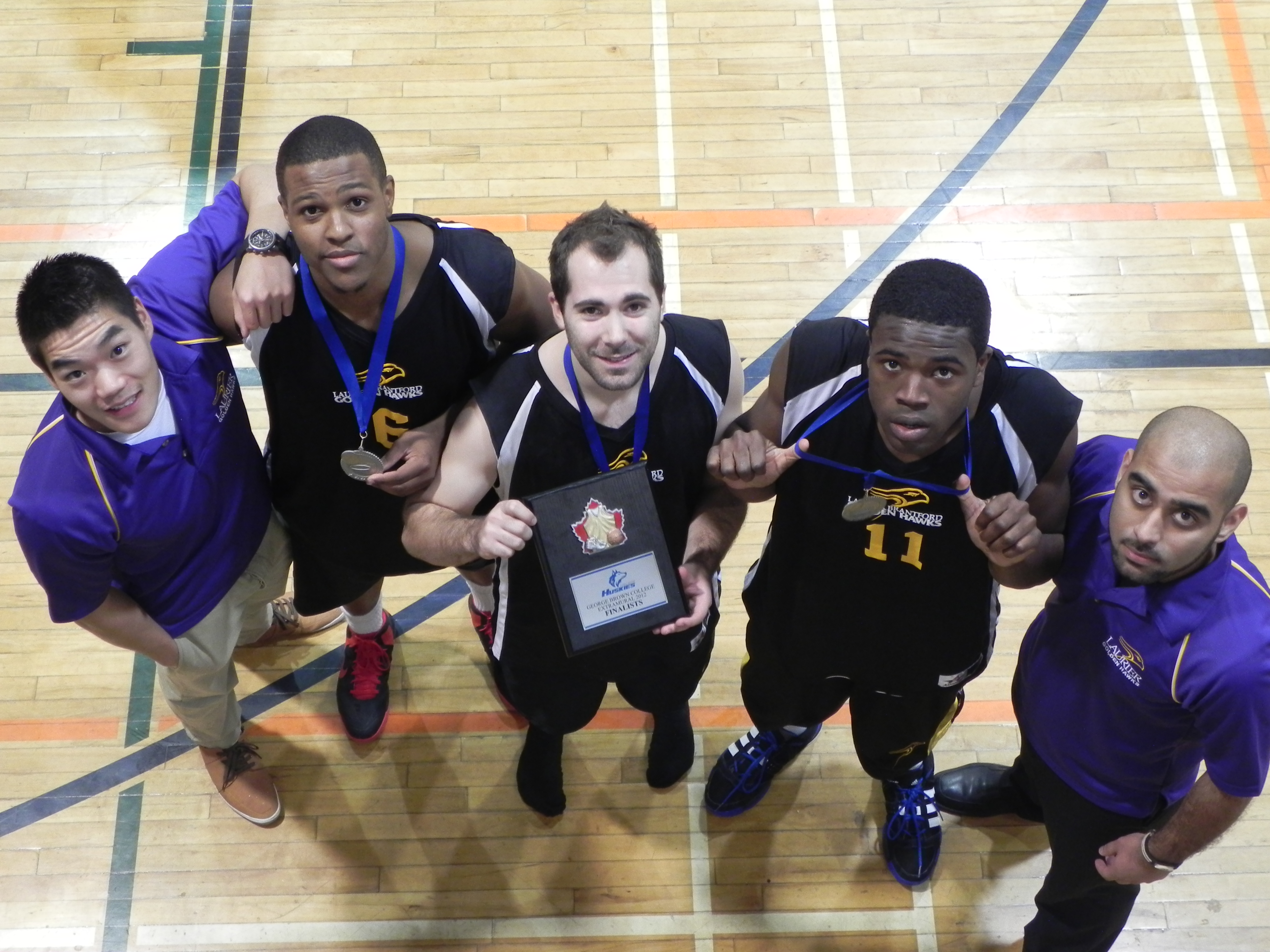 November 3 will stand out as a proud day for Laurier Brantford athletics in 2012. The men’s basketball team went into George Brown College this past Saturday to take part in their first tournament of the season and came out with a silver medal – the first piece of hardware a Laurier Brantford team has received. Co-captain Matthew Wright couldn’t be happier to have obtained this honour. “We wanted to get this win for the school, everything was for the program. Everything’s still sinking in.”

After beating Centennial College to get to the tournament final, who Wright said was the best team in the tournament, the Hawks simply couldn’t keep pace with the host team from George Brown. Having only ten minutes between the semi-final and final, a tired Golden Hawks team fought hard, but ended up losing 60-41. “It came down to mental errors [due to the lack of rest]. By the end of it we were just so burnt out.”

Endurance and having fresh legs is something that is so key in basketball and when you have to deplete your bench to try and stay rested, things aren’t going to go as planned. Legs get a little weaker, you cramp easier and shots that were falling earlier in the tournament can’t get passed the rim. Not all the fault can be put on the team for not having the endurance necessary to keep up as they got stuck with however the schedule was going to work out. But if the team plans on winning it all, that can’t be used as an excuse. More than simply hitting the gym and increasing the amount of running and endurance training, Wright wanted to stress the importance of eating right before and in between games.

The team now has a two week break before heading to University of Toronto’s Mississauga campus for their next tournament on November 16. The competition is going to be ramped up, as the host team is definitely one of the best in the OCAA (Ontario Collegiate Athletics Association). But the goal doesn’t change; they want to bring home not just a silver medal, but a championship trophy to Brantford. But with the newfound success does come some added pressure to perform. However, it’s something Wright welcomes. “It adds good pressure. Going into tournaments we know what we’re capable of.”

The team has come a long way since their inaugural season last year. Every consecutive tournament the Hawks have been in has been an improvement from the last. The team went from a seventh place finish to third in their two tournaments last year, and now silver in their first one of this season. But once things settle down, it’s back to the gym practicing like it never happened. Everything up to this point has been a building block for the team. Wright felt second place was a good start to the season. But it’s all about how you finish. And a successful finish is one that involves having that trophy in your hands. With all the time and effort the men’s basketball program is putting in, they are ready to go onto the University of Toronto Mississauga’ home court and finish what they have started.