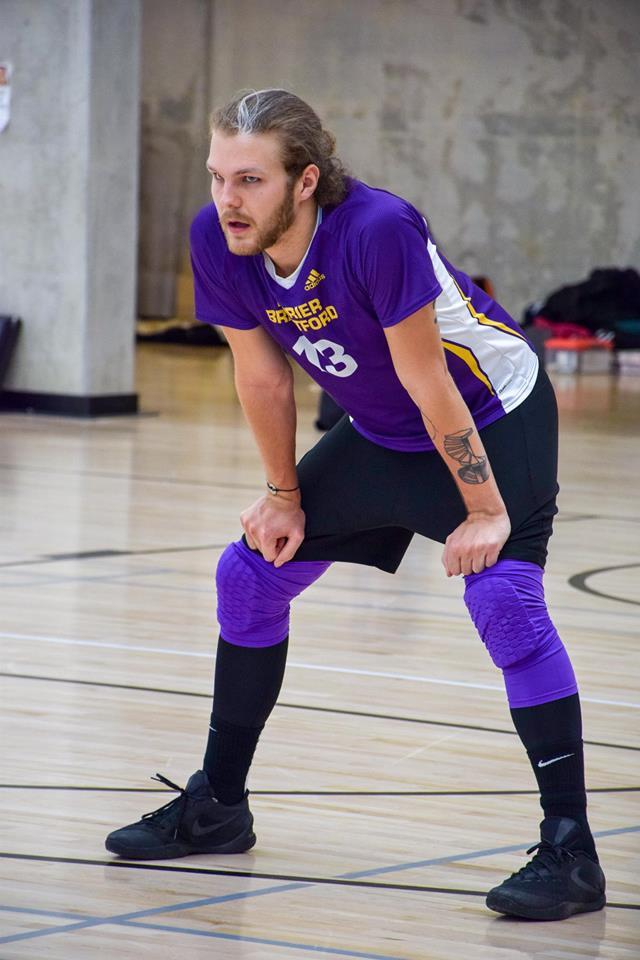 Results weren’t exactly what the team wanted, but team captain Joel Schellenberger was happy with the performance.

“For sure our best tournament of the year,” said the second-year student. “Played within two points of the strongest team at the tournament in the first game, followed up with a decisive win in the second game. Overall quite happy with the effort and compete level of our players.”

Despite the results not being what they wanted, the Golden Hawks did better than they did in their last tournament. This time they went one win and two losses in the preliminary round as opposed to losing all three.

The games that they lost were close, many of them ending within two or three points of each other. Had the Golden Hawks executed on those late-game chances, they would have been 3-0 going into the playoff round.

The Golden Hawks lost closely to rivals from Humber Lakeshore and Centennial College.

“We’re good buds with the people on the teams so I’m not sure about rivalry, but our teams are similarly matched skill-wise so they’re usually the tighter competitive games,” said Schellenberger.

To Lakeshore, Laurier Brantford only lost by two points, and they only lost by three to the Colts. The Golden Hawks won the second set of both games by at least five points each time.

“The good news is that we’re putting ourselves in positions to play in those close games, to learn from the tight matches, to grow as players and we’ve got a young team that’s absolutely ready to take those next steps moving forward into next season,” said Schellenberger.

Laurier Brantford took a victory against Durham College in just two sets. The first game finished with a score of 25-14 and the second one 25-12.

“We’re a young team,” said Schellenberger. “We’re scrappy, we’re hungry and we’re learning from the process so that we don’t throw away our shots moving forward. If we trust our process and stick together, I’m really excited for the future of volleyball at Laurier Brantford.”

In addition to being team captain, Schellenberger also plays the role of team coach. His responsibilities include running team practices and making the line-ups for games and tournaments.

The women’s extramural volleyball team also had a tournament Friday. They played a long, hard-fought day and ended the tournament with a loss in an overtime battle. The team has a chance to redeem themselves in their final tournament of the year on March 8, which will be hosted by Laurier Brantford at the YMCA.

Joining them will be the men’s tournament in which the Laurier Brantford men’s basketball team will also compete.

The Laurier Brantford basketball tournament will wrap up the extramural season for this school year.