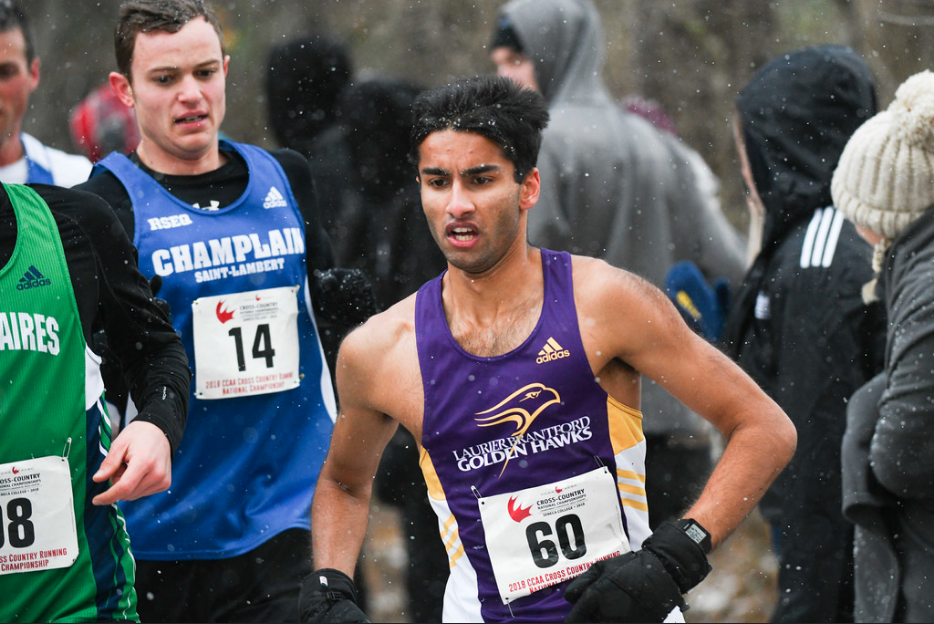 The Laurier Brantford’s cross-country team finished their memorable season with the opportunity to leave their mark at the Canadian Collegiate Athletic Association (CCAA) national championship.

Unfortunately, the women’s team fell just a little short of their goal of a top 10 finish, but there is still plenty to be proud of as the team still placed 12th out of 24 schools. The event took place on November 10 in King City, Ontario.

The women’s team, led by Ontario Collegiate Athletic Association (OCAA) Rookie of the Year Vanessa Brown, ran strong all season right up until the very end. Brown finished 21st out of 117 individual runners with a time of 25:17. To add to Brown’s already impressive year, she was also named to Second Team All-Ontario.

“I felt good; it [nationals] was a good race,” Brown said.

While it isn’t quite the result the team wanted at nationals, not enough can be said about how well the team did to get there in the first place. As coach Currie put it, “The main goal was to get the women’s team to nationals.”

And that they did: The team secured their spot by finishing third at the Ontario championships two weeks ago. Not only did they medal, but it was also the first time in Laurier Brantford history that a varsity team medaled, making it that much more special. Another amazing accomplishment was the fact that in only the third year as a varsity program, the team made it to nationals for the second time.

When asked about his team’s performance, Coach Currie said, “They did a fantastic job and I couldn’t be more proud.”

While Sophia Nowicki of Lethbridge college won the overall race with a time of 23:32, it was Fanshawe College who claimed the national title with a total score of 45. Fanshawe is not new to success at cross-country, as they won the Ontario championship title this year and finished second at last year’s national championship.

Ahad Naim represented the men for Laurier Brantford, and did quite well. He finished 26th overall and just like his teammate Vanessa Brown, was named to the Second-Team All-Ontario.

Matthew Travaglini of the Southern Alberta Institute of Technology (SAIT) finished first, but his team finished just shy of the gold medal. They came in second. St. Clair College finished in first place and won the national championship for the men.

The course conditions were less than stellar for both the men and the women, as it was very hilly and that tends to slow runners by at least a minute and a half. In addition, the course was icy and the temperatures were below zero, making it very difficult for runners to be at their best.

“It was by far the worst running conditions I’ve ever been in,” said Naim.

It also happened to be snowing when the men ran, making things even tougher for them to perform.

As this season ends, runners are already looking forward to next year. Laurier Brantford cross-country hopes to build on an already impressive resume by placing at nationals. As Vanessa Brown put it: “For the team next year, I want to see us place top five at nationals and bring home a silver for OCAA.”