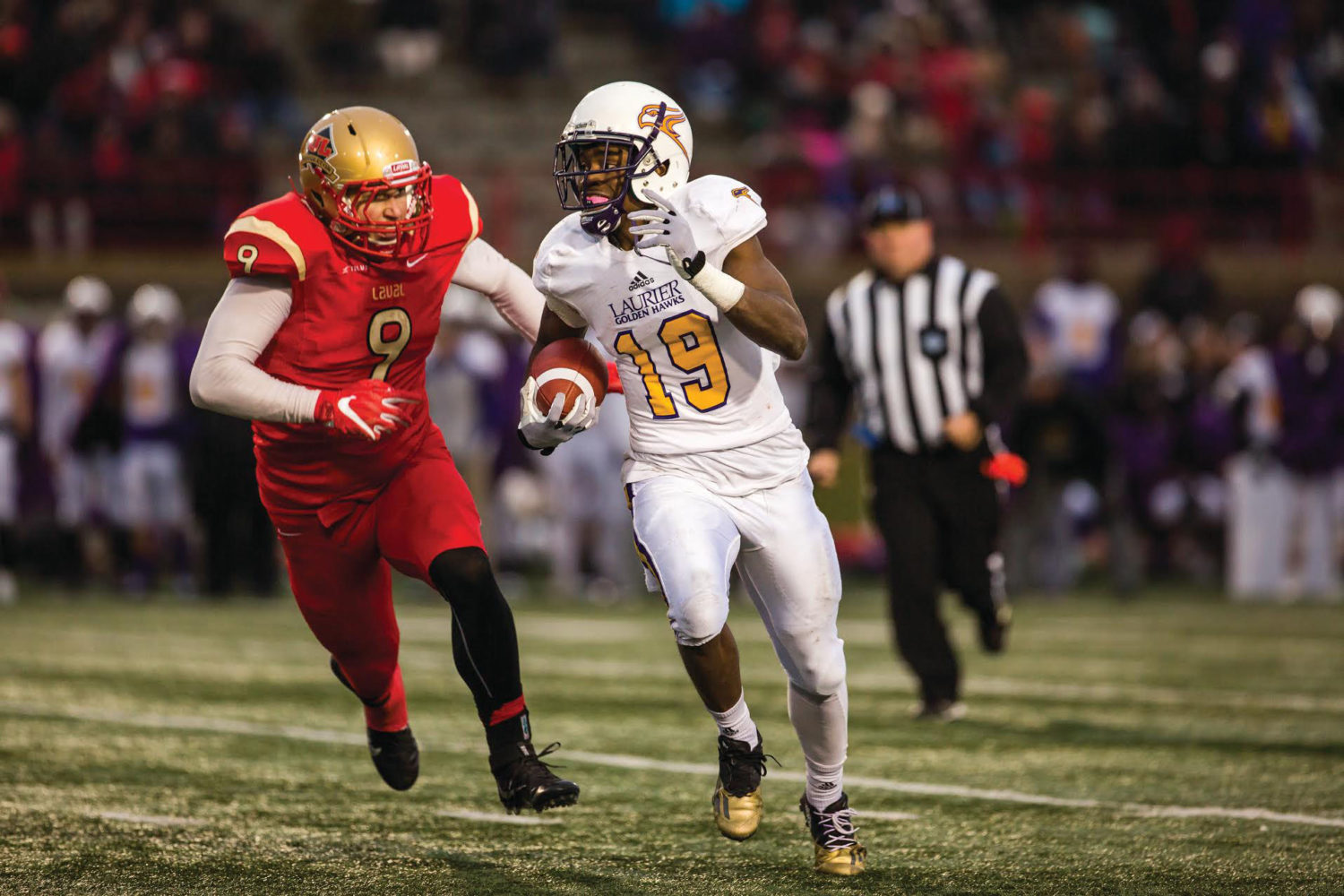 Laurier scoring their first points with 27 seconds left in the game, on their 16th drive, is all you need to know about how rough of a day it was for the Laurier offence.

Playing the top team in the country, Laval was always going to be tough especially in Quebec City; Laval is now on a 80-3 run on their home turf. Heading into the game Laurier was already missing their starting running back Eric Guiltinan, who suffered a knee injury against McMaster in the OUA semifinal’s. New starting running back Levondre Gordon was injured early in the second quarter with an apparent concussion. Down to their third string running back, Laurier also lost their leading receiver when Kurleigh Gittens Jr. was injured on their next drive.

The offence only managed 75 total yards in the first half putting pressure on the defence to keep the score close. With stars across the defence it was surprising to see Laval move the ball efficiently through the air and on the ground. Laval jumped out to a 29-0 lead by halftime, and scored on five of their first seven possessions. 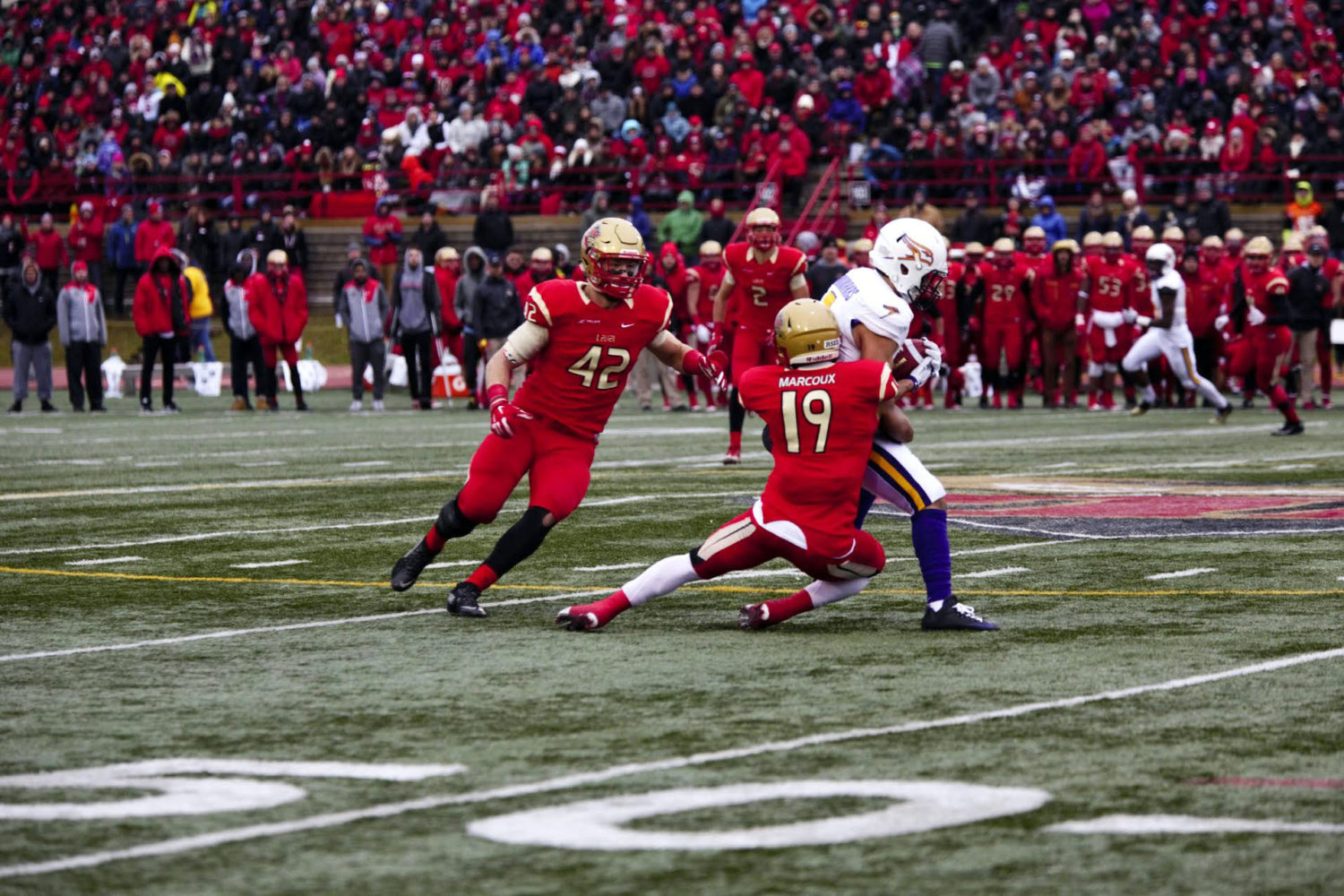 Laval quarterback Hugo Richard spread the ball around, he started the game completing nine of 10 passes. Richard finished the first half 15-21 with 151 yards and two touchdowns, Richard also added 52 yards on the ground, on four carries.

Head Coach Michael Faulds appeared to inspire the team during halftime as the defence forced two quick punts and only allowed 10 yards on four plays. Carson Ouellette returned a punt 36 yards to the Laval 54 giving the offence a chance to get on the board.

Osayi Iginuan ran the ball 11 yards on the first play of the drive. A quick pass from Michael Knevel to Brentyn Hall for 25 yards set up the offence inside the Laval 20. On the third play of the drive Iginuan broke off a big run but fumbled at the Laval 6 ending the drive and killing Laurier’s momentum.

After the fumble, Laval effectively ran out the clock for the rest of the game. Richard added another scoring run to his total with under two minutes left in the third which extended the Laval lead to 36-0. The Laurier run defence struggled all game and allowed Laval to rush for 267 yards on 36 attempts.

Hall was on the receiving end of a Knevel pass that went 26 yards for a touchdown but a failed two-point conversion left Laurier down 36-6 with 1:57 remaining. Knevel finished what could be the final game of his career completing 21 of 45 attempts for 174 yards with a touchdown and interception.

The result only tells half the story for this Laurier team that is rebounding from a 1-7 record in 2013. Since Faulds took over as coach in 2013 he has helped rebuild the program and was named USports coach of the year this year for his efforts.

The strongest part of this Laurier team under Faulds was the defence, especially the defensive backs. Malcolm Thompson, who was injured against Guelph before the playoffs, and Godfrey Onyeka lead the group and should both be back next year after being named first team All-Canadians.

The star on defence though was linebacker Nakas Onyeka who was named OUA defensive player of the year and was a first team All-Canadian. Onyeka is a top 20 prospect in the CFL draft but could potentially return for one final season. 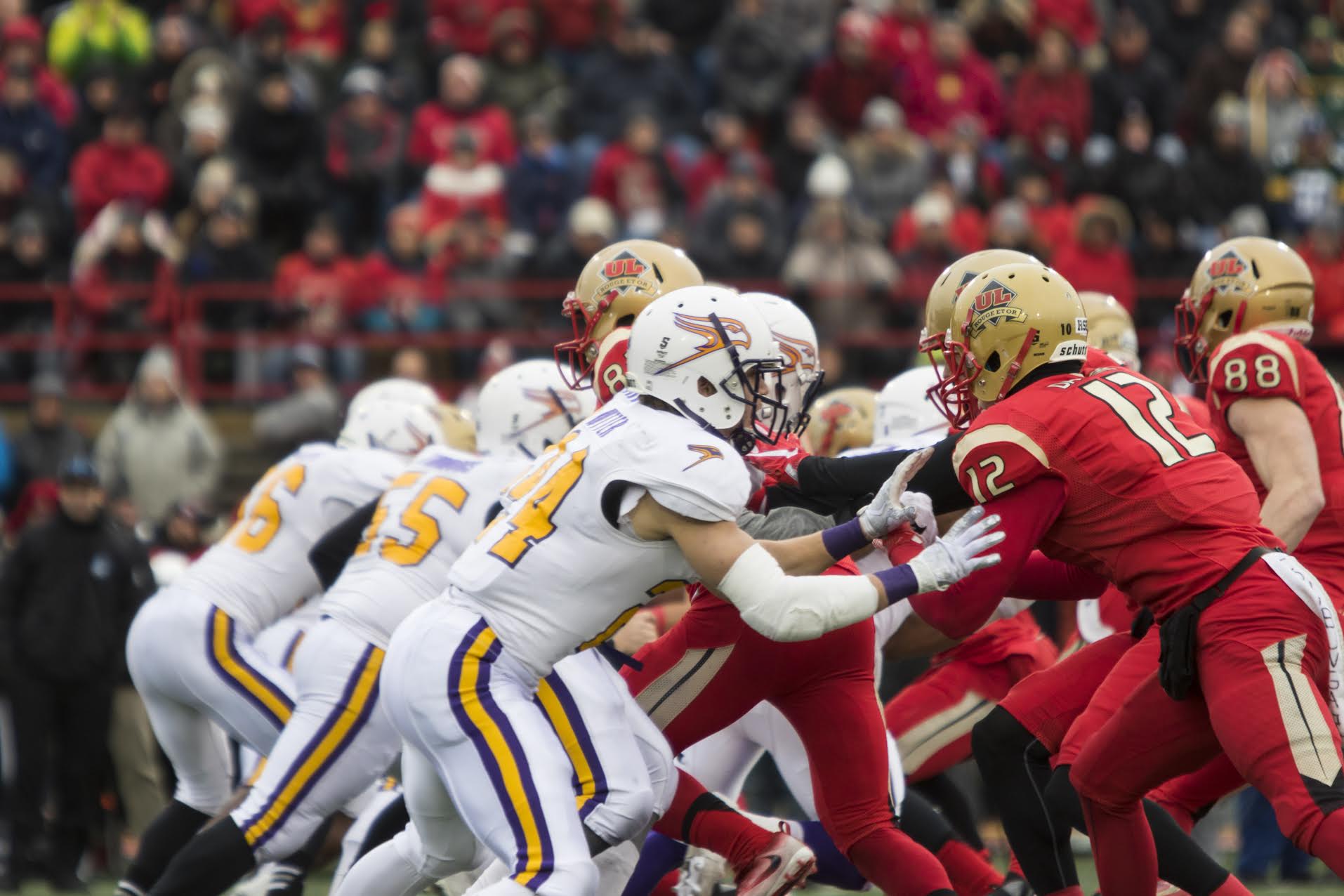 The defensive line will be losing one of Laurier’s top players in school history Kwaku Boateng. Boateng is the second ranked prospect heading into the CFL draft after being named OUA defensive player of the year in 2015. He was also named as a second team All-Canadian for the second consecutive season.

Jalen Price, defensive linemen, and Ron Kinga, defensive back, may also be gone after this season creating more playing time for young players. On offence, the team will be losing Guiltinan, along with Knevel and Julien John, both starting quarterbacks from this season. The team will most likely turn to either Tristan Arndt or Jacob Spinella at quarterback, both are sophomores and were top recruits coming out of high school.

Running the ball could also be a problem next year with Laurier projected to lose four of their five starting offensive linemen. The offensive line played a role in the strong running game Laurier had this season averaging 281.4 yards per game on the ground, tops in the OUA. The returning Gordon and Iginuan will be relied upon more to get yards using their skills instead of relying on large holes from the line. The passing game will also benefit from a receiving group that will be returning their top two options, Gittens Jr. and Hall.

Next season Laurier will be hoping for another top five ranking and a chance to host the Yates Cup. Also, next year Laurier will be looking to make their first Vanier Cup since 2005 which will be held close to home in Hamilton. 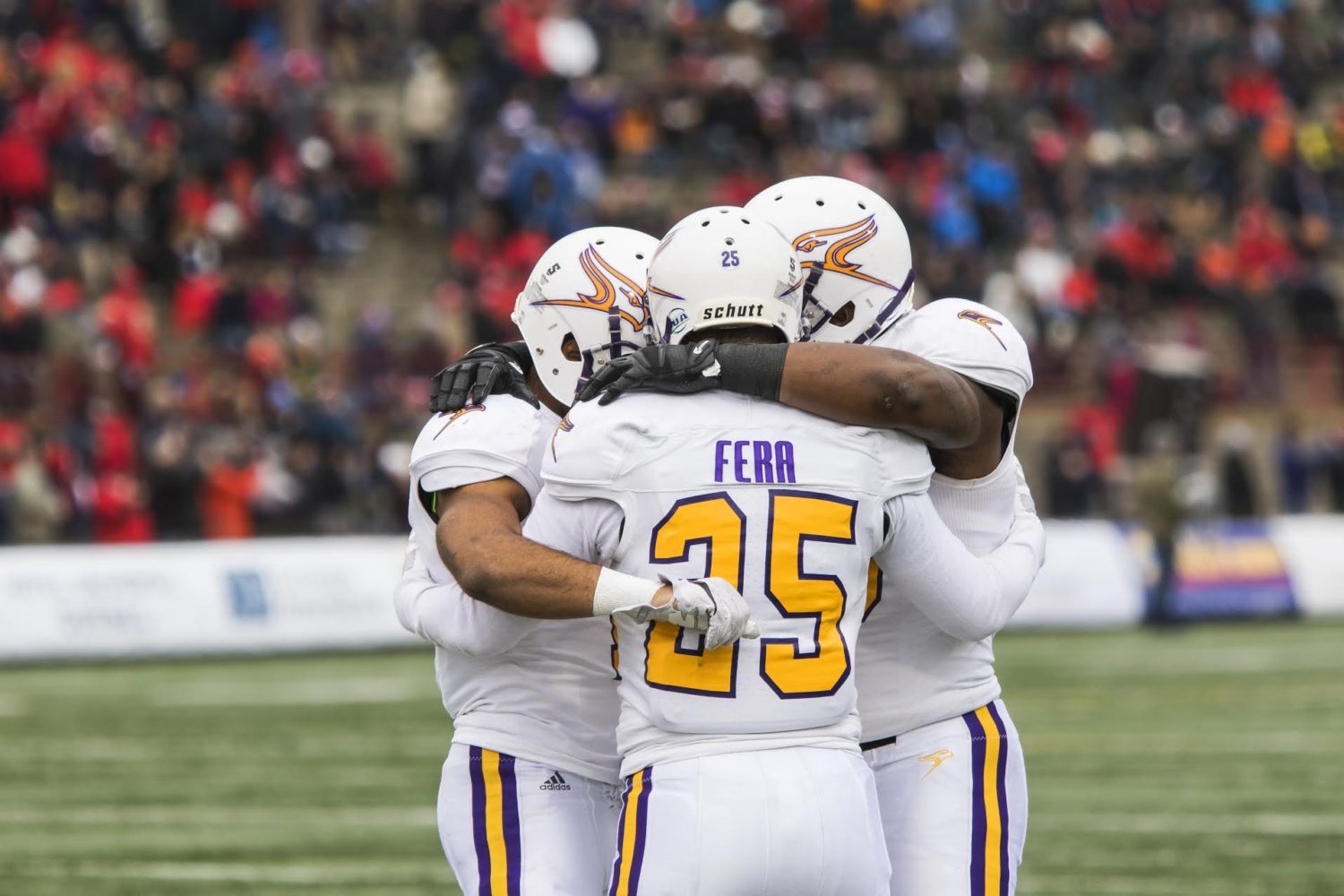 Photos courtesy of The Cord