Laurier Lead by Women’s Duo in First Ever Varsity Competition 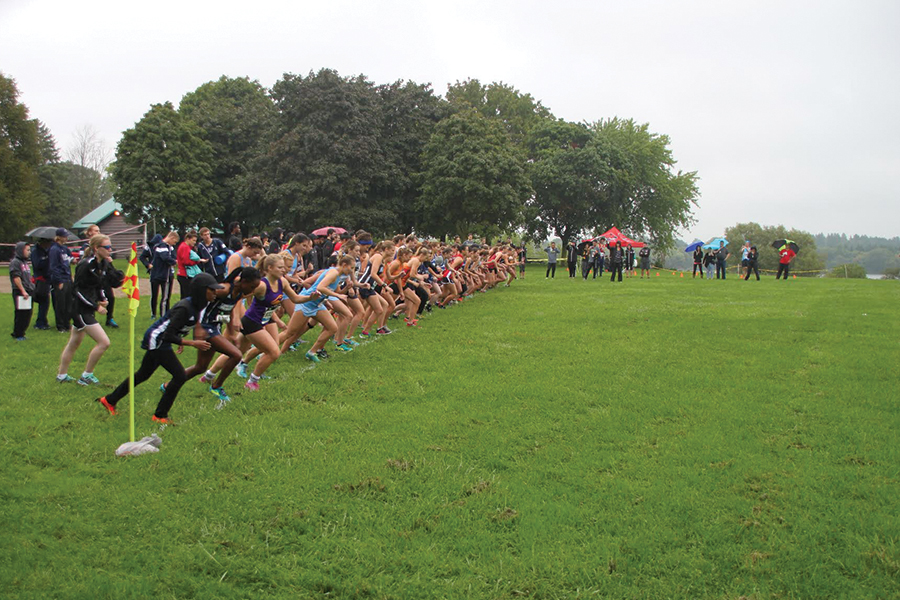 A major goal has been achieved for the athletic department in Brantford after the cross country team opened their season at Fanshawe.

With only a week worth of practice, the team only had 3 athletes attend the meet. Even with short prep time, a pair of women still managed to leave their mark.

In the women’s five KM race, freshman, Mahayla Markell finished in 37th place with a time of 22:54. After a strong start, she fell back a little overall. Markell said, “In the middle (of the race) I felt a little shitty. But the ending went really well.”

With two more races before provincials, Markell has intentions to improve, “Finishing top 50 is definitely something I want to improve on.”

Sophomore Jessa Braun finished in 39th in a total time of 23:01.

Head coach Cory Currie has high hopes for the two. “The girls ran really well and surprised me. Top 40 is impressive with most of the schools here that will be competing in provincials.”

The race was won by Mary Strain of Cambrian college in an amazing time of 18:47. Strain won the race by over a full minute to celebrate her birthday.

In the men’s race, the only Golden Hawk on the course was sophomore Kullen Stewart. Stewart finished his eight KM race in a time of 37:45. His time was good enough to finish in 96th out of 110 competitors.

Stewart was expecting to have some troubles with the distance due to his training in half marathons which require more endurance over raw speed. Stewart’s strategy for running is, “a mile is a mile. You race against yourself instead of against the competition.”

Seth Maccaccio won the race in a time of 26:34. The Fanshawe runner used his home-field advantage to win a close race with Rob Asseltine finishing 13 seconds later.

Megan Jacklin represented Laurier’s athletic department for Brantford as the Coordinator of the Fitness and Lifestyles program. Jacklin described how the opening weekend as a “Great start for our department as we start in OCAA (Ontario College Athletics Association).”

On the debut of the school in the OCAA, Jacklin said “It was a great showing. This was a great chance to show our athletes and our faces around. A lot of people were hyped that we are now going to be competing in varsity sports.”

Although Laurier only had three runners this meet, in the future Currie will have eleven runners to select from with potentially all eleven being chosen for a race. To be eligible for the team competition, a school is required to have four runners in a race, which the team is expected to have.

Markell said on the future of the team, “Me and Jessa being close together allows us to push each other and improve our results together.”