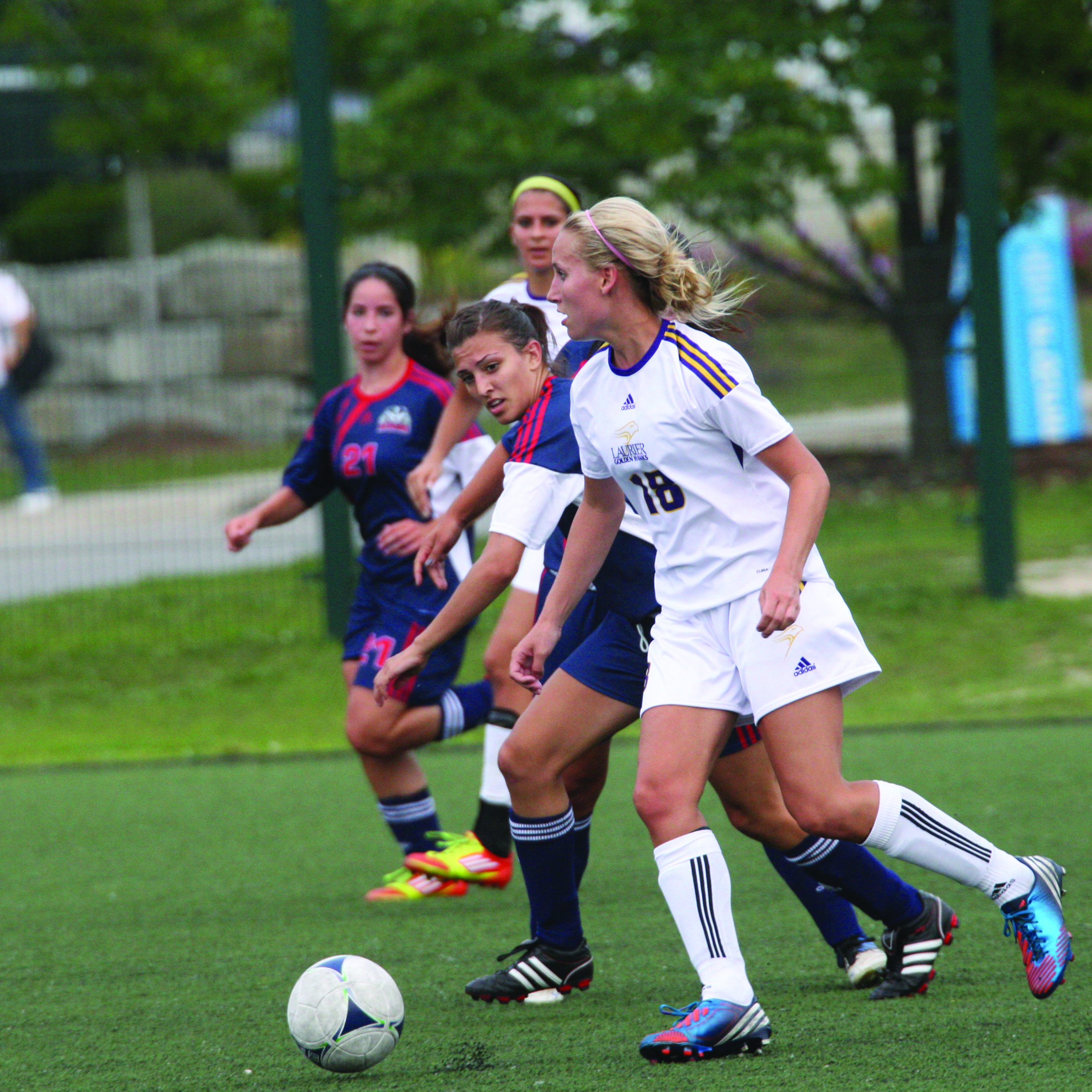 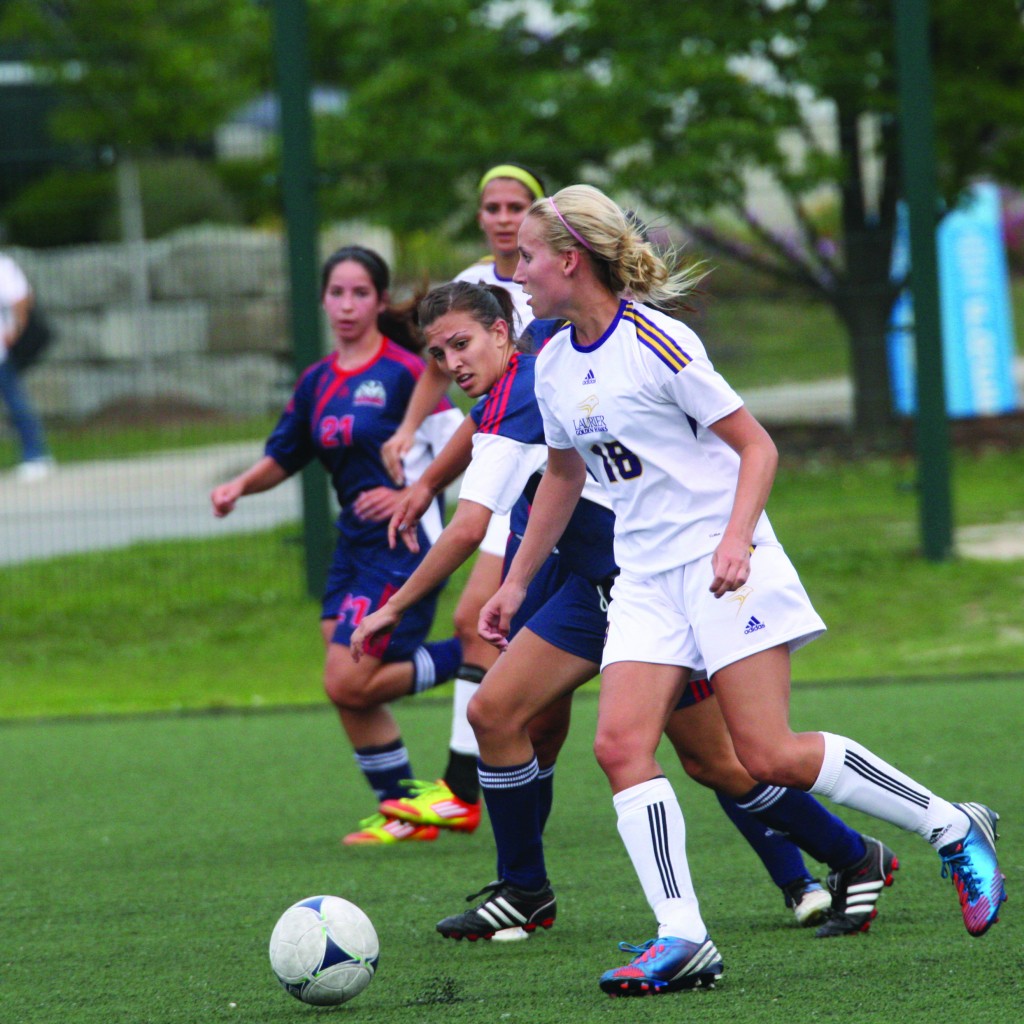 After a 12-2 season in 2011, the Golden Hawks’ women’s soccer team has continued their winning ways in 2012, punctuated by a 7-0 win against Brock on Sept. 5. Entering play on Sept. 9 against their cross-town rivals, Waterloo, the Golden Hawks have two wins and a draw which is good enough to earn them a spot as the seventh highest ranked squad in the CIS (Canadian Interuniversity Sport).

This is a spot that is certainly well deserved following such a convincing home win. The onslaught began in the seventh minute when Emily Brown found the back of the net, which she followed up five minutes later, to put Brock in a very early 2-0 hole.

Brown, a forward from Waterloo, has burst on the scene for Laurier, showing she’s a natural-born scorer. In her incredible rookie season in 2011-12, she scored nine goals in 14 games, four of which were game winners. These impressive stats helped her achieve numerous awards. She won 2011 CIS Academic All-Canadian, 2011 OUA (Ontario University Athletics) Women’s Soccer West Rookie of the Year, 2011/2012 Rich Newbrough Rookie of the Year Award and 2011/2012 Laurier Team Rookie of the Year.

And with her two goals on Wednesday, she has tallied four in two games played. Not to be outdone, Krista Celluci scored two goals of her own – her first two of the season – at twenty-five and thirty-nine minutes in. Celluci is another player whose scoring will be greatly leaned upon this season. The fourth year from Mississauga, Ontario was an OUA Women’s Soccer First Team All-Star at the forward position last season, finishing second in the OUA in goals with ten. Along with Julie Maheu’s goal in the 14th minute and Shelby Fallis’ goal to close out the first half, the six goal cushion was more than enough to bring home the win.

In Waterloo, the Golden Hawks will be facing a team on a downslide, losing their first three games of the season. The Warriors have never been a particularly good women’s soccer squad, but no team should be taken lightly. It is the games that a team is expected to win that are the most important, as when it comes down to the final records of the season, that one upset loss may be the difference between home field advantage in the OUA playoffs or not for a great team like Laurier.

With such a potent offensive attack and solid defense like the women’s soccer team has, they should once again be a force to be reckoned with. The women will be poised to return to the OUA playoffs and build upon last year’s birth in the CIS quarter-final.