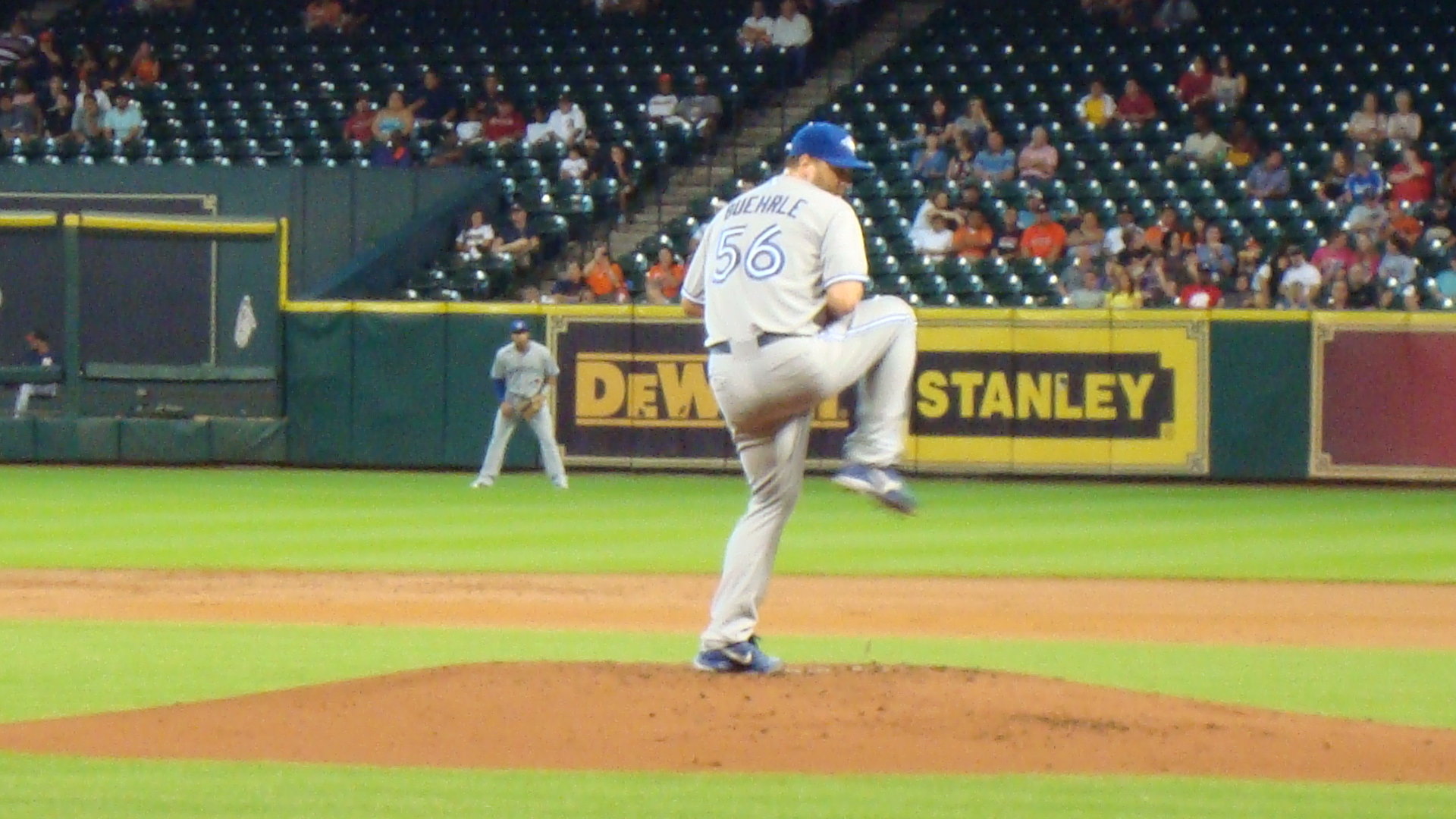 In a dreadful August roadtrip that saw the Blue Jays lose eight in a row, starting pitcher Mark Buehrle was able to stop the bleeding as the Jays rallied late and trumped the lowly Houston Astros 2-1.

The Astros, who have the worst record in baseball (43-86), were supposed to be a team to help the fifth-place Blue Jays (58-73) bounce back after losing six of seven games against American League East Rival New York Yankees and Tampa Bay Rays. However, things turned out completely the opposite, as the Astros started the series with two big wins, 12-4 on Friday and 8-5 on Saturday.

Although pitching well, giving up only a single run in eight innings of work, Buehrle and the Blue Jays still found themselves on the losing end of a 1-0 game thanks to a double play by second baseman, Jake Elmore that scored third baseman, Matt Dominguez, setup by his walk and two singles by center fielder, Brandon Barnes and shortstop, Jonathan Villar.

When it seemed like the Jays’ losing streak was going to continue at the hands of the worst team in MLB, the Blue Jays staved off the loss in the ninth and final inning. After Brett Lawrie drew a walk from Astros’ closer, Chia-Jen Lo, left-hander Adam Lind came in to pinch hit for designated hitter, Mark De Rosa and hit a single to centerfield. Fan favourite, Munenori Kawasaki pinch-hit for catcher J.P. Arencibia drew a walk, which set the table for right fielder, Moises Sierra.

A walk to Sierra would bring in the tying run, and two batters later, rookie, Ryan Goins would bring in the go ahead run to take a 2-1 lead. The Astros would make it interesting, loading the bases in the bottom of the ninth, but Blue Jays closer, Casey Jansen weathered the storm for his 23rd save of the season.
Lately the left-handed throwing Buehrle has been the lone bright spot in the Blue Jays’ pitching rotation. In a year in which the team went out and tried to address pitching, something that is often their biggest hole, things have not panned out. They traded for reigning National League Cy Young winner, R.A. Dickey as well as perennial All-Star Josh Johnson to go along with Buehrle. But Dickey has been average and Josh Johnson, before sustaining a forearm injury, was very disappointing.

Buehrle has quietly improved and returned to the form expected of him after a disappointed start. Since the All-Star break in July, he is 4-1 with a 2.63 ERA. With a rotation in disarray, a consistent veteran presence is key going into next season.

The Jays now attempt to take the positives from their final game in Houston back to Toronto as they return home to face the Yankees and Royals. They will be in tough against the Yankees, a team they have lost 10 straight games to. But if the Jays were able to break their losing streak against the Astros, with solid pitching and scoring runs when they need to, they have a chance to do the same against the Yankees.