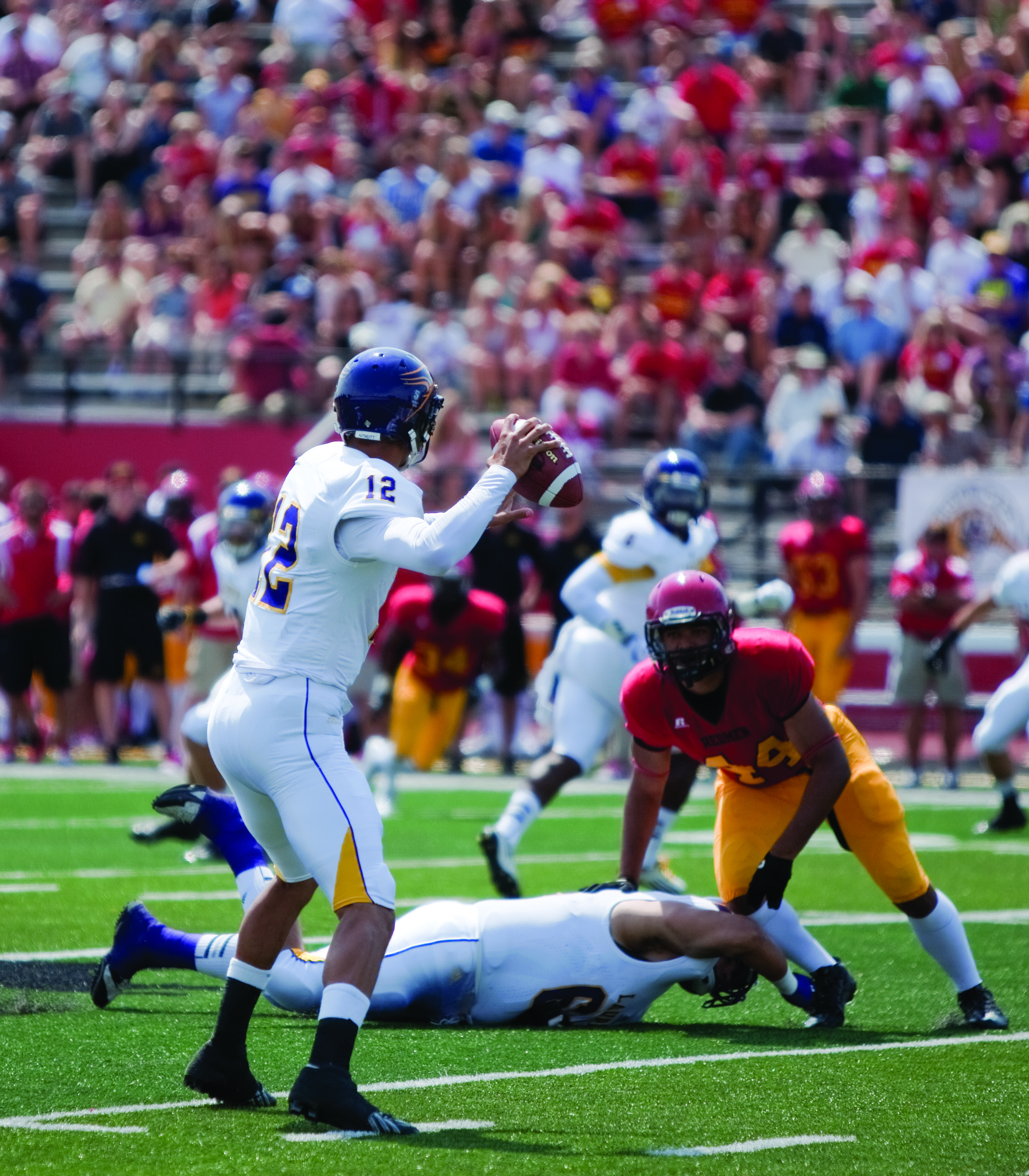 The Laurier Golden Hawks had a season to forget last year, ranked dead last in total offense in Ontario University Athletics (OUA) and their passing game was ranked eighth out of 10 in the OUA with only 179 yards passing a game. Compare that to McMaster which averaged 370 yards a game, the Golden Hawks have a long way to go to get to OUA’s elite, let alone the Canadian Intrauniversity Sport (CIS) elite.

Enter Michael Faulds, a former quarterback for the Western Mustangs, who holds the CIS record for career passing yards.  He served as the York Lions offensive co-ordinator for three years in which the Lions saw a great improvement in their passing game that ranked dead last in the OUA when he started, to third overall last year.

Third-year quarterback Steven Fathman is most likely to feel the impact of the new head coach. Last year he played in seven games completing only 53 per cent of his passes with seven touchdowns and six interceptions. If the Golden Hawks want to improve from last year the quarterback position and the passing game is a good place to start. It’s not unreasonable to expect the passing game to improve with a seasoned quarterback combined with the experience and background of Faulds.

The running game didn’t fare much better last year, only averaging around 113 yards per game, which ranked them second last in the OUA. Lance Freeman, third year running back and a native of Denver, Colorado, was the team’s starting running back last year. He averaged 3.6 yards per carry in a season that he had 183 rushing yards to go along with two receiving touchdowns. It appears that Freeman would be a great back for Faulds’ system considering the extra dimension he brings to the passing game, which is needed in the three down Canadian football style.

The receiving game wasn’t up to par as you would probably be able to guess. No Golden Hawk receiver ranked in the top 20 of the OUA but that is a product of the struggling passing game from last year. Under Faulds there were three York receivers that were ranked in the top 20.

Unlike the offensive unit from last year, the defensive unit played well together. They were ranked sixth in the OUA for total yards allowed and they were ranked fourth in rushing defense. The rushing defense allowed 145 yards per game last year and was led by fourth year line backer Drew Galpin. Galpin led the OUA with 59 total tackles and was second in solo tackles with 47. Part of this could be attributed to the amount the defence was on the field, but never the less Galpin gave the Golden Hawks a good inside presence on the defensive side of the ball.

The Golden Hawks also struggled with their passing defence, ranked eighth in the OUA allowing 265 passing yards per game last year. Teams chose often to pass the ball on the Golden Hawks and with good reason, the passing defense as a unit last year combined for a total three interceptions. That stat has to change in order for this season to be successful.

As for the coaching staff, Faulds introduced five new coaches for the 2013 season. Irv Daymond, who will be coaching the offensive line, Mark Surya, who is responsible for the receivers, Ryan Lynch, the running backs coach, and Anthony Cannon will be coaching the defensive line. Faulds will be doubling as head coach and offensive coordinator and is expected to full fill a more hands on approach with his new team.

It is clear with the hiring of Faulds as the new head coach that the expectation is that the offense should improve. With his background as a former CIS quarterback and offensive coordinator, Faulds should improve the Golden Hawks offense.

With only two fifth-year players on the team, this roster is made up of a majority of first- and second-year players which historically means that the team is more likely going to struggle in this first year. But it’s not all doom and gloom for the Golden Hawk and their supporters. It appears that Faulds is in the process of not just trying to win this year, but trying to build a program. In the short term this team probably will struggle, but in the long term the future looks bright.