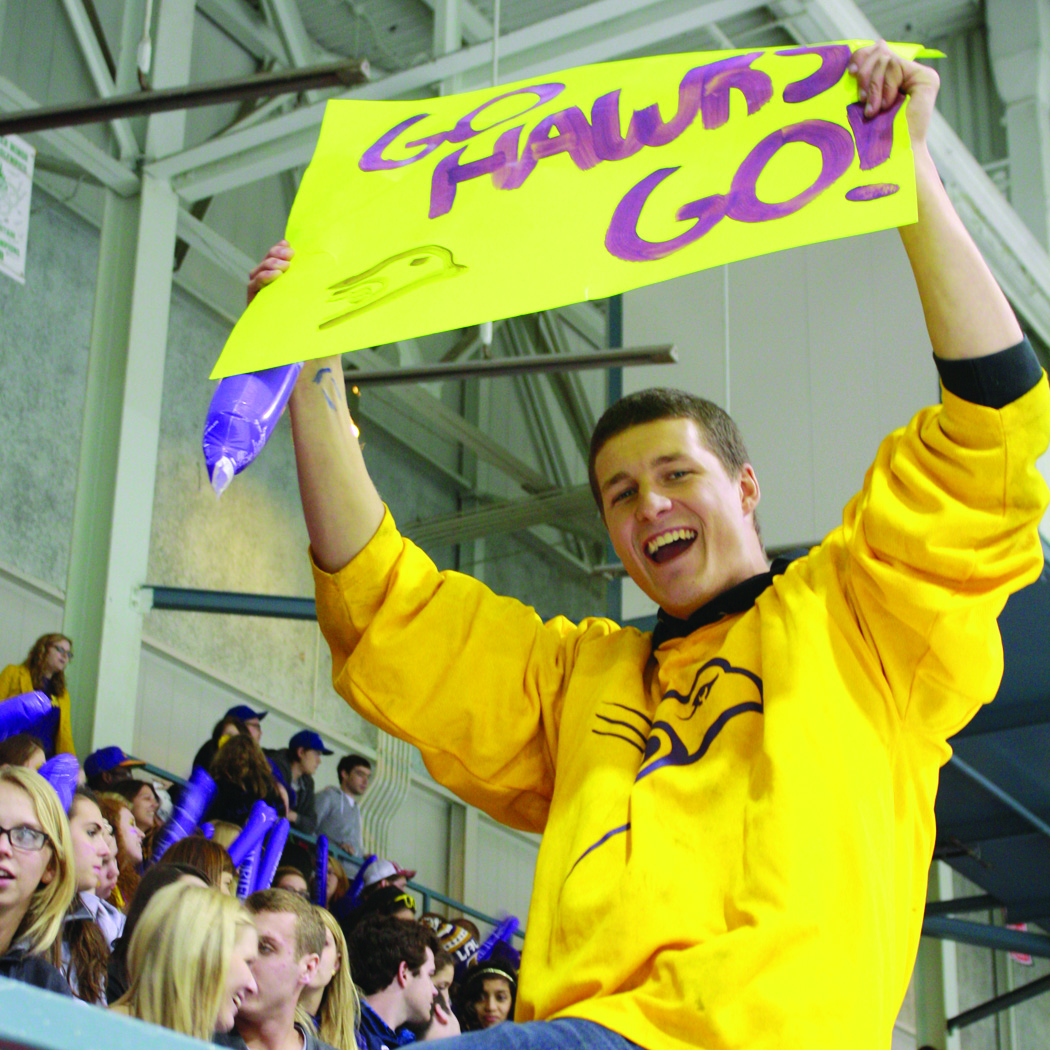 The Laurier men’s hockey team could not pull off a win in front of hundreds of raucous Laurier Brantford fans, losing 4-0 to the Lakehead University Thunderwolves. The atmosphere inside the Brantford Civic Centre was electric, with almost every fan decked-out in purple and gold from head-to-toe.

Through the first period of play, the Hawks were standing strong against the tenth-ranked Thunderwolves, feeding off the energy in the arena and keeping it a scoreless game. However, early in the second period Lakehead silenced the crowd with a beautiful goal on the power play in front of Laurier’s net from forward, Thomas Frazee. Laurier’s problems on special teams became a recurring theme throughout the rest of the game.

On each of Laurier’s four penalties, the puck ended up in the back of the net. The penalty kill plagued the team greatly last year in what turned out to be a 17-loss season. The Golden Hawks had only given up one power play goal throughout the first three games of the season. Yet, if they continue to have poor penalty killing like Saturday night’s then they will be on the losing end of a lot of games.

When Laurier had the man advantage, things were just as disappointing. The team finished 0-for-6, mustering few shots on net. But of the opportunities created, two possible goals were disallowed on controversial whistles blown. Both times the referee signaled that Lakehead University goaltender, Alex Dupuis had covered the puck before it crossed the line. With both of these coming while Laurier had a two man advantage, only down 2-0, the game could have had the huge momentum shift the team needed.

Otherwise there wasn’t a whole lot to cheer about. Laurier didn’t make much of a splash throughout the rest of the game. Lakehead would score their final two goals in the third period, once again setup with beautiful passes into the slot, leaving Laurier goalie, Ryan Daniels with little chance to make a save.

The team now has to quickly re-group and hope to leave their four game losing streak behind them. Laurier has two games in a row on October 26 and 27 starting with the University of Windsor (3-1) on the road. The Lancers are a hot team right now, just beating Lakehead and they have yet to lose at home. It is going to take a huge performance from the Golden Hawks to get the victory.

The team will welcome the Guelph Gryphons’ hockey team (2-3-1) to Sun Life Financial Arena for their home opener on the main campus in Waterloo. The Gryphons are a team that Laurier lost to in an exhibition game here in Brantford, but hopefully they can use that as motivation. With another great home crowd behind them, the opportunity to get that first win is definitely there.