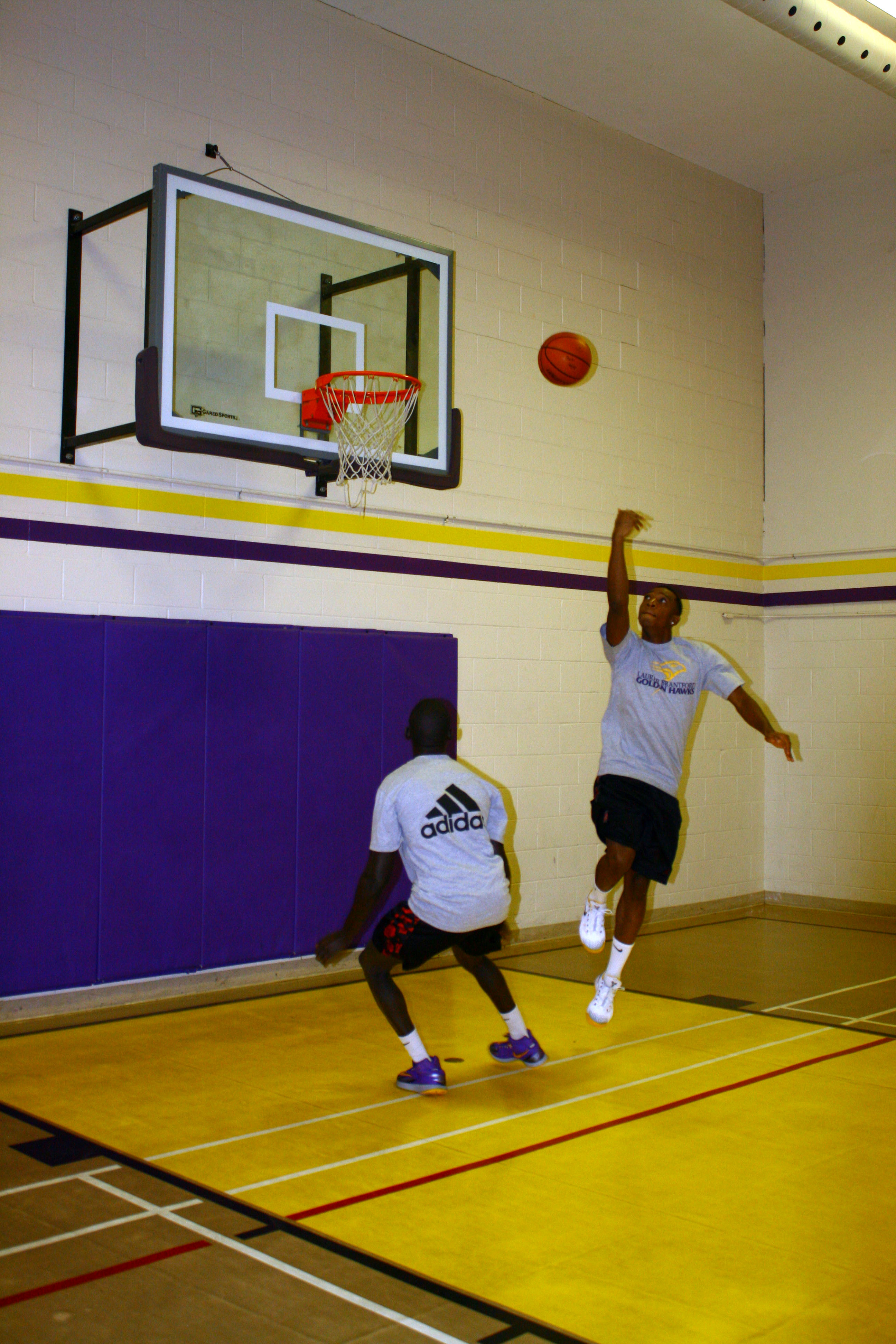 It is definitely going to be a different look team for the group of men on the Golden Hawks’ extramural basketball team.

With their vocal team leaders Matthew Wright and Oje Izirein lost to graduation, it’s time for the team’s younger players to step up. In step second year students Chuck Collins and Kong Gatluak. Chuck was a member of the extramural basketball team last year and in only his second year has been promoted to co-captain along with fourth year student Alex Packer. “[As a leader] with the new guys coming in, I have to step in and speak up more,” Collins said. And being a point guard, Collins also needs to be a leader on the court running the offense.

Gatluak was not on the team last year, but brings a lot of confidence to the team with all of his experience from playing rep and four years of high school basketball. Even as a rookie, he doesn’t feel the pressure of trying to prove himself. “You’ve got to have a strong mental game,” he explained. “I look forward to those opportunities.”

The team has lost some of its size with the departure of Wright and Izirein, so it will be even more important for the team to hustle and play a scrappy game of basketball, Collins stressed. Rebounding has always been a large problem for the Golden Hawks and in the past few seasons has been the difference between a win and a loss – especially on the offensive boards.

The team’s first tournament is on Nov. 14, but Collins, Gatluak and the team have been working hard in the gym since the start of school and Collins likes what he has seen so far, but he is staying humble. He knows that they’ve got a big task ahead of them and with a young team, you can’t walk onto the court with too much confidence; they have to prove themselves first. “No team’s going to take us lightly, but at the same time, we’re going in with a lot of young players,” Collins said.

Small forward Gatluak has a more aggressive approach. However, it’s something he feels he needs to work on; sometimes he can struggle with keeping his emotions in check. “I’m going to try not to get mad all the time,” he said. Gatluak is a very vocal leader, but if he’s going to yell at his teammates he wants to make sure it’s done the right way. He has to fire them up, not fight with them and get them mad. He had a lot of trouble with this on his high school basketball team. “I played on a team [in high school] where guys didn’t like each other; people were fighting and taking bad shots,” Gatluak said.

There’s a much different attitude on this year’s Laurier team. Collins and Gatluak having a strong relationship as teammates is proof of this. Growing up the two had a lot of experience playing against each other, so there’s lots of competition there. But now they have a mutual respect for one another. “[Gatluak] is a slasher – most guys want to come up and just put up a three, but he plays great off the ball … he’s kind of like [NBA player] Luol Deng,” Collins said. And Gatluak only had good things to say about Collins. “[Collins] is good at everything; he has a good low-post game for a guard … he’s good at passing the ball, he also has a nice shot and he goes and drives to the basket, too.“ Collins couldn’t help but agree.

With a relationship like the one Collins and Gatluak now share, it goes a long way in contributing to the overall chemistry of the team that they’ll need to be successful come Nov. 14 and throughout the rest of the season.