Comic culture: Beyond the mainstream 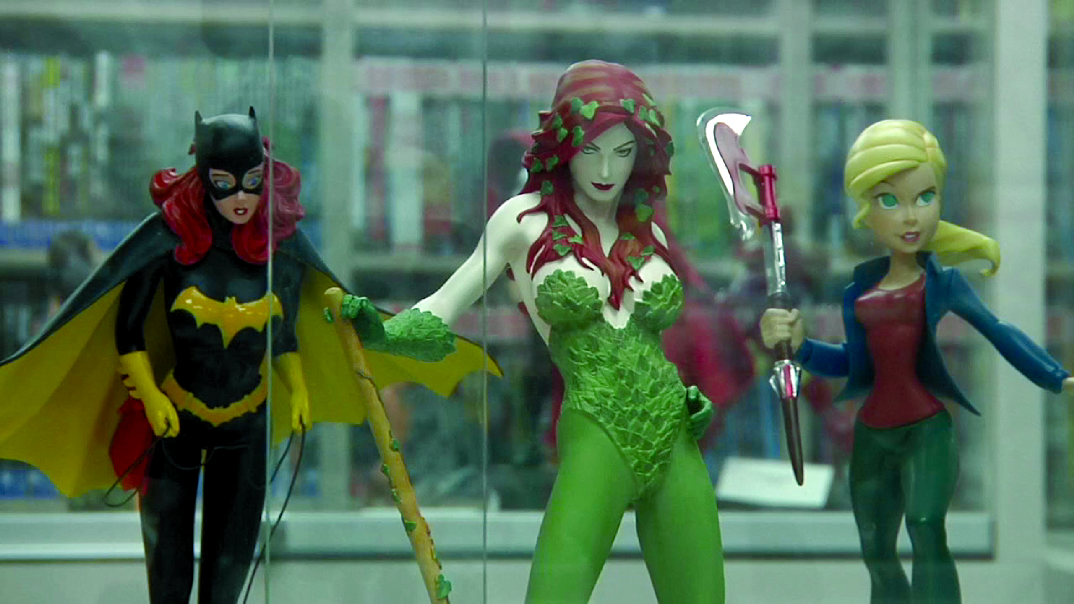 ‘The comic book world is a boys’ club.’ It’s the line I’ve heard said dozens of times before. It’s exclusive, misogynistic, and populated by pale, lonely men with an encyclopedia-like knowledge of the books they read. Over and over mainstream media beats this idea into our heads about what a comic book fan should look like, and also what the fandom itself is like.

As a fan, I have to admit, some of these facts do hold some truth. Have I frequented some dark, cave like book stores? Yes. I could also benefit from spending a bit more time in the sun instead of being cooped up in my dark, cave-like apartment, but I’m not lonely and I’m not a man.

According to most mainstream media outlets, I am a unicorn. I am the mythical female nerd who shouldn’t like comic books, but for some reason does. “Why shouldn’t I though?” I ask. In today’s post feminist era there seems to be no real logic connecting the tropes of comic culture to the real world they exist in today. With a cornucopia of exciting characters and a seemingly endless variety of subject matter, there seems to be no obvious reason why any literary lover wouldn’t find something they’d like.

Yet between movies like ‘Revenge of the Nerds’ and sitcoms like ‘Big Bang Theory,’ comic book culture has gotten wrapped up in so much mythology that it’s hard for any outsider to know what’s real and what’s not. I mean, if everyone’s saying it, there must be some truth to it, right?

Well, ‘truth’ is a difficult concept to define in this situation. Fandom experiences are as varied as this literature’s subject matter and not everyone’s experience in this culture is the same.

Despite the complicated nature of the issue though, some of these myths can be easily dispelled (or at least explained). For starters, is the comic book culture as exclusive as people say? The short answer: yes. Now let’s be clear, it’s not some red velvet rope affair but it is hard to deny that without a base knowledge of the genre you may end up having little to contribute to local conversations.

“Comic shops have a life of their own ,” explains J.R. Faulkner, creator of web comic Promises, Promises, “…and the regulars tend to be really regular. It’s not so much that it’s a boys club and they don’t want the girls in. It’s more of a case of that have their core group of friends and they’re not really interested in letting anybody in. So it takes awhile to acclimate and become a part of the scenery.”

Getting in though is not impossible. Creators are well aware that expanding their readership is good for business and there has been an intentional push by writers and artists to make their comics more accessible. In fact, creators like Amy Chu of Alpha Girl Comics are banking on that exact point.

“We feel that a lot of big players have left a lot of female readers out in the cold,” says Chu, “I mean, they’re focused primarily on male readers and with borders shutting down, essentially cutting off Manga for a lot of people, we think that we can find a sweet spot for comics that appeal to both women and men.”

Chu raises an important point with her marketing strategies. While many myths of misogyny have been over exaggerated, there has been a common complaint raised among women in the fandom about being ignored or dismissed by their fellow fans. Elisabeth Pfieffer, a long time fan comic book fan and organizer of Comic Book Addiction’s first all female comic book club, says the experience for women can be sadly stereotypical.

“I went into a store in Calgary with my husband and I was totally ignored,” Pfieffer explains, “He doesn’t even read comic books but it’s just that stereotype that men like comic books… and I hear that experience from a lot of women.”

It’s this experience that prompted her to start Ladies’ Night, a comic book club for where female readers can meet other female readers.

As a reader myself, I can’t actually say that I’ve felt any particular prejudice from my fellow male fans. Maybe I’ve just been sheltered in my fan experiences or maybe this is a sign of changing times. Either way talking to creators like Chu and Faulkner have given me a lot of reasons to be optimistic about the future comic book literature. For as much as the pangs of misogyny may remain among the readership, it seems that on the production side of the comic book world a totally different tune is being sung.

“I’ve never once felt that ‘Oh, someone is looking at me because I’m a girl’ and I have in other jobs,” says Faulkner, “[It’s] a stereotype that’s passing really quickly and there are a lot of women in the industry who are really… proactive about dispelling that myth.”

“The comics industry is really accepting of women,” she explains, “especially of indie creators, so I don’t see it as much as people say. I guess as far as mainstream comics go, doing really cutesy stuff is not completely accepted yet, but that market is there and it’s growing… It’s not about being a woman for me; it’s about having my style that’s the problem.”

Indie, for those unaware, stands for “independent” whereas “mainstream” refers to the super hero genre and common artistic style that most people think of when they think of a stereotypical comic book. According to Cook and several other artists it’s not that female artists aren’t involved in the industry, it’s just that there seem to be less drawing in the mainstream style. On the web and independent publications women are just as prevalent in creating their art.

Illustrator Agnes Garbowska was also adamant to point out that, “there are a lot of great of mainstream female writers, like Gail Simone… There are also a lot of female editors but that’s not as public because it’s behind the scenes.” Publicity really seems to be the prevalent issue in the comic book mythology of today.

Mainstream media sees the ‘mainstream’ style of comics and culture associated to it, but there is so much more to comic book culture than mainstream. The comic book world is no more a boys club than any form of art or literature. Some may appeal to one sex more than the other, but there’s no shortage of stories to be told, especially in graphic literature.