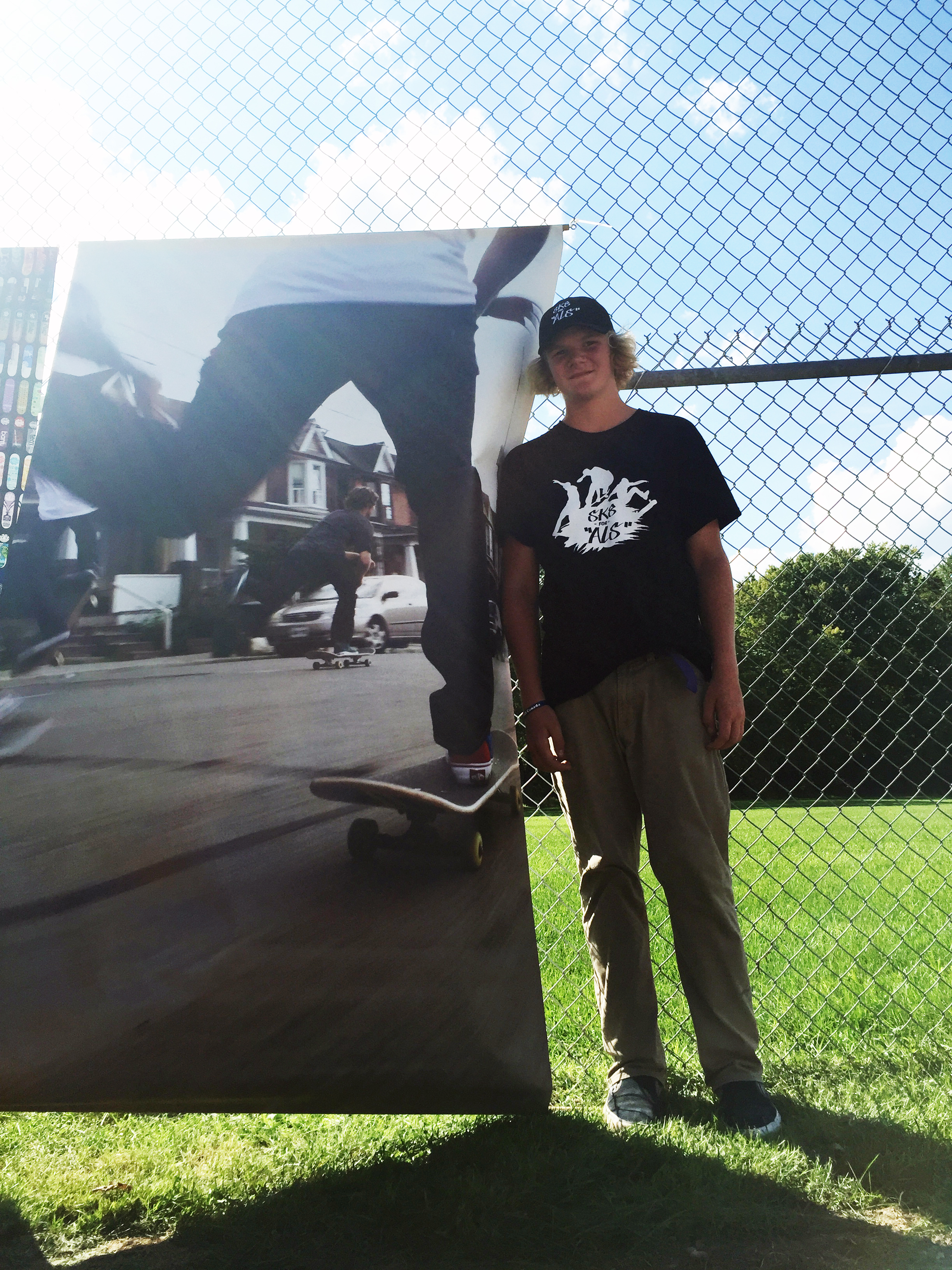 Brantford’s downtown is home to a wide variety of shops and small businesses. These businesses define Brantford, but what defines the businesses? This is the inspiration behind “Clerks”; getting to know those who know us so well. From our shoe size to our favourite item on the menu, these business owners make feel more like family than customers. With that being said, let us shine the spotlight on Cole Hayward, founder of Sk8 for ALS.

Just a little introduction for those who don’t know who you guys are and what you do: what is Sk8 for ALS all about?
Skate for ALS is a skateboarding competition to raise awareness and funds for ALS.

How long has Sk8 for ALS been running for?
This is our third year running Sk8 for ALS.

What made you choose ALS specifically?
My dad passed away from ALS when I was two years old, so that has just been my go to fundraiser for my entire life.

And you’ve always been into skateboarding too?
Yeah, since I was six years old.

So you chose to integrate skating into your fundraising because of personal preference?
Well I actually chose skating because I went to the Walk for ALS in London and I saw two guys skateboarding it, so I decided that I wanted to do something with skating, and what better than a competition to help raise awareness.

How would you say the response has been from the public over the past few years for Sk8 for ALS?
I think everybody thinks it’s fun, I haven’t really ever gotten any bad reviews from it. I think everybody likes it; it’s getting bigger every year.

How many people came out to the Sk8 for ALS contests in previous years?
The first year about 50 to 60 people showed up, but last year we had some bad weather so there were only about 40 people or so. I don’t have the official numbers yet but this year we saw the most people show up.

Did everything go as planned today or were there any problems?
Yeah it was really fun, definitely the most fun year so far.

What kinds of obstacles did you guys face this year?
A few of our sponsors and some people that donated clothing didn’t get back to us so we did have to find a few new people that were willing to donate and give us deals on product.

Can you name the sponsors for me?
Indecks skate-shop, the London Board Shop, Fun House skate-shop, No Frills, MBS grip, New Orleans, Life of Leisure, Arbour skateboards and Beaver wax to name a few.

So what’s in the future? What’s coming up for Skate for ALS this year?
Well the WALK for ALS is coming up this week where we will present our cheque to the foundation and then we are just waiting for next year.

How much did you guys end up raising for ALS during today’s competition?
Well I’m not one hundred per cent sure because I’ve been really busy today, but the first year we raised $1400 and the second year we raised $1700 dollars, so we are hoping to top that. All I know is that it was a lot of fun today.

What was your favourite trick in the competition?
Probably Arrie Vissers’ kickflip back tail on the hubba.