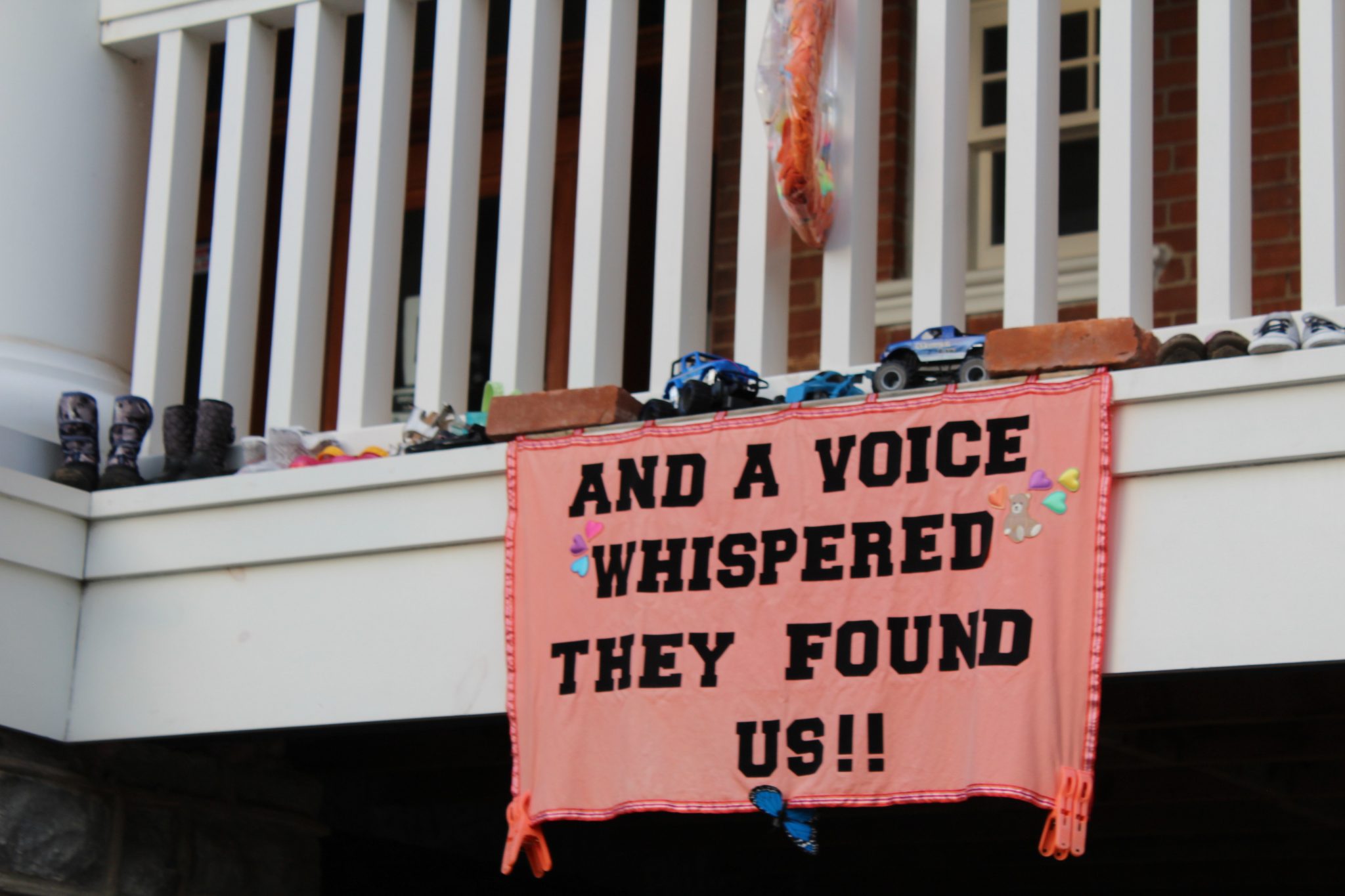 In recognition of the first National Day for Truth and Reconciliation last Thursday, Laurier held “Children are Sacred”, a fundraising concert featuring Indigenous artists to honour residential school survivors and the children who were lost.

The virtual event took place as part of the weekly concert series Music at Noon run by Laurier’s faculty of music.

“There’s so much loss and grief right now within the Indigenous communities in Canada,” said Mohawk song keeper and hand drum carrier Cara Loft, one of the event’s featured performers.

Loft’s song choice was inspired by the peace and healing she found in it. She said it was important for her to perform it in honour of National Day for Truth and Reconciliation as a way to share those feelings of comfort.

“Originally, the meaning and understanding of [The Wildflower Song] was to call our spirits back to the Land,” said Loft. “In times of war when the men were away from the village, the women would sing this song to call the children back to safety.”

As a professor of Indigenous Determinants of Health at Humber College and former coordinator for the Indigenous Field of Study Program at Laurier, Loft is passionate about bringing her music into the classroom and beyond.

“To me, the important piece is that I have used my drum in social activist settings within the Kitchener-Waterloo community,” said Loft.

She has been invited to perform at such events as the Women’s March, Impact 19 Festival, and Kultrún World Music Festival.

Loft made her first drum 10 years ago at Laurier’s Indigenous Student Centre where she says she found “a very welcoming and safe place for [her] to explore [her] culture” after growing up off-reserve.

“It’s important and wonderful that Laurier makes space for Indigenous voices,” she said. “I really applaud their beautiful way of bringing together Indigenous artists for this event.”

Loft said if it weren’t for the limitations of COVID, she would typically recommend to people wanting to engage with and learn more about Indigenous cultures to go to social events like pow-wows.

Though it is difficult to attend in-person events right now, there are many other ways to support and celebrate Indigenous communities.

“There’s tons, and I mean tons, of wonderful Indigenous literature out there on Truth and Reconciliation, on Orange Shirt Day,” said Loft, encouraging people to research and learn more on their own.

While the legacy of the residential school system in Canada is a dark and difficult truth, Loft says confronting it is a crucial first step.

“I hope one of the key takeaways from National Truth and Reconciliation Day is that we can’t reconcile anything before truth is revealed,” she said. “And not only truth revealed but truth understood, because you can’t effect change, you can’t change the consciousness of a society or a nation without touching on that heart aspect.”

With more than 630 different First Nations in Canada not including the Inuit and Métis peoples, Loft points out the wide diversity of Indigenous art coming from across the country in a variety of mediums.

Meshake is himself a residential school Survivor. He reflects on his experience in the refrain of his original song Tuck Me In, which he performed for the concert: “You were not my mom, you were not my dad.”

More than $2,500 was raised for Woodland Cultural Centre. Down the road from Laurier’s Brantford campus, Woodland works to promote and preserve southern Ontario’s First Nations history, art, language and culture.

The museum is located on the grounds of one of Canada’s last standing residential school buildings, the Mohawk Institute, which Woodland is in the process of restoring. It operated in Brantford from 1828 until 1970.

Over 6,000 bodies of Indigenous children have been found at Indian residential schools across Canada to date. The last residential school operating in the country, located in Rankin Inlet, Nunavut, was closed in 1997.

The fundraising goal for the concert is $5,000. It is open until Oct. 8 and can be found at this link: https://www.canadahelps.org/en/pages/children-are-sacred-a-fundraising-concert-in-recog/