Bubble tea gets popping on campus 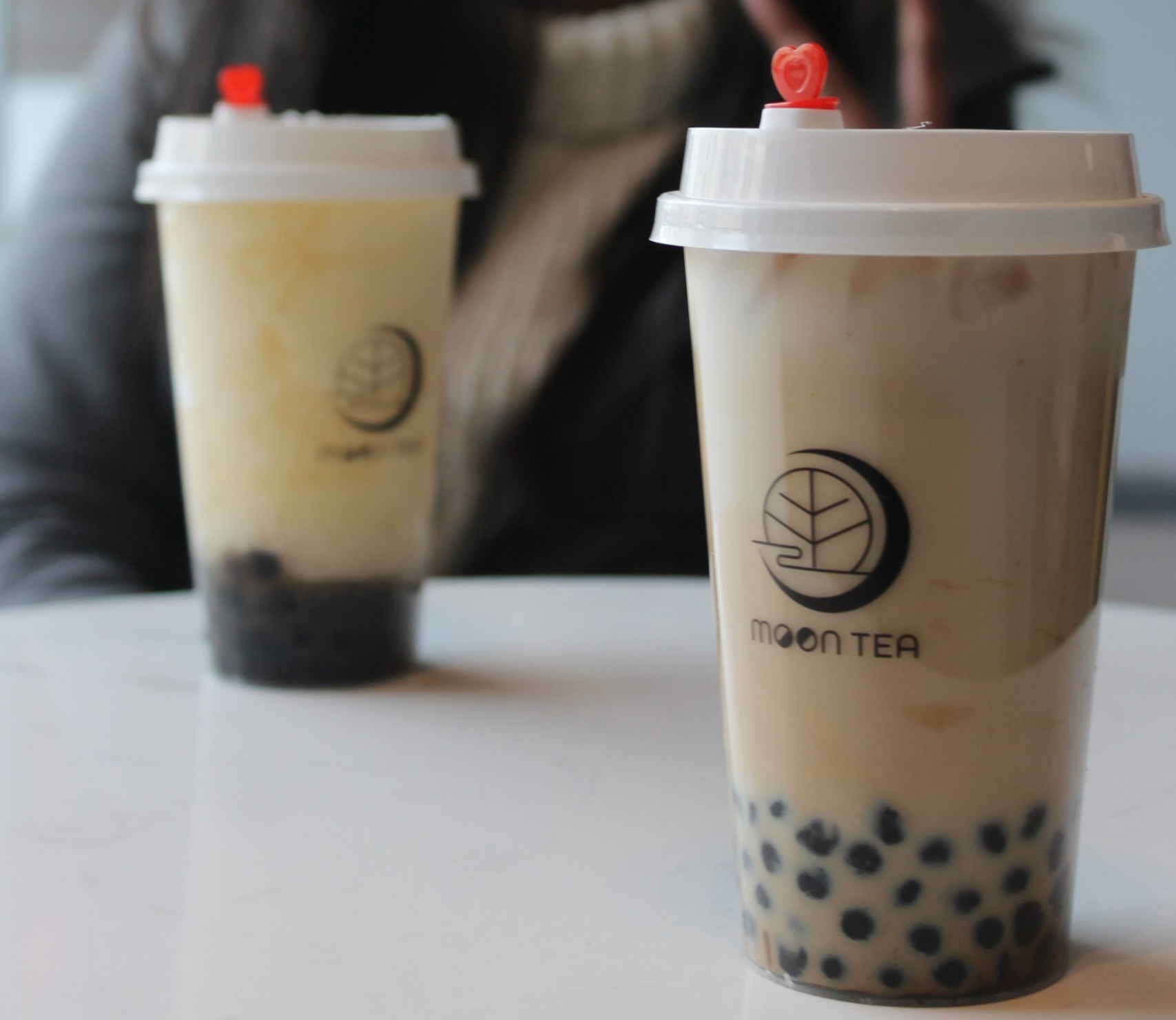 The shop has a laid back atmosphere and could double as a quiet study space for Laurier students. It’s deceivingly large as the back of the shop features seating similar to restaurant booths.

“I thought the interior of the shop had the potential to be super cute, however at the moment it is rather empty looking.” said Kyle Peavoy, a third year student.

The shop has a modern-industrial feeling to it which may be due to the recentness of its opening, but they create a comforting environment through three T.V. monitors, one of which constantly features Top 40 and K-Pop music videos.

The boba-baristas at Moon Tea are very helpful and are quick to welcome you to the space. They also have an extensive knowledge of the menu which can come in handy for those who are less familiar with bubble tea or milk tea.

“I wasn’t a huge fan of their menu, but the staff were absolutely lovely and helped me pick out a drink to try,” said Katherine Duckworth, a first year digital media and journalism student.

Duckworth ended up trying the strawberry slush with tapioca pearls as the barista’s suggestion.

Moon Tea’s menu may present as intimidating for some people as it includes many flavours that are common in Eastern Asian countries, but far less so in North America.

Such as fresh taro as opposed to powdered which gives drinks a lavender colouring; yakult, a probiotic milk beverage; and cheese foam, which floats on top of the beverage.

“I like getting the original milk tea with cheese foam, and if you like cheesecake, you’ll love it,” said Sherona Bagwandeen, a first year social work student.

“Sometimes they can be a bit slow, they could work on staffing and putting out orders in a timely manner,” she said, “but I don’t mind the wait because the atmosphere they’ve created is so nice, whether you go alone, or with friends.”

Bubble Tea is definitely on trend right now, but like most trends it is not very budget friendly. Customers can expect to spend about six to eight dollars per drink depending on what kind of toppings are added.

“The prices are way too high, but they have good options,” said Jessica Doal a first year criminology student.

Doal has visited Moon Tea on multiple occasions and has tried the brown sugar milk tea, original milk tea, and their fruit teas.

Currently, Moon Tea is having a promotion where they encourage customers to share one of their photos on their social media and they will use the amount of likes received to give up to a 50 per cent discount on their order. They also give out stamp cards so guests can receive their eleventh drink free.