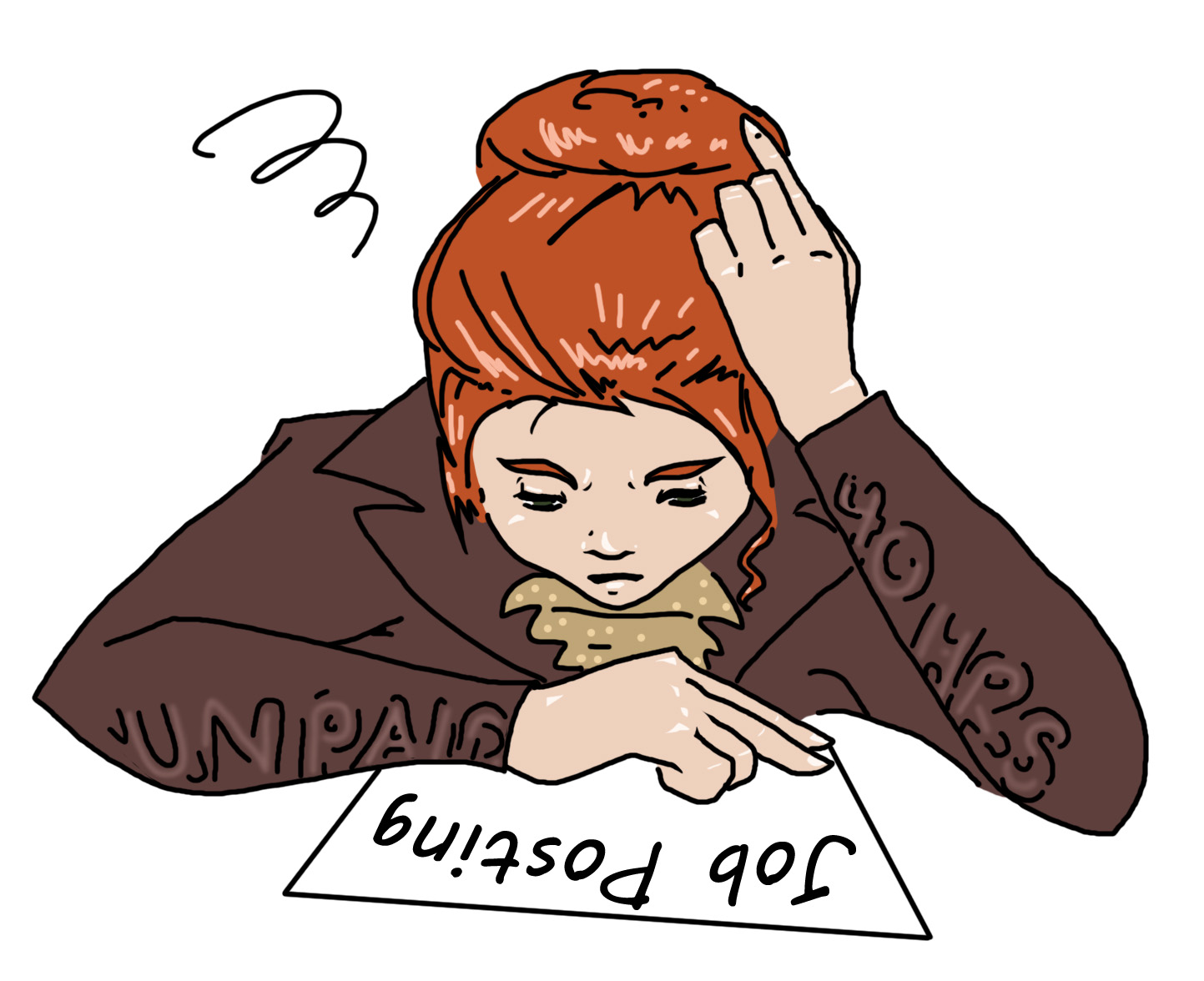 Internships have long been used as a form of on-the-job teaching for students and new grads, similar to apprenticeships and co-ops. While apprenticeships and many co-op programs are paid, the vast majority of internships are unpaid. This is particularly true for interns in media, public relations, advertising and journalism, where they are often offered internships with the incentive of doing work that will “contribute to ones portfolio”.

While gaining practical, hands on experience and building a wealth of industry connections will undoubtedly help ones career grow, the idea of essentially working a full time job for free for six months to a year is off-putting for many prospective interns. There is also no guarantee of a job offer once the internship is completed, with many internships advertising that the intern may be considered for full time employment after the internship. In other words: spend half a year working for free and maybe you’ll get a job offer.

Jake Sanderson is a graphic design graduate and is eager to begin his career. Like many others have found, design firms are offering fewer full time positions and more internships, again with the incentive to add to ones portfolio.

In media related careers for example, especially design, journalism and public relations, students are already building their portfolios from the day they start their classes. Journalism students here at Laurier write articles in almost every class they take. Graphic design students create logos and work on branding and design projects throughout their programs. Students have the knowledge and the skill-set, but it’s become the norm to do an internship to prove it.

“I know I’m good at what I do and I understand the purpose of an internship. I think it’s a great learning experience and opens up a lot of doors, but to do work for free is something I can’t really justify, especially with student loans and the fact that I’ve proven my worth before”, Sanderson adds.

Fourth year Laurier student Monica Fenech has completed both paid and unpaid internships. In addition to completing tasks in the role she was taken on for, she also completed other administrative duties and worked beyond the normal 40 hours per week. She suggests that students should work towards gaining unpaid work experience while they are in school, and by gaining relevant experience early they are less likely to resort to unpaid internships.

“I don’t suggest unpaid internships, but I don’t think its something to avoid either. I’ve worked hard in school and volunteered both on and off campus. I’ve gained paid and unpaid work experience, so I feel at this point that my knowledge and skills are market worthy and I deserve some financial compensation for them”, she says, “I’d be willing to do unpaid work to increase my exposure, but I’m not longer willing to commit to full-time, unpaid position.”

In addition to being eager to start their careers, many students are also in stressful financial situations after graduation. A large number of students graduate from college or university with a mass of debt from student loans. Many are eager to get working in order to beginning paying back their debt. A Globe and Mail article found that the average debt for students is roughly $27,000 and on average takes a little over ten years to pay back. Student debt from programs like OSAP also increases as a result of interest. Dedicating a large amount of time to something that does not guarantee a job is a big gamble for many students who do not want to spend years carrying the burden of student loan debt.

Wes Tyler graduated in the fall and began his job hunt right away. He says he has since been offered a few internships, but no full time positions or anything that is guaranteed to lead to full time.

“I thought the whole idea of unpaid internships was more for people trying to break into media, advertising and journalism, but I guess it’s becoming more common for positions in human resources and business analysis” he adds.

Gaining industry experience and building connections while trying to pay down student debt puts many people in difficult positions. Many students simply can’t afford to take on an internship and gain the experience because they have an increasing amount of debt. However, it’s that experience that will help them secure a job down the line. It’s a difficult position to be in; you can’t gain experience without working, but in many cases the only way to work is to take unpaid work.

For some, the benefit of getting real experience and building a network outweighs the cost of increasing student loan debt and a lack of income. For others, their financial position dictates whether they take an unpaid internship or find work in another industry, relevant or not. Graduates come out with an expectation that they will have a job waiting for them. However, this isn’t the 1980’s, jobs aren’t as plentiful and competition is as fierce as ever. Sometimes the only way of getting your foot in the door and starting your career is through unpaid internships, but like all things in life, it’s not for everyone.