A cog in a capitalist machine: How Laurier is run like a business 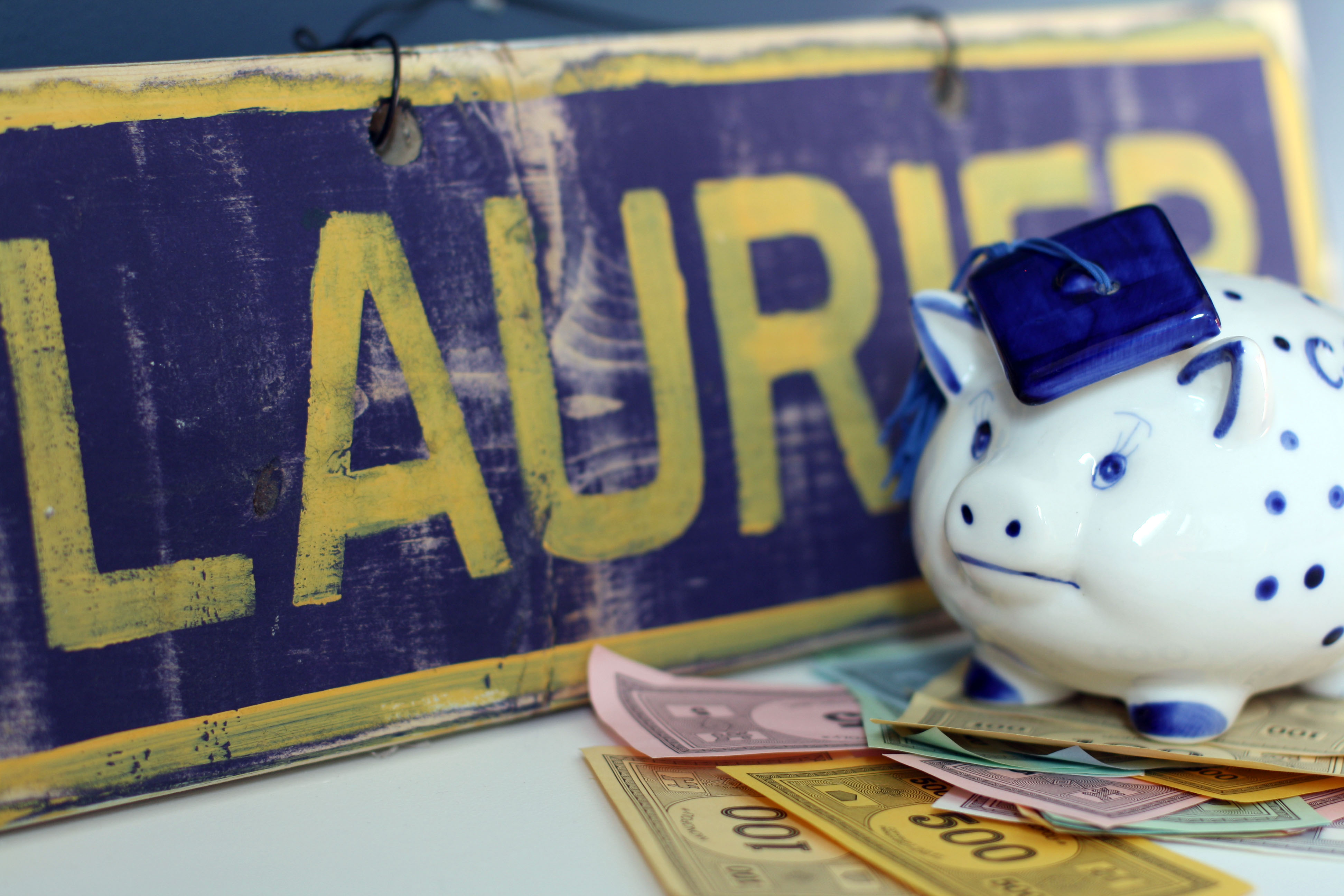 With the recent job cuts and contract academic staff speaking out about unfairness, Laurier’s finances are under a microscope. But as staff, students and the community are trying to understand the decisions Laurier has recently made, it is important to zoom out too: Laurier is just one piece of a complex, daunting, capitalist puzzle.

The fact of the matter is that Laurier is run like a business. In Laurier’s Integrated Planning and Resource Management (IPRM) Report of 2014, faculties (such as liberal arts or education) are referred to as “revenue generating units”. Laurier has ad campaigns, specific brand standards and call centres to get donations. Even enhancing Laurier’s school spirit is a strategy used to keep its enrolment up, so it gets funding to continue its growth.

And funding it gets.

Laurier Vice-President of Development and Alumni Relations Rob Donelson said his department raises about $10 million each year from private companies and alumni.

These funds are used in many ways, one of which is to host social events in order to build relationships with alumni.

“That’s where the programming comes in. If we keep [alumni] involved with the university, and then we ask them for financial support, there’s a better chance they’re going to give us some,” he said. “If we weren’t finding ways to bring alumni back to campus such as Homecoming and other things, I think donations would drop off.”

“We have to be business-like,” Donelson said, explaining the importance of balancing revenues and expenditures.

“We always look at our operations and say, ‘How can we do this differently? How might we be more effective? How can we reduce costs but be more efficient?’”

Laurier Professor Charles Wells wishes he could somehow provide people with university education without the commercialization.

“I sometimes fantasize about becoming a version of Robert De Niro’s renegade-air-conditioner-repairman character from Terry Gilliam’s Brazil,” Prof. Wells said in an email. “I could slip into people’s houses under the cover of darkness and lay a little university education on them free of charge, perhaps receiving some leftovers in thanks, and then depart into the night before the authorities caught up with me.”

Prof. Wells states that because universities, like everything else, are commercialized, education is not simply a commodity to be bought and sold—it is an investment for the wealthy.

Donelson said that the way Laurier is perceived by external audiences such as prospective students or investors is important for success.

“Our reputation is critical and our brand is critical, no question about it,” Donelson said. “[Alumni are] our best ambassadors to promote Laurier. We very actively encourage alumni to promote the university to prospective students.”

Some alumni, still intoxicated with the school spirit of their past, encourage their children to attend the same university they did. Instilling this intense loyalty, like by strengthening the sacredness of the Golden Hawk on the floor at the Waterloo Campus, is just one of the strategies Laurier uses to recruit its students.

High enrolment is essential because students’ tuition money is a huge portion of Laurier’s revenue.

Laurier’s Statements of Operations state that its total revenue in 2014 was $333,149,000. The direct document that states this has recently been taken off of the website for unconfirmed reasons.

Prof. Wells believes, “What is actually happening is that a pool of money is being invested in a production process that is designed, through the exploitation of labour, to return even more money to the investor at the end of the day.”

He says this is why there is an “inexplicable need for perpetual growth, a need to sell more education to more people at higher prices while reducing the amount of money spent on producing it.”

This end goal of making more money is the reason universities employ so many contract academic staff and why Laurier recently cut 22 faculty positions. President Max Blouw has recently confirmed

Laurier’s Milton campus is still to move ahead, regardless of the apparent financial struggle.

Prof. Wells emphasizes that the way Laurier is run like a business is not due to the “individual greed” of management, the government or business people but instead is representative of the globe’s capitalist system of competition and growth.

According to Laurier Communications, Public Affairs and Marketing’s (CPAM) recent Position Reduction Q & A, the reason faculty positions were cut but Laurier is still investing in areas like marketing and real estate is because “Laurier is at a challenging point in its evolution and faces stiff competition from other PSE institutions for students and funding.”

Prof Wells expands on this by saying, “If we don’t build a campus in Milton, someone else will, and then we will lose even more of our market share and have to make even more drastic cuts.”

Laurier needs to know whether its research is garnering profits and how many graduates are being employed which is why they hire more administration. According to Laurier’s 2012-2013 Human Resources report, management positions have gone up 114% since 2005.

“I teach philosophy, political theory, social theory, and cultural theory, all of which primarily aim to get students to ask big, abstract questions about the world, rather than teaching them to do a task that fits a particular job description,” he said, explaining how his areas of interest directly challenge everything commercialized education stands for.

“Regardless of our specific positions, we are all caught in this web of social and economic relations beyond our direct control,” he said.

Prof. Wells mediates his qualms with the system by doing the best he can within the constraints. “If I can…sneak some of this kind of thinking and problem-solving into the tight, efficient package of employable skills that I dearly hope will keep my students above the poverty line and out of debt, then I’ll feel pretty good about myself.  I’ll feel like I’ve lived up to my duties, not just as an employee of WLU, but as a human being.”