Why can’t we be friends? 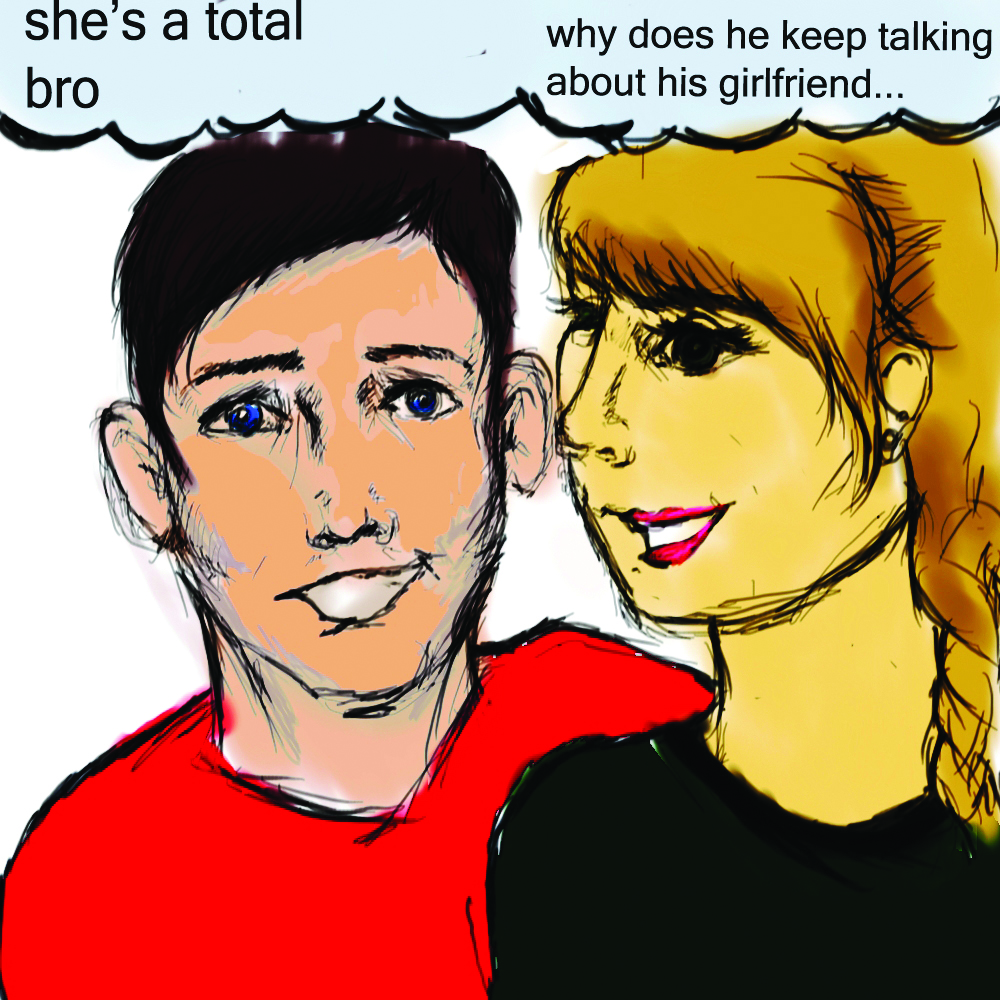 Though it may not come as a surprise to anyone, science has succeeded in proving that friendships between men and women are, in fact, difficult.

A new study in the Journal of Social and Personal Relationships by April Bleske-Rechek of the University of Wisconsin-Eau Claire, has determined that it is hard for men and women to be platonic friends, “because cross-sex friendships are a historically recent phenomenon.”

The article argues that since cross-sex friendships are a relatively new occurrence, there are still evolutionary instincts that must be overcome for them to work. Therefore, new mating strategies must be developed.

The study took a group of 176 undergraduate students, comprised of 88 pairs of cross-sex friends and asked each participant a series of questions. Privacy and anonymity were paramount before, during, and after the study’s completion. The result of revealing one participant’s attraction to their friend of the opposite sex could have been detrimental to the whole relationship.

The reason that cross-sex relationships are so hard is relatively simple. In a word: feelings. Specifically, the uneven dispersal thereof.

Harry is a student at Laurier Brantford majoring in English. He has taken a women’s studies class, but he also loves sports, video games, and hanging out with his friends. He is a modern man.

Sally is a Criminology student. Harry met Sally in their first year here at Laurier Brantford. They were romantically involved in first-year. They are now friends.

It was near the beginning of the second semester of their first year that Harry and Sally became romantically involved. It was not a relationship as most people know it, though. It all started with a movie.

“Nobody really talked to her,” remembered Harry. After they met he asked some of his friends about her, but no one knew much.

Harry, whether in spite or because of the lack of information, became intrigued. “The first time we hung out, we didn’t even do anything,” he said. “We just watched a movie.”

This was not to last. A few nights later they were watching another movie.

“We just started making out.”

“Honestly,” said Harry, “it just kind of fell into my lap. I did think about her in that way and […] she wanted me.” He wasn’t preoccupied with a relationship, though. He confesses that, had she texted later to call it off, he wouldn’t have been that upset.

Both, at first, tried to pretend that they had already been in this sort of situation, what Harry calls “friends with benefits.” As it progressed, though, they had to admit that neither had done this type of thing before.

Sadly, it couldn’t last. An impending summer apart and the difficult realization that, because of the time they’d been spending together, feelings had started creeping into the picture caused the relationship fall apart.

“He was the girl,” she explained drily.

But, according to the Bleske-Rechek study, this is common. Men and women experience relationships differently.

Clearly, then, neither sex seems to have a firm grasp of what the other is thinking. Bleske-Rechek claims that “male and female mating adaptations are expected to differ.”

Because of the success of children with two parents, it is in the best interest of women to be highly selective in their choice of mate. Men, argues the article, find it is in their best interest to procreate with many partners, as “males who did not engage in indiscriminate sex would eventually have been out-reproduced by males who did.”

These different mating strategies lead to a gap in understanding between men and women. Relationships become wildly different to the sexes, and two people can experience one relationship in two totally different ways.

Whatever the reasons behind it, though, it seems clear that it is not sex itself that gets in the way of a healthy friendship. It is, rather, the emotions behind it, and the different experiences of those involved that make it so hard for men and women to be “just friends.”