What’s in store for Indecks? 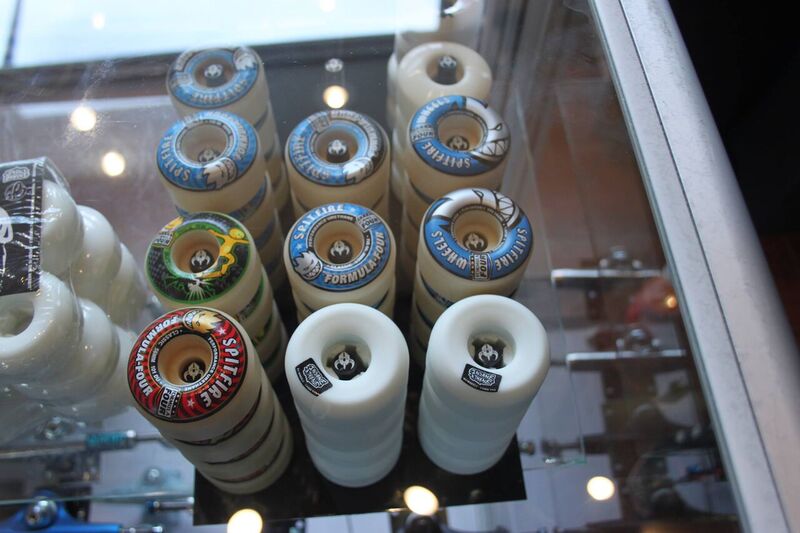 On Feb. 3, Indecks Skateboards and Apparel reopened its doors after almost four weeks of renovation. Some of the latest additions to Indecks include new shelving units and an open floor plan. The new shelving units are intended to better showcase the product and maximize maintainability.

Indecks has been the only “core” skate shop in Brantford for the last eight years, and has earned quite the reputation for it. Store owner Jeff Somerville opted out of the old, poster strewn walls for a modern look.

“It was time for a new look, we always like to keep updating the store and keep a modern, clean look and keep things new and exciting,” stated Somerville.

Somerville was pleased with how the renovation turned out, however, it was a lengthy process. “I don’t like being closed but I have learned from previous years that January is our slowest month, and would be the best time to do it we were closed almost four weeks.”

It’s difficult to tell how much the grand total of Indecks’ renovation cost due to the lost sales on top of the renovation costs. However, Somerville was thankful there were no major problems in the building process and said, “I’m lucky that I had friends that could help with the renovation.”

The renovation was funded entirely by Indecks, as the shop does not fall under the jurisdictions of the BIA (Business Improvement Area).

Indecks has been a staple in the Brantford skate culture since its doors opened in 2008. By hosting demos, contests, and sponsoring skaters, they’ve allowed the community to flourish in ways that they never saw possible.

Third year Criminology student Ryan Dekleyn has been shopping at Indecks for about two and a half years, and loves having a local skate shop in town. “It made Brantford that much more homey, you know?”

Somerville is always happy to give back to the Brantford skateboarding community, as he feels that Indecks fills the skateboarding void. “I remember into the 80s and 90s we did not have a skateboard shop anywhere, and you had to drive to Toronto or order from California, so I’m glad I can give back to skateboarding in the town and run a shop that I wish I had growing up as a skateboarder.”

Brantford’s skaters aren’t the only ones are benefitting from Indecks. Gino’s Pizza assistant manager Ali Andy understands the importance of healthy relationships between local businesses. “We all work together and the businesses help each other and share customers. It definitely helps having Indecks there.”

With Indecks open again the businesses in the immediate area should see customers come back as well. “They draw in the younger group…they go there then they come here to get some pizza.” said Andy.

Somerville feels that the location of Indecks has played a large role in its longevity, “I truly believe we have lasted this long because of the location we are in between a high school and the Brantford skateboard park.”

Due to the cold weather there will be minimal impact for the store in the immediate future. Once summer starts the true impact of the renovations will be felt as customers return to the store in larger numbers.