What is the world coming to? 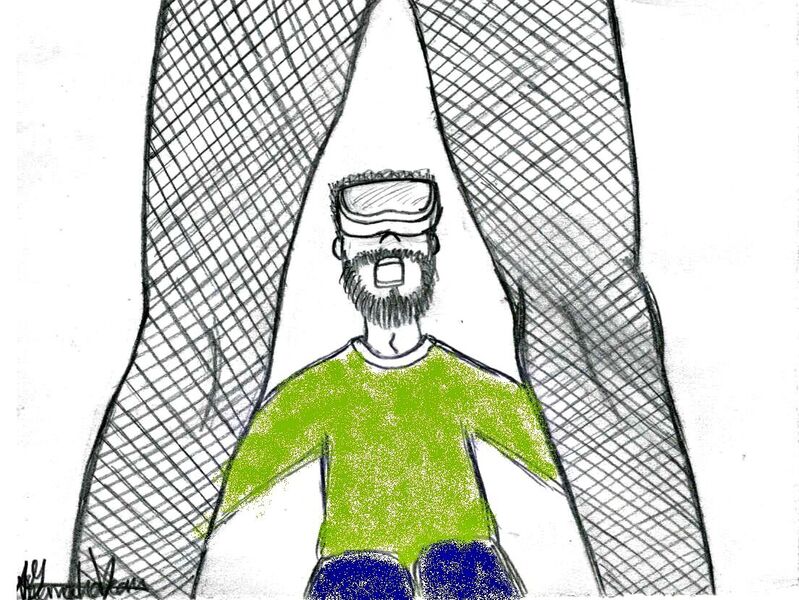 You are sitting in your living room watching tv; as you flick through the channels, a slender, scantily dressed woman struts into the room. She skips the introductions and starts getting comfortable. Clothing slowly hits the ground, and your heart rate steadily increases. Thump, thump, thump, thump, thump. The woman is now bent over and eye level with you; her hands gently gripping your thighs. As her hands move closer to the fly of your pants, you can feel your heart rate getting even faster. Thump thump, thump thump, thump thump. The woman is breathing in deep signs, which transition into moans with each continuous breath. You begin to squirm as her hands start to unbutton your shirt. As her hands scale your chest, you begin to feel anxious and look around, but all you see is black. With a gasp of air you return to reality; you have just experienced virtual reality porn.

One of the industry leaders, Naughty America, has been showcasing their latest addition to journalists and enthusiasts alike at events such as 2016 Consumer Electronics Show. Although everyone involved had different opinions on how much they enjoyed it, all of them came to the conclusion that it was different from anything else.