The best of the best – The Oscar Best Pictures 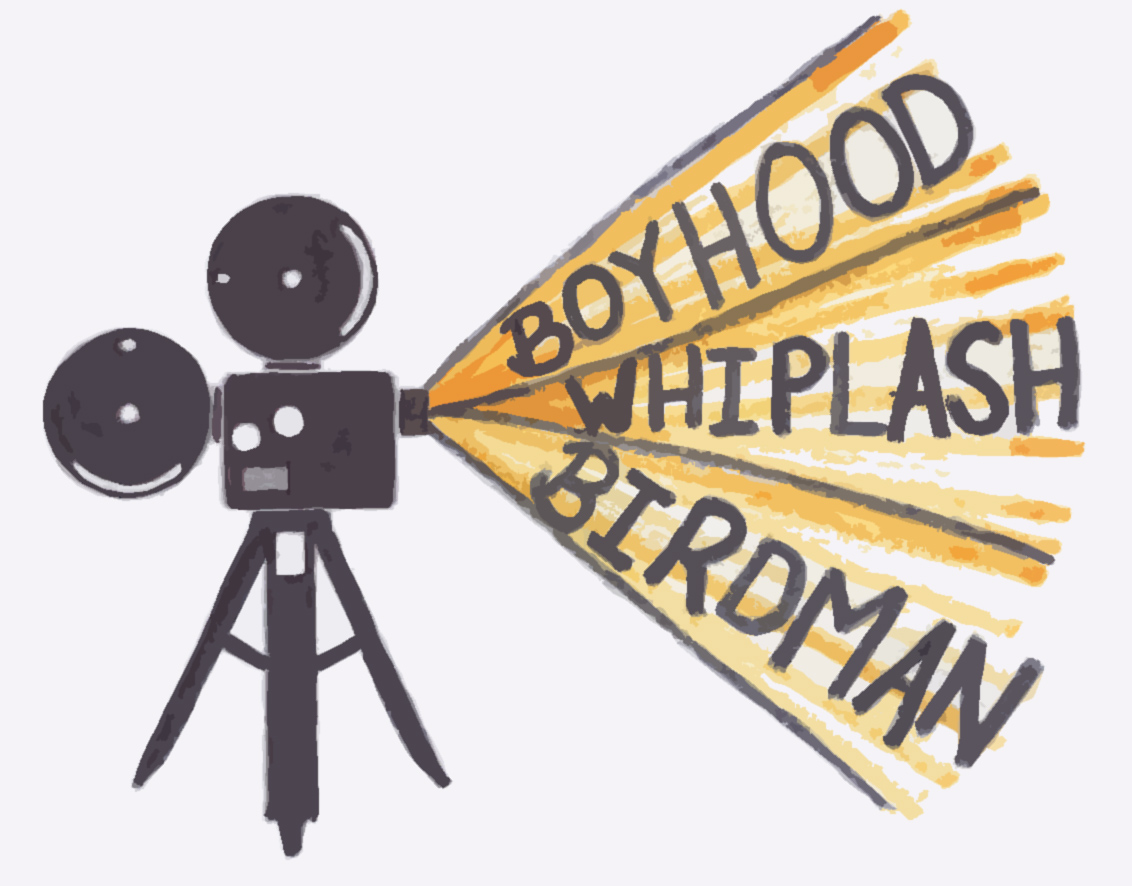 With less than a week to go until the 87th Academy Awards, on February 22, the time is right to look critically at the eight films nominated for Best Picture of 2014. You have probably watched a couple of the movies nominated, but perhaps you find yourself stuck, not knowing which ones to try and see before the big show. Fortunately, you will not have to question if you picked a good movie, as this is one of the most stacked Best Picture categories in recent memory. I don’t think I’ve ever had more fun watching movies as I have watching all eight nominees. And while there are usually 3-5 stand-outs a year, all eight are truly belonging this year, with two spots open that could have gone to excellent films like Foxcatcher, Nightcrawler or Interstellar.

The nominees fit loosely into two categories: historical drama and experimental/artistic. The former category is made up of Theory of Everything, Selma, The Imitation Game and American Sniper, while Birdman, Whiplash, Boyhood and The Grand Budapest Hotel make up the latter. But what unifies these films is that they all touch on one or two central ideas. Boyhood is a film about the wonder of childhood, showing us something we take for granted in a way never-before seen, while Whiplash is a movie that attempts to answer the question “What does it take to be great?” and analyzing the cost of that venture and the role of the instructor. Likewise,  rather than just a movie about Stephen Hawking the physicist, The Theory of Everything is a movie about finding things to hope in when life seems  only bad. The Imitation Game uses a story of the man who broke the Nazi war-code to tell us about being a hero in secret, being a homo-sexual in 20th century Great Britain, and the birth of modern computers. 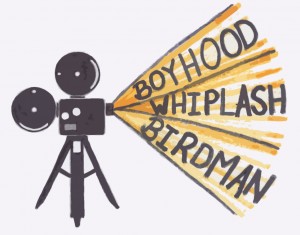 Another aspect that is part of the nominees that they all seem to avoid the old Oscar vice of being extremely slow, longwinded dramas unless you were amongst those that hated Boyhood and thought that nothing happens in its three-hour running time. Not that any of these films are fast-paced, but Birdman gives that appearance due to its no-cut cinematography approach and its brilliant jazz-drum score and Budapest uses quirky characters and beautiful scenes to keep our attention. You could criticize American Sniper for using violence and action as a pro-America money-grab, but those moments are what keep the movie from being as slow as The Hurt Locker. Selma gets by with the sheer weight of its subject material while Theory makes great use of a fantastic classical score to keep its heavier, relational moments from appearing too dry.

So which movies should you watch? The lazy answer is all of them, if you have the time, but if not, here is a brief breakdown of each movie, in order of my least to most enjoyed.

Depending on your view of Wes Anderson movies, this will either be your favourite of the group or your least liked. I have always been hit-or-miss when it comes to his films, fully understanding the appeal yet never quite falling for it. However, Budapest is easily the most watchable of his films yet, which simply may be why it is his first one to be up for Best Picture. His usual rotating cast of actors is back, with Adrien Brody, Willem Dafoe, Edward Norton and Jeff Goldblum all playing sharp, unique characters, and Ralph Fiennes does a great job taking the reigns as the lead, hotel manager M. Gustave. It is colourful, bizarre, and witty, but the real star is the setting, creating the Republic of Zubrowka and taking our imaginations for a ride. To me it is the least deserving of the group, but that says nothing about its worth as a very good film.

Due to its shocking record-setting January box office numbers, there is a good chance you have either seen American Sniper or have sworn to avoid it. I enjoyed it, seeing it as a modern war movie that does a great job of portraying a complex figure in Chris Kyle, while balancing the intense war scenes with authentic family drama on the home front. While the criticisms of Clint Eastwood’s directing and the script are valid (read Shots Fired in the February 4th issue of The Sputnik), Bradley Cooper’s portrayal of Kyle make up for the flaws. His performance is very likely to earn him the win for Best Actor, and if the movie wins, it will because it was carried by Cooper’s shoulders. Ultimately, if you have an open mind, you will love American Sniper, but if you are pre-disposed to see it as pro-American propaganda fluff, then you will not.

Richard Linklater’s marvelous work of art has been talked about and praised for half a year already, yet that has not taken away the wonder of this film. It will stand for long time as one of the most memorable pieces of film-making – the 12 years of one-week shooting it took to the make the film paying off superbly. Linklater’s Before trilogy are some of my favourite films, and Boyhood does not disappoint as the latest product from him. However, I am surprised that it has gained this much hype and recognition. Nevertheless, it is just really cool to watch a boy’s life unfold before our eyes, and the true power of it is its ability to transport you back in time to, and through, those everyday yet memorable moments of your childhood. While Ellar Coltrane’s portrayal as Mason is understandably a bit mediocre, Patricia Arquette and Ethan Hawke both give superb Oscar-worthy supporting performances. This is a unique film that you simply must see.

This is a movie that did not create a lot of urgency within me to watch it. I did not really understand the significance of Alan Turing’s accomplishment, and I was a little sick of seeing Benedict Cumberbatch’s strange face everywhere. Yet when I finally sat down and watched it, I was thrilled. This is an excellent movie to go into blind, with little background knowledge of it like I did. While it is a bit formulaic, it has enough unexpected twists and character revelations to make it stand out. This film will leave you with a new respect and fascination for Alan Turing, and that is the sign of an excellent historical drama.

Selma was a movie that I was looking forward to, yet not sure what to expect. To me, Martin Luther King seemed like the most ambitious biopic subject, and I was eager to see him portrayed on the big screen. The film is mesmerizing, leaving you floored emotionally with the gravity of the events featured, which feel ever relevant. What I loved so much about this movie was how it showed the toll that the civil rights campaign took on King’s life and that of his family. More than just an inspirational movie, it is one that shows the personal cost of changing the world. This film takes place in 1965, and we see King dealing with marriage troubles, the expectations of an entire race of people, and his acceptance of the fact that he will probably be assassinated before his dream was realized, which he was three years later. It is the perfect background to detail amid the actual march to Selma and negotiations with President Lyndon B. Johnson. David Oyelowo is perfect here, showing King as a man struggling to remain composed while all hell breaks around him, right unto that point where he can confidently proclaim “Free at last, free at last, thank God almighty I’m free at last!”

The Theory of Everything

When this movie won best score at the Golden Globe’s, I was disappointed because it just said to be generic, average classical music. There were films like Birdman or Interstellar where the score was an integral part of the movie, that I felt were much more deserving. But when I finally watched The Theory of Everything, I was blown away. The score in this movie is just one of the many things that make it so magical. Beneath all the amazing accolades of Stephen Hawking, this film does an excellent job of showing the relationship of Hawking and his wife Jane, the struggle of staying with a disabled spouse. As well, the tension between her, Hawking, and John, her future second husband, is unforgettable, and behind it all, what holds it together, is the score. Although, the screenplay doesn’t hurt, nor does the outstanding job Eddie Redmayne did in portraying Hawking, and Felicity Jones did of playing Jane. Theory probably won’t win Best Picture, although I would not complain if it did, but outside of Bradley Cooper, Redmayne is the probable choice for Best Actor. Early in the movie, Hawking makes a little joke to his wife, saying “I’m just trying to figure out the mathematical probability of happiness.” This line stuck with me for most of the movie, and it seemed to be resolved perfectly with his last words of te movie, “Where there is life, there is hope.” That this is the last and most important point this movie makes is why I am such a big fan, and why it had such an impact on me.

Definitely the most surprising of the bunch, this movie left me afterwards with the feeling of awe, discussing its themes and message for the rest of the night. Whiplash is a movie about an aspiring drummer in music school, played by Miles Teller, that is driven by his cruel professor, played by J.K. Simmons, to be the absolute best he can be. Simmons is outstanding in this movie, playing a vicious, crude teacher that ultimately might actually have good intentions. He won the Golden Globe for Best Supporting Actor, and will likely win the Oscar in that category as well. It is so cool to see a music school movie, however unrealistic it may be. But the lasting point of this movie is how far will you go to be great, and what are the limits in which you can push someone to be the best. It is a movie that touches on ideas of philosophers, such as Nietzsche’s analysis of morals, and it is a movie that you absolutely have to watch.

It may not be a big surprise to you that this was my favourite of the bunch, as a lot of people really, really like this movie. But it may not be for everyone. It has everything you want in a memorable film: captivating direction, unreal acting, and a brash, effective score. There is not one camera cut in the movie, there is not one sound in the score that isn’t percussive, and there isn’t one actor that does not deliver a stellar performance. Michael Keaton is phenomenal in this comeback role, one that mirrors real life as an actor that was famous for portraying a superhero, and then blacklisted from any meaningful Hollywood roles. He attempts to produce and star in a Broadway play, and has to deal with existential struggles and finding his own self-worth. As well as it shows the plight of a man trying to believe that what he has to say is valuable, it is also a terrific look at the current state of Hollywood, and its version of art. As hard as it is to believe that a movie that takes shots at Hollywood could win its biggest award, it might do just that.