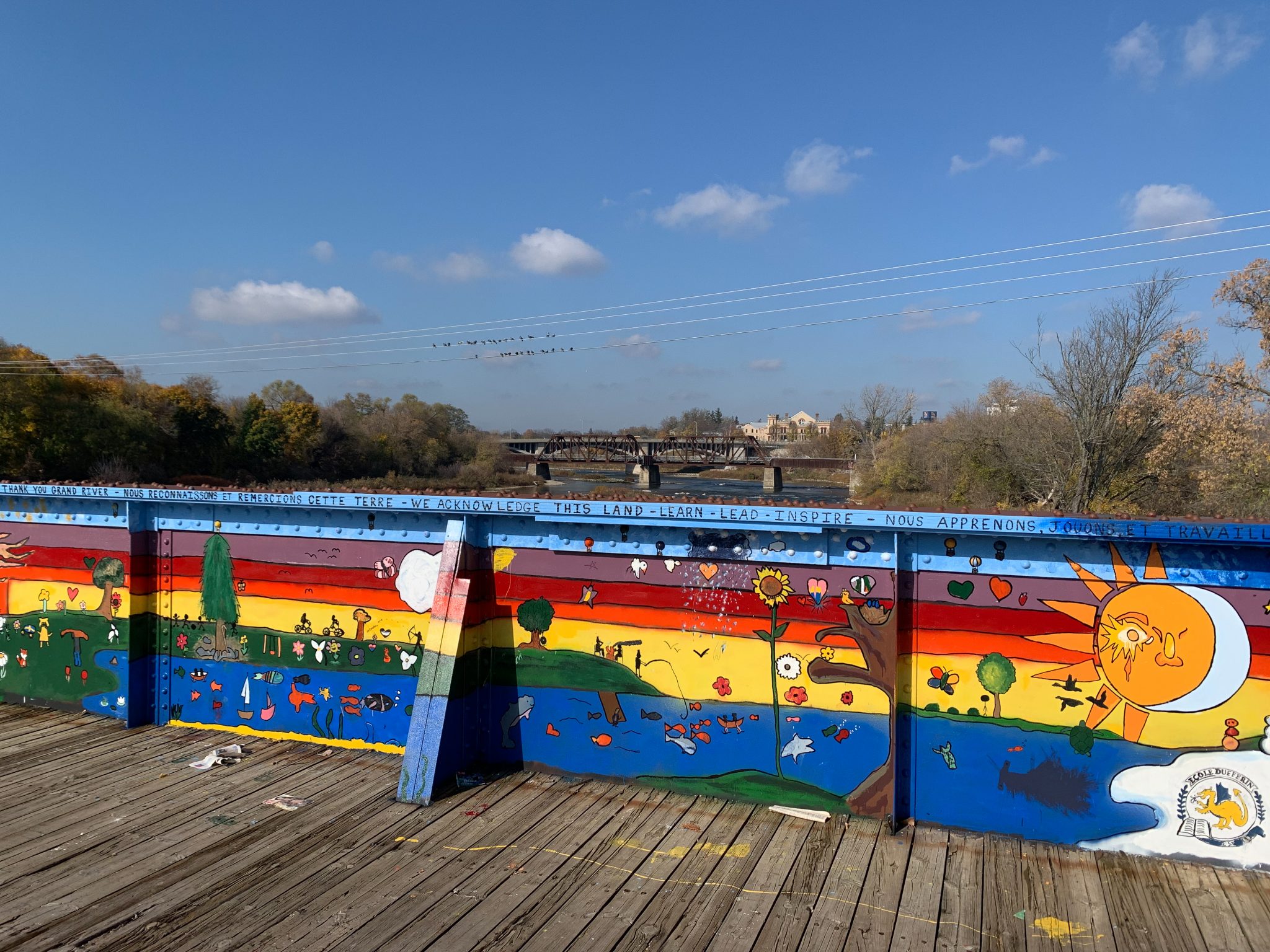 Local artists of all ages, skill-sets and backgrounds spent the last two months painting the panels of the TH&B pedestrian bridge crossing the Grand River just west of campus.

The City of Brantford launched the public art project and sent out an open call for submissions in September.

They received 36 submissions within the month from school classes, community groups and individual artists whose paintings now cover 80 of the 112 panels on the interior of the bridge.

You’ll spot one panel with that signature Laurier golden hawk yellow and purple that reads, “May your path be golden.”

Others depict significant Brantford landmarks or cultural figures: Wayne Gretzky, the Mohawk chapel, and the Grand River from several perspectives.

One artist chose to create a detailed map across two panels showing the parks, greenspaces and waterways in Brantford.

A bilingual banner at the top of the painting reads, in part, “Thank you Grand River, we acknowledge this land.”

“Our goal with a public art initiative like this,” says Laura Almeida, policy and program support analyst for the City, “was [to] provide community members [with] an opportunity to participate in a fun collaborative activity to instill a sense of pride in this important landmark.”

The TH&B crossing bridge is one of three bridges that cross the Grand River within a half-kilometre stretch.

Running parallel to the site of this public art project are the Lorne bridge, which carries traffic from Colborne St. W over the river, and Brant’s crossing bridge, originally designed as a railway crossing but later converted into a pedestrian and cyclist bridge.

Brant’s crossing was closed in 2018 due to severe flooding and an ice jam, making the TH&B crossing the main path for pedestrians and cyclists, who will now be treated to a great display of art on their way.

Since some of the scheduled painting days were cancelled due to rain, the City will be relaunching the program in the spring of 2023. A second call for submissions will be sent out to cover any remaining unpainted panels, so keep an eye out in the new year!