Should you give love a try? 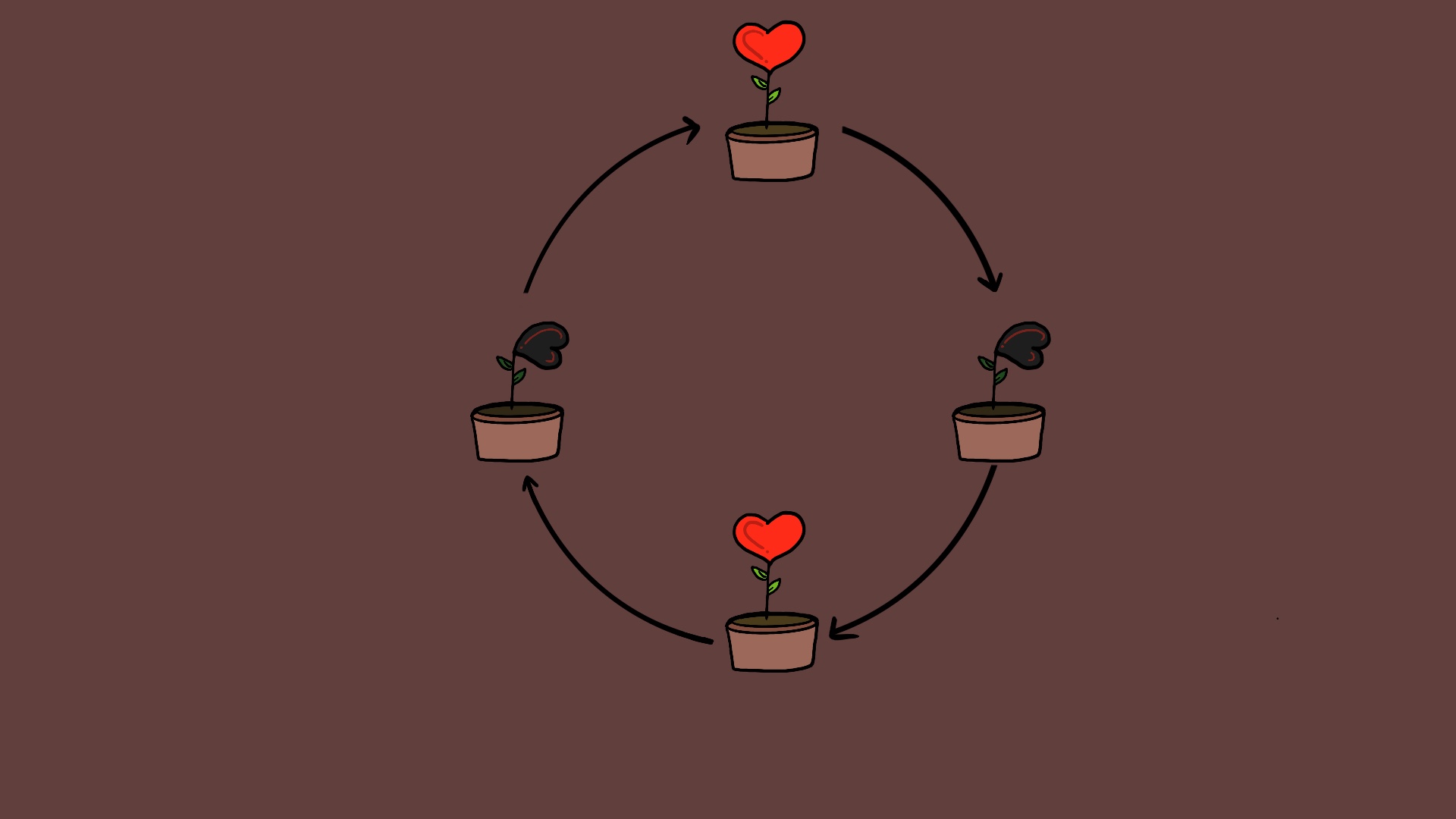 What is love? Every person has their own meaning attached to their view of love. Depending on their past experiences, it can be either positive or negative. But this can change as a person grows and as they develop new experiences for themselves, for better or worse. I asked Laurier students from different backgrounds and years to see how they view love.

Love can be a very fragile topic to some. Many people keep most of their past private and don’t open themselves up to new love. For Kristen Gilmore, that is all too familiar. A fourth-year psychology student, Gilmore came into university after a very bad breakup. She sees that as one of the more minor problems that she had to overcome.

“I was just very closeted. I never came out to anybody, my family, none of my best friends knew, no one really knew, I was just hard to open up to people just through a lot of trust and I just never thought it would be acceptable..,” said Gilmore.

Changing her perspective of love into a negative one in first year, Gilmore became anti-love while she tried to work on who she was and who she wanted to become. She decided to break her silence and be more acceptable and open about her feelings, resulting in a now just under six-month relationship with her girlfriend. She never would’ve thought this could be possible when coming to Laurier.

“I would never think in a million years I could be treated the way I am treated, shown love I never thought I deserved until you find that person,” said Gilmore.

Creating a bond or a connection with the person you love is a need that has to be checked in people’s list. Aside from opening up to your significant other, both people must make the same effort. For Paige Murtagh, being able to make little sacrifices in your own life for the one you care about is just as important. Growing up and watching her parent’s love, Murtagh learned the importance of compromise.

“My parents have given up a lot for me and sacrificed a lot for me so now [as] I go forward in life I can make those sacrifices for people and those compromises for people that I love and I care about because I think it’s important to make others happy that make you happy,” said Murtagh.

This wasn’t always the case for Paige. Coming into first year being very self-focused and trying to figure out her academic schedule, she didn’t have the time to make those sacrifices. Now being in her third year and in a seven-month-long relationship, she’s learned a new way to love and to be loved that works for her and her schoolwork.

“I’ve been able to expand my eyesight from being internal to helping out others. Instead of being like ‘this works for me’, I can think ‘how can this work for you or us?’,” said Murtagh.

Taking a break from relationships when one starts at a new school isn’t necessarily for everyone. A lot of students coming into a new school environment want to make a good first impression among their new friends. Wanting a love that everyone else has and trying to mirror it into your own life isn’t the best for your mentality. Kevin Delacruz learned that the hard way in his first year. He had a relationship straight out of high school, and it not working to his advantage.

“I just wanted to have a girlfriend, I was being a child and selfish, it was wrong to be with that person. Compared to now, I understand [the] importance of love and relationships..,” said Delacruz.

Time and growth are something we all have the potential for. We can learn from our mistakes or even others’ mistakes. After experiencing a brutal break up in her first year, Mila Menna had a cynical and jaded perception of love. But as time passed, Menna started to surround themselves with positive vibes and people who embodied a wholesome, accepting mindset. Through challenges that they’ve faced themselves, Menna believes that if something is off or is unattainable about the person you are trying to impress, it isn’t worth it.

“If someone doesn’t like you back, that’s an automatic deal breaker. Don’t ever feel the need to prove your value to someone who isn’t invested in you whatsoever. They ain’t for you – move on,” said Menna.

By hearing what most students regretted in their first year, Nadia Walker a first year herself, has already learned a lot about who she is and what love is.

“… I find I have come to terms that if something bad happens in a relationship then that’s life. I’d rather have loved and lost than lost and not loved kind of idea,” said Walker.

Having been with her boyfriend for five years now, her experiences with her partner have shaped her into who she is today. Love, to Walker, needs to be respected on an equal playing field. Valentine’s Day itself isn’t a big deal to Walker when it comes to love. She says it’s more about giving back when she can to those who feel left out or to people in need.

“ …What I did to try and fix these feelings of being left out for Valentine’s [Day], I always help one homeless person with a meal or something small like that …for my close friends I usually bake … to let them know I care and then I celebrate very classically with my boyfriend with dinner and a nice night,” said Walker.

For the people who have a negative outlook on love, Delacruz implies that there is love all around; we just have to value it just as we would another person.

“…All your friends, family, even your pets, they love you. Even in the darkest of moments, love is within you, someone is out there who loves you,” said Delacruz.