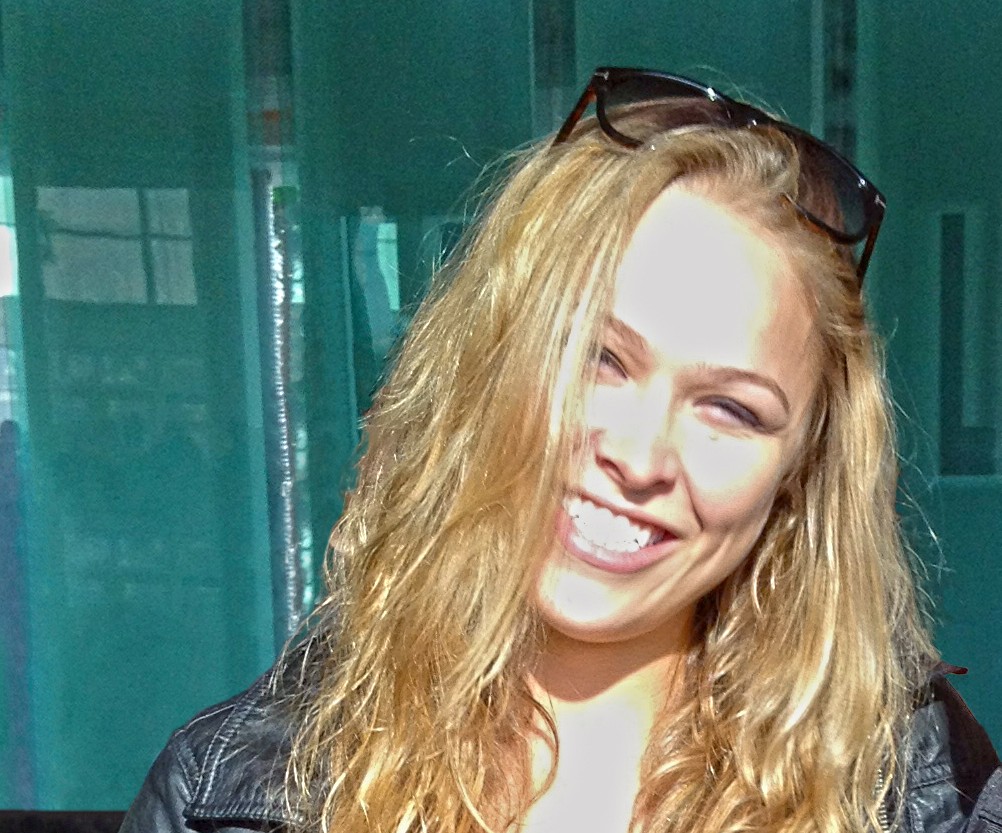 The arena is humming with nervous excitement. Flags and posters are dotted among the crowd. The lights go dark and people begin to cheer. Joan Jett’s “Bad Reputation” blares over the speakers as “Rowdy” Ronda Rousey begins her walk to the octagon.

When people think of UFC fighters, they typically picture huge, burly men with tattoos and beards beating each other bloody in a cage. Most people today know the big names of the most feared fighters like the now retired Georges St. Pierre or Anderson Silva.

Now what if I told you that arguably the most chilling and talented fighter currently in the UFC stands at a mere 5’6 and weighs 135 pounds? Her name is Ronda Rousey. Yes, she is a woman.  She’s also the best female fighter in the world today as well as one of the top mixed martial artists on the planet.

Rousey owns a perfect record, which in the realm of Mixed Martial Arts (MMA), is extraordinarily hard to attain. It stands at a pristine 11 wins with zero losses.

Before Rousey was a UFC champion, she was an Olympic athlete. She competed in the 2008 Beijing Olympics and took home a bronze in Judo. With that win, she became the first American woman to medal in Judo.

Her judoka background has translated directly into her success as an MMA fighter. She even has her own signature move that she uses to finish her opponents. The basic premise of an armbar is to catch your opponent’s arm or shoulder joint and hyperextend it to the point where they have no choice but to tap out.

Rousey’s arm bar is especially lethal. If you don’t believe me, check out her record. She has finished nine of her eleven opponents with that limb crunching submission.

In a day and age when men dominate the sporting world, Rousey is a breath of fresh air.  She’s out-spoken, charismatic and talented. The former Judo champion knows how to market herself and isn’t afraid to generate some controversy with her words. But there’s a key to all of this. Whatever Rousey says, you can almost guarantee that she will back it up.

She’s also tough as nails and in the world of male dominated MMA, she needs to be. In her quest to build both her repertoire as a champion and public ambassador profile for the UFC, she has clearly faced challenges that her male counterparts did not.

Many fans didn’t believe women should ever fight in the UFC. They thought it was barbaric and that the women were not as talented as the men. Rousey is not only fighting her opponents in the cage, she is fighting the stigma that women can’t compete in the same octagon as men.

Rousey wants to help make women’s MMA more established. In order for her to do that, she only needs to continue the path she’s on. The brash fighter has already had so much success; it’s amazing to think that people still doubt her.

She has won the Female Fighter of the Year award the last three years running, she is the only woman ranked in the UFC’s top ten fighters and Rousey has translated her success into sponsorships and movie roles as well.

Ronda Rousey should be a role model for women and men across the world. She’s tenacious, confident and has a willingness to fight for what she believes. Despite constant criticism and judgement, she hasn’t let any of the talk phase her. She will continue to fight because her battle is never over, both literally and figuratively. That willingness to continue moving forward is what makes her a true role model and champion.