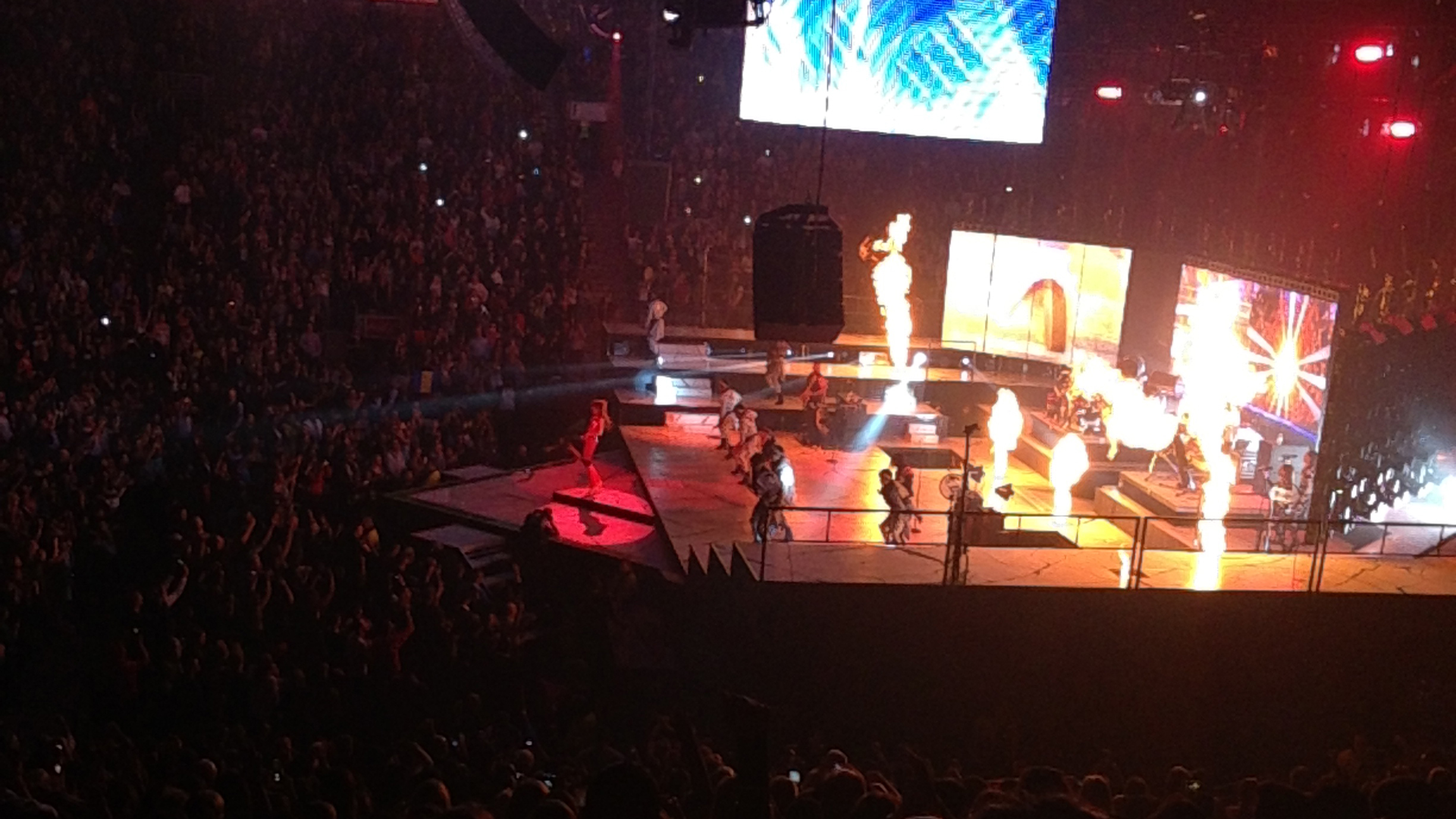 The temperature outside was in the negatives in Toronto with the snow tumbling rapidly from the sky on both days, but that didn’t stop pop star Rihanna from heating up the temperature inside the Air Canada Centre with her Diamonds World Tour March 18 and 19.

The singer brought the much-needed heat to her Canadian fans during the two-night stop and we welcomed it with open arms. The arena was packed both nights with fans decked out in their Rihanna-inspired outfits that braved the snowstorm to have some fun with their favourite starlet.

“TORONTO it’s me and you tonight!!!!  #DiamondsWorldTour,” the singer tweeted hours before her first show on the 18.

As soon as the lights went dark in the arena, the chaotic screaming ensued, and the music for the singer’s track Mother Mary began to play over the speakers. A black curtain covering the stage fell to the floor as Rihanna was revealed to her fans and her angelic voice sang the first lyrics of the night.

The soft and slow track was followed by some of her faster tracks Phresh Out The Runway and Pour It Up, which had every single person in attendance on their feet. After a quick costume change, the singer returned to the stage in thigh-high white go-go boots to belt out her fun track You Da One, one of the best performed songs of the night.

Giant screens at the sides of the stage amplified Rihanna’s flawless beauty as the singer was noticeably having some issues singing some of the lyrics after having very recently suffered Laryngitis. Regardless, her performance was still outstanding; the girl gave it everything she had.

Her songs throughout the night were accompanied by dancers, a live band, real fire effects, lasers, and stage setup changes to keep the audience on their feet anticipating what was going to happen next.

Near the end of the show the singer rose from under the stage in a sparkly dress with a dollar bill print on it to sing one of her most successful songs We Found Love.

“Toronto, are you ready to party?” she screamed halfway through the song as she fearlessly ran off stage and into the crowd to hug some of her fans and dance along with them.

“I love Toronto because everyone here is like one big family and I always feel to welcome. I will always, always, always come back here,” said a very humble Rihanna.

After exiting the stage and saying goodnight, fans waited for an encore from the singer and just as the suspense was at an ultimate high, the singer rose from beneath the stage once again and sang a ridiculously beautiful rendition of her song Stay accompanied only by a piano. The song showcased the singers’ true ability to sing and was a high point of the night. Finishing the show with Diamonds, Rihanna ended the night once again thanking her fans, waving and smiling for pictures before slowly exiting the stage.

“#TORONTO I always had a special place in my heart for you! Last night was unforgettable!!! Thank you! Tonight is #Round2 #DiamondsWorldTour,” she tweeted the morning after her first show.

It was easily noticeable that Toronto has a special place in its heart for Rihanna as well, and after seeing a very humble and soft side of the singer at both of her recent show, her music will always be welcome in the city.