Radical week and activism on campus 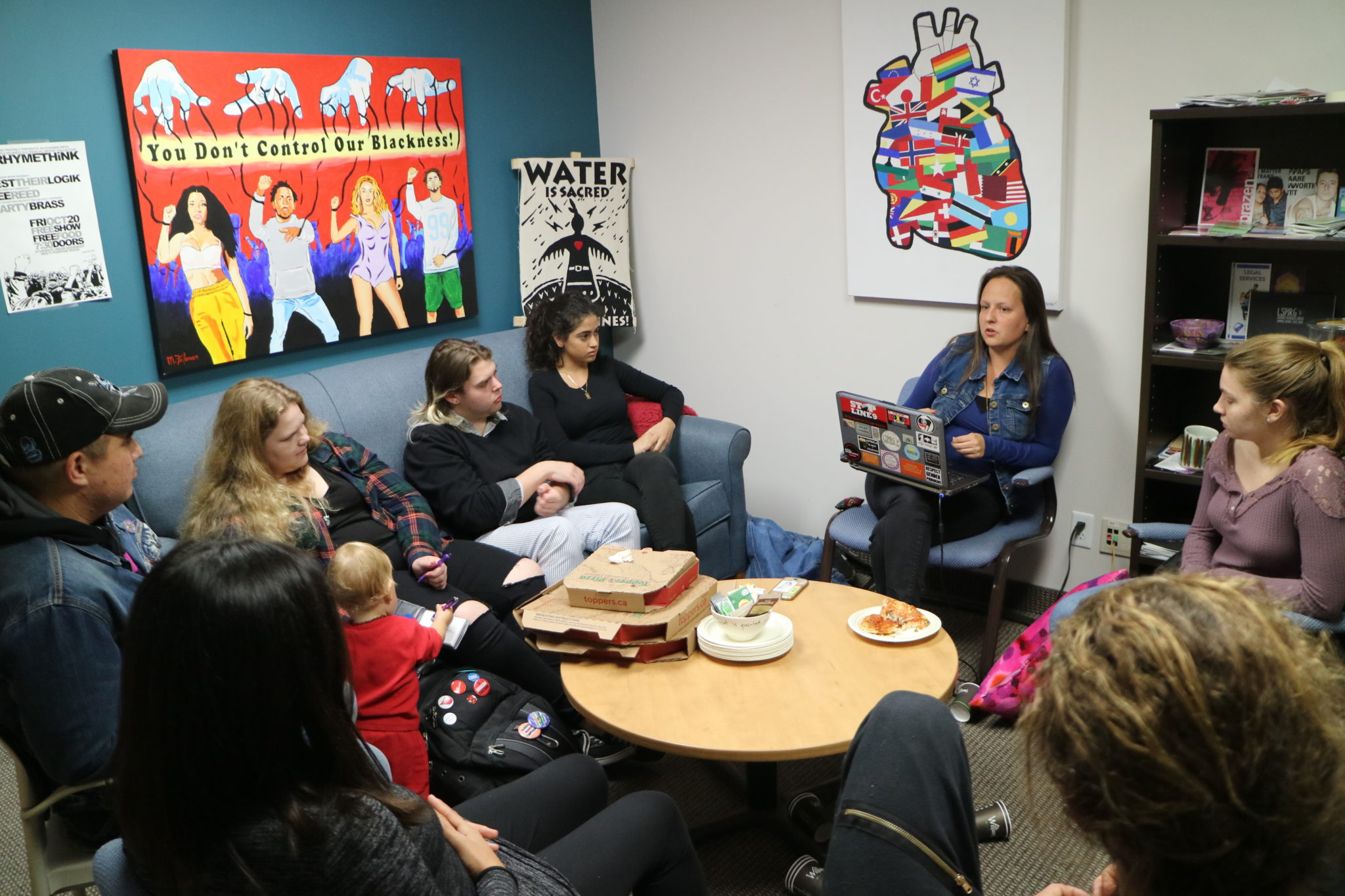 The concept is similar to Orientation Week, but promotes activism and involvement on both Laurier campuses. Jayden Lavallie, who coordinates Rad Week, explained the purpose as, “a week’s worth of programming to get LSPIRG out there and let people know who we are and what we are doing on campus.”

This year’s lineup involved button-making, discussions about Donald Trump’s travel ban, an art project to give an outlet to people who needed it, a movie and pizza night, a breakfast to discuss diversity, and a lunch to discuss reconciliation with indigenous peoples.

Lavallie is the volunteer and community engagement director on the Brantford Campus. She deals primarily with student volunteers, and provides guidance to the action groups and  volunteers who are running events.

The Brantford campus is LSPIRG’s satellite office. According to Lavallie, “LSPIRG has been in Waterloo for 15 years, and has been on Brantford for one. There are two employees in Waterloo and only one in Brantford.”

Lavallie explained that “LSPIRG is a nonprofit organization that is student funded. We offer opportunities for students to get involved in activism and we do a lot educational campaigns, as well as workshops, to help students develop tools around advocacy and social justice.”

LSPIRG also provides a lot of volunteer opportunities, so students that are interested can volunteer generally with the group, or create their own action group and get funding each semester to run events and campaigns. Students can also put on one-time events. Lavallie is on campus to help students with funding as well as event and group planning.

Lavallie explained that there has been huge difference between this year and last year’s Rad week.

“I have had really good attendance this year, but last year it was really hard because it was [LSPIRG’s] first year here. Primarily what I did last year was just explain to people who I am and that LSPIRG existed. But this year it has been so much better because people do know we exist, and so now I have been able to focus on the actual events and things like that. This year I have been getting a lot more emails from people wanting to get involved.”

The dinner and a movie night featured pizza and the movie Just Do It: A Tale of Modern-day Outlaws. The film features a behind-the-scenes view of climate change activists who put themselves on the line, despite varying threats, including arrest.

Lavallie explained the movie as, “a fun film based in the UK. The documentary film maker got some pretty great behind-the-scenes access to a lot of climate change activists doing direct action and civil disobedience work. It’s a pretty interesting documentary since you do not normally see the actual activists talking about their experiences or their plans or what they are doing.” Lavallie also mentioned there’s always food at  LSPIRG events because “Everyone is a student, so why not.” After the film Lavallie facilitated a discussion about the movie.

For anyone that is looking to get involved as a volunteer or start a new group with LSPIRG Lavallie said, “I am a pretty approachable person. If you just send me an email we can go for coffee and discuss how you would like to be involved.”