Bowl and spoon in hand, over 2,200 attendees celebrated the ninth annual Chili Willy Cook-Off and Free Skate on Feb. 28. Seventeen teams served a variety of chili, raising $7,800 for free programming in Harmony Square. 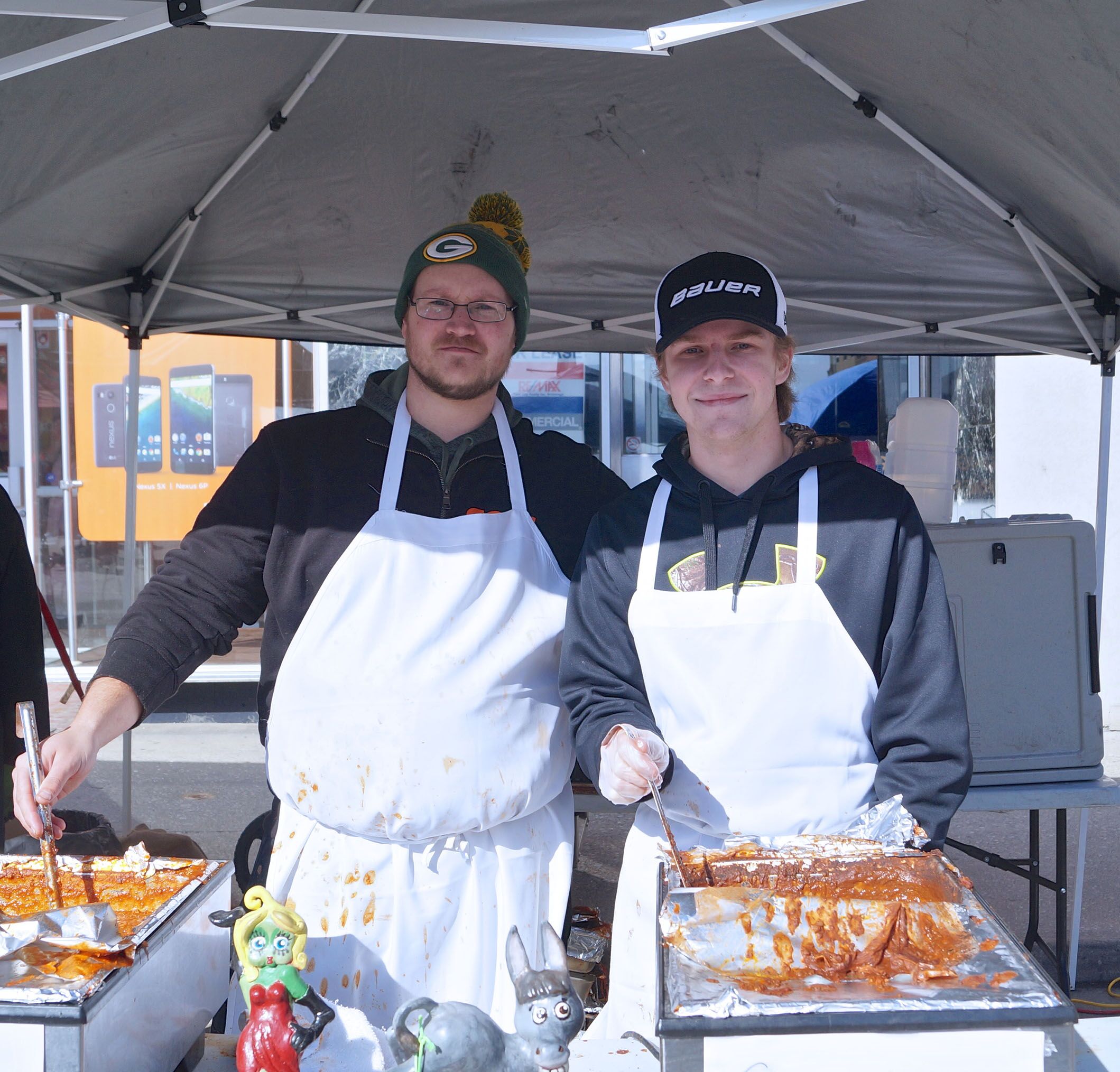 Witteveen wanted to crush last year’s record of 1,500 bowls by selling 2,500 bowls at the event. Although this goal was not reached, the cook-off surpassed last year’s sales by serving a total of 1,602 bowls of chili.

Brantford Community Events Co-ordinator Jennifer Middleton was not discouraged by not reaching the 2,500 bowls. “Two thousand and sixteen was the best year yet! We sold the most amount of bowls this year, and it’s all thanks to the teams that participated,” stated Middleton. “The numbers continue to grow each year, and we will reach that goal.”

Middleton hopes to have 20 to 25 teams participate next year.

The cook-off was all in good fun, however, there was some friendly competition amongst the chili chefs. The awards up for grabs were the mayor’s choice award, the kick-back award, the best display award, the love of chili award and the coveted people’s choice award.

The Works reigned supreme after taking both the mayor’s choice and the people’s choice awards. Strodes BBQ & Deli took home the kick back award, the Brantford Firefighters Association won the best display and Riverview Terrace walked away with the love of chili award.

The Works manager Charlie Sarault said they’ve done well in past cook-offs because they go with what people want. The Works served a Canadian maple bacon chili concocted by chef Brad Sennema.

Goo, of Goo’s Take Out, was excited to be a part of the event for the fourth time. Goo said his game is good and he loves “every bit of competing against people who make chili for a living.” Goo took home the kick-back award two out of the past four years and was gunning for the people’s choice award. Wanting to enter the contest on a good note, Goo brought 160 litres of two different kinds of chili: a spicy Sriracha chili and a chocolate chili.

Aside from competition, the cook-off gives chefs the opportunity to get creative with their dishes. The ingredients in the chilis ranged, however, many integrated bacon into their recipes. Witteveen said he thought Strodes Express would have an advantage, as their recipe calls for “pig belly; real bacon.” Strodes Express had a few other tricks up their sleeves; they added a “secret sweetness” into their chili that Witteveen felt would bring home the win.

The day had more to offer than just chili. Piano Man John Moorhouse performed classic covers and the skating rink in the square was also open for the public, which many took advantage of.