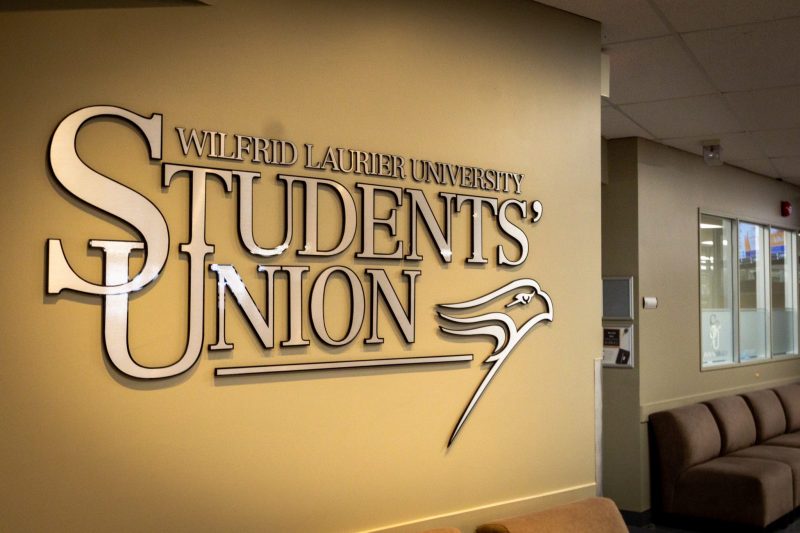 If you’ve been involved with clubs or associations at Laurier in the past few weeks, then you’ve probably had the opportunity to utilize The Perch: the Students’ Union’s newest accessible and straightforward resource for groups at Laurier.

This app — or interface, allows for people to find out what clubs are available, at either the Brantford or Waterloo campus, join them virtually, go through and look at current and upcoming events and interact in real time with the university’s Clubs and Associations Department.

It will also help these clubs on an organizational level, as their presidents will be able to more efficiently and effectively manage their executive teams, volunteers and volunteer-related administrative forms.

The website provides contact details for these executives, as well as social media contacts for these clubs and associations, for those who may be interested in getting involved or becoming members.

The Perch was made a reality when the Students’ Union signed an agreement with CampusVibe, whose partnership has allowed them to work on the interface, which was launched in mid-October.

“The Clubs & Associations department led by Sara Clark, has done a great job preparing this new platform for our 18,000 undergraduate students across both the Brantford and Waterloo campuses,” said Tarique Plummer, president and CEO of the Students’ Union, in a letter to the student bodies of both campuses.

“It is now the hub of all things clubs and associations related; providing students with the ability to interact with the on-campus clubs through group and event pages.”

When discussing The Perch with Plummer, he also noted how this new interface will help the Students’ Union, both from an administrative and organizational perspective.

“It helps us on the back end [as well], in terms of managing all the clubs that we have, going through registration forms with new clubs, looking at event submission forms, helping with club budgets and [each] club’s constitutions. It makes us able to interact with these clubs, real time,” Plummer said.

When previously booking appointments, clubs missed out when asked these sorts of questions. With The Perch, they will instead be able to respond by using a platform that is now actively in use, created for this purpose.

“When it comes to the club presidents, [they] now have the privilege of organizing it in such a way that they can communicate live with their team … They can create limits or restrictions to what they have access to and give you more access if they want to,” Plummer said.

“They can do anything regarding administration on that platform and send that information to their volunteers.”

The Perch’s user interface is intertwined with Laurier’s single sign-on. The same login that is used for MyLearningSpace will be the same login used to get onto the app. The website features a calendar that will show daily club events, and has a feature that allows people to share the event directly onto Facebook pages.

“It makes it easier for students to become more involved — you no longer have to look at bulletin boards if you’re not a big fan of that; you can just log onto The Perch, you see everything that’s going on, join if you wish, send them questions, comments or compliments if you want to,” Plummer said.

The feedback for The Perch in the past few weeks since its release has been mixed — but Plummer isn’t worried in the slightest.

“There are many people who asking the question: ‘What? Why? Really?’ … Not a lot of individuals [will be] super aware of some of the operational achievements until we fully accomplish our marketing strategy,” Plummer said.

The Students’ Union has been focussing on boothing on the Brantford and the Waterloo campus, training presidents and executives, as well as sending out email notifications to students who may not be aware of what’s happening.

“Some individuals want to understand more how to navigate our interface, while other individuals are not the biggest fan and would still prefer to see things on bulletin boards — which will still be there,” Plummer said.

“We’re trying to make sure that we have a much more sustainable, economical [and] environmentally friendly model to work with … it’s making a lot of headway.”

Come January, they’re hoping to open a promotional series, in order to get the entire university body fully aware that The Perch exists and utilize it to its full potential.

“If you’re a club, it’s impossible for you to operate now without being involved in it. So it’s of your benefit to inform your members of what’s going on [and] to get into it as well,” Plummer said.

Plummer understands how close-knit the Laurier Brantford community is and says that some of the main functions of this new interface will be as an organizational, administrative tools for these clubs.

“It will help key individuals who are just wanting to be more involved, to understand what events are taking place,” Plummer said.

Furthermore, the interface will present opportunities for the executives of clubs to ask themselves questions like: “am I able to organize my entire team in a way that will make us more efficient on the path?”, Plummer said.

“[For] the Brantford campus, [The Perch focusses] more along the lines of efficiency, organization and being able to find when all these events are, so you don’t miss anything.”

The Students’ Union also wants students of the Brantford Laurier campus to understand that their campus is — and has always been — in the foreground of their future plans for the campus.

“There are projects going on behind the scenes to see if we can actualize something very similar to that, in the near future,” Plummer said.

From a university perspective, the Students’ Union wants the student bodies of both campuses to understand that significant changes like these take time, from a planning and orchestrating perspective.

The Students’ Union will be working with the university on a number of Brantford projects in the near future, including those focussing on Market Square as a social, campus hub.

“The only thing we ask of from the student body is be patient: we’re trying our absolute best to ensure that we can have amazing [locations] on both campuses,” Plummer said.