March Madness is down to the Final Four 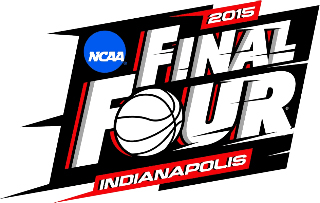 Following a month of complete madness, the final four teams are set to face off on April 4. March 28 witnessed two games in the Elite Eight, beginning with the second-seeded Arizona Wildcats, who faced off against the number one-seeded Wisconsin Badgers in their first Elite Eight match-up since 1974. Arizona looked to avoid yet another Elite Eight exit in the tournament whereas Wisconsin looked to enter their second Final Four in a row. The Wildcats persisted against the Badgers, but in the end it came down to great defense from the Badgers and a clutch three ball at the end from Sam Dekker to send the Wildcats on the bus back home. Dekker notched 27 points and his teammate Frank Kaminsky recorded a game-high 29 points. Kaminsky then entertained the camera following the win by dancing inside a circle of Badgers players celebrating a great game by the seven-foot forward.

The night game featured the unbeaten University of Kentucky, who are surging to win the NCAA men’s basketball title undefeated and have the moreseason wins in total than any other team in history, and the third-seeded Notre Dame Fighting Irish who were looking to spoil the party. This game was a complete nail biter as the Fighting Irish came out strong through the entire fixture. Zach Auguste put up 20 points keeping the Wildcats on their heels and it took until the final whistle to decide a winner.

Following a battle of three-pointers from Aaron Harrison of the Wildcats and Jerian Grant of the Irish, the game was settled at the end when Kentucky saw their final possession end on the free throw line. Aaron’s brother Andrew drove to the basket drawing a foul with only seconds remaining. He made both attempts and Grant drove down the other way for a final shot only to see the ball come down beside the basket. Aaron Harrison said in an interview after the game, “We know our will to win. And it just showed us we never give up, and we fight to the end just like any other team.”

On March 29 the next two games were played to decide who will play Kentucky and Wisconsin. The seventh-seeded Michigan State Spartans took the floor to face Head Coach, Rick Pitino and the Louisville Cardinals. With much to expect from Louisville and none from the underdog Spartans, the game noticeably went the Spartans way. Travis Trice of the Spartans was the player to watch as he put up a team-high 17 points to lead the Spartans to victory against a favoured Cardinals team. The game finished in overtime by a score of 76-70.

In the other match the number one seeded Duke Blue Devils squared off against Canadian Kevin Pangos and the second-seed Gonzaga Bulldogs. Duke carried a tall team and the tournament’s most exciting player, Jahlil Okafor, a great defensive player and a good ball handler. Duke began the game strong, but Gonzaga battled back hard to reach within a five point deficit. In the second half, Duke was too much to handle for Gonzaga as Guard Matt Jones slotted home a few three-pointers to tie Justise Winslow with a team-high 16 points.

The Final Four games will be held on April 4 as Duke battles Michigan State and Kentucky faces Wisconsin. My prediction is Kentucky and Duke will meet in the final and Kentucky remains undefeated by a three point margin. 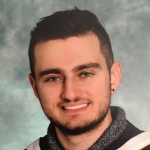