Manic Pixie Dream Girl: The struggle with realizing your favourite movie characters were based on a lie 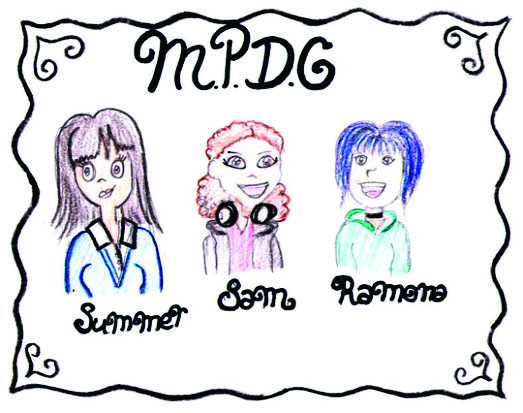 In an attempt to up its game as the hippest wordlist, Oxford Dictionary announced that it had added 1,000 new words to add to its definitions on August 27. From manspreading to fur baby, it’s hard not to imagine the list being created by a bunch of “cool” older folks trying to nail down the millennial’s colloquialisms. Somewhere between wondering why the hell the statement: “NBD, but are you ready to fangirl over our dictionary update? Abso-bloody-lutely. We’ve got some awesomesauce new words – no, rly – that will inform and entertain whether you’re hangry or it’s already wine o’clock. Mic drop,” ever needed to appear in print (as it did on the dictionary’s website), and crying over the death of the English language, Oxford’s list reminded of a term I’d long forgotten, manic pixie dream girl.

I had stumbled upon the term years ago, but being annoyed by the way it sat on my tongue and how it sounded like some sort of rogue LARP- meets –MySpace-username combo, I never truly gave it much thought.

Thanks to Oxford Dictionary, the term is now clearly defined. According to the updated definition list, manic pixie dream girl is to be understood as, “(Especially in film) a type of female character depicted as vivacious and appealingly quirky, whose main purpose within the narrative is to inspire a greater appreciation for life in a male protagonist: In a traditional single story romcom, these figures tend to be the manic pixie dream girls or unrequited objects of affection.”

So, what film characters meet this one dimensional female character archetype? Top examples are Holly Golightly, Annie Hall, Clementine Kruczynski, Amélie Poulain, Summer, Sam, etc.  In other words, every one of my teenaged cinematic idols.

I had built myself attempting to channel the ladies in my favorite films by mimicking their aura of quirky, indie music loving, free spirited, independence. I was Sam from the movie Garden State, in her bedroom doing her “random dance”, being a goddamn individual. I sat on my high horse, judging the plebs I considered to be mindless pop-gobblers, like Kardashian fans, as I channeled Amélie and ate raspberries off my fingers listening to The Shins, but was I really that different?

Mulling over the manic pixie dream girl definition, staring into the eyes of my Ikea print from Breakfast at Tiffany’s that has been hanging on my wall for time immemorial, I began to feel a pit in my stomach grow. It’s a very strange experience, realizing your conception of individuality is hollow and inauthentic.

How had I been silly enough to fall for such an archetype, the manic pixie dream girl? Sure, their hairstyles vary, but how had I failed to realize that every one of these characters is typecast? They’re generic to the point that each one is a thin, white girl who primarily exist as the muse in realities driven by the lust of male characters. There is no diversity in the world of the manic pixie dream girl. No curves, no women of colour, no deviance from the heteronormative.  Some of these characters don’t even have last names, like, Summer. Nobody can be Summer.

I’d like to thank Oxford Dictionary for the update, because sometimes reality checks come from the places you’d least expect them, like on a list wedged somewhere between, lolly-cake and mansplain.