Laurier Brantford hosts dodgeball for a cause 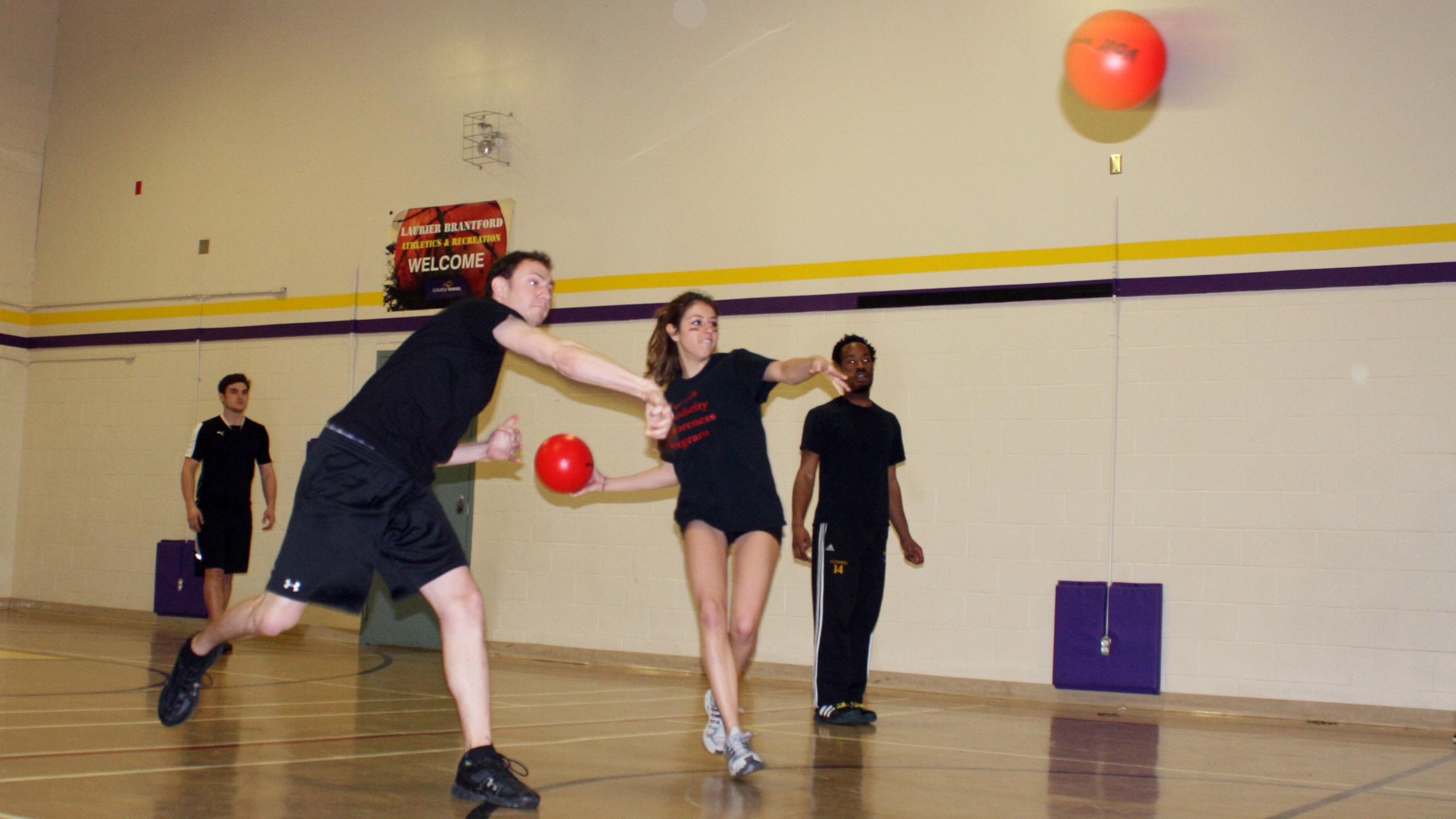 On Saturday, Laurier Brantford students hit the dodgeball court at Wilkes Gym for a good cause. The tournament was a fundraiser put on by Laurier Brantford’s Campus in Action group (C.I.A), raising money for the Free the Children Clean Water Project in Kenya.

President of C.I.A. and tournament organizer, Caitlin Janzen, believes in the cause which is why all C.I.A. events this year have helped to raise money for Free the Children.

The tournament got underway and consisted of five teams. Each team played each other once in a round robin, before semi-final matchups were decided. The teams battled hard and in the end it was team Jacked and Friends pinned against Abusement Park in the finals. The teams fought to a very close game, with just two players left on Jack and Friends’ side and one for Abusement Park, it came down to the wire. In the end it would be Jacked and Friends who were able to come out on top.

Jacked and Friends member Steven Haines says the tournament was a fun way to get people together and come out for a good cause.

“It was good, everyone came together, threw down five dollars for the Clean Water Project and everyone just came out for a good time, it wasn’t very competitive,” said Haines, “It was a fun day, just something to do on a Saturday afternoon and it’s for a good cause.”

The tournament concluded with closing ceremonies at Piston Broke. There the winning teams were treated with pizza and refreshments while prizes were handed out to the winning teams, to the MVPs of the tournament, and the winner of the 50/50 draw, as well as a few other prizes. The teams were also encouraged to dress up in costumes for another prize, awarded to the team with the best costume.

Janzen was pleased with the tournament as everyone who participated went home with some goodies and had a very good time. As well the tournament was able to provide a nice contribution to the Clean Water Project.

“Today we were probably able to raise around $250 dollars for the Clean Water Project,” said Janzen.

The C.I.A. has been holding many other events throughout the school year such as bake sales and their recent caramel candy apple sale, with all their proceeds also going towards the Clean Water Project.

“Including today I would say we have raised somewhere between $800 and $1,000, including all the other events that we have held this year,” said Janzen.

It was a fun day for everyone that came out and with the $250 raised for the project, the players will help to provide many kids with fresh drinking water and help to get others involved as well.