Laurier at risk of missing playoffs 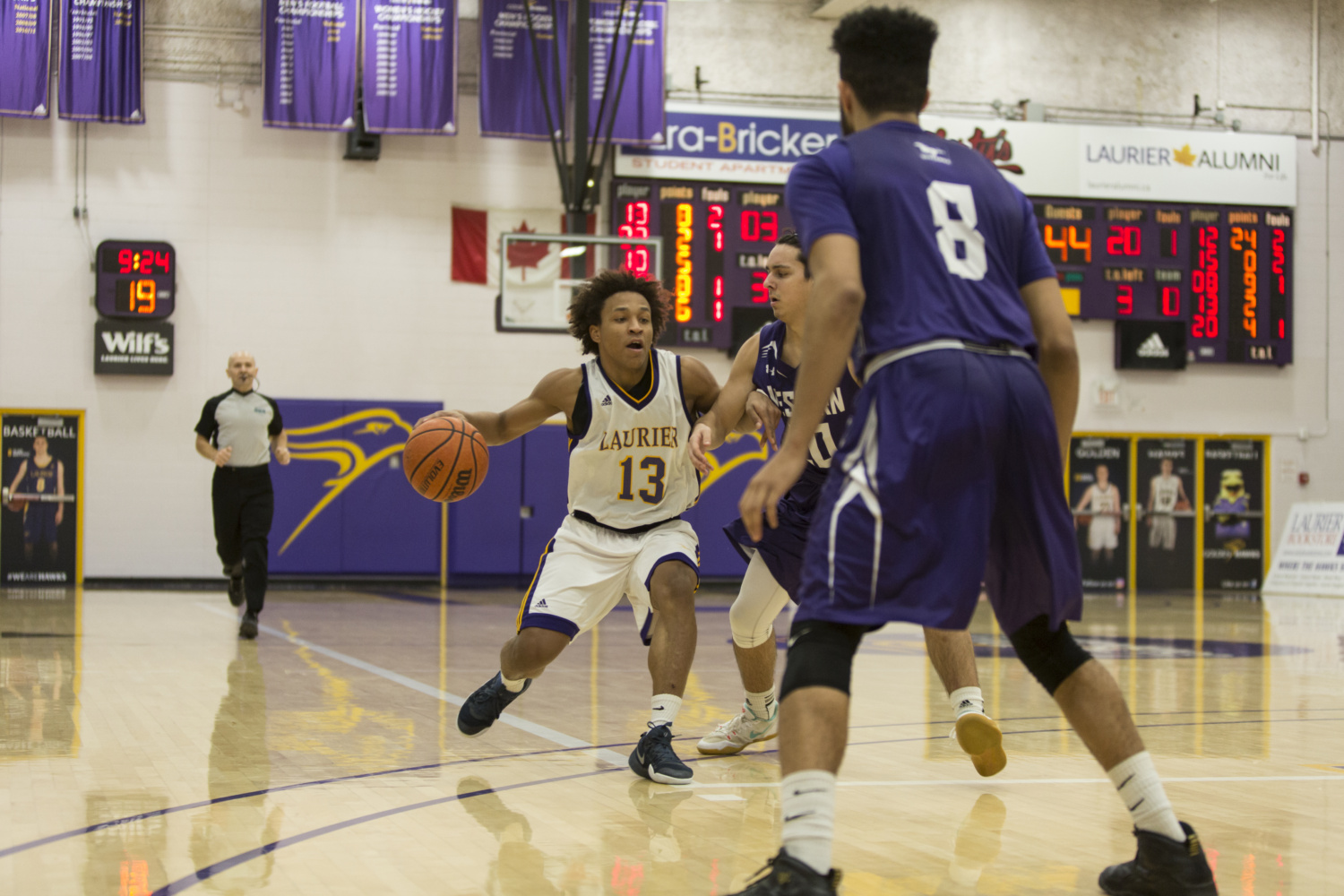 A three-game losing streak has Laurier hanging onto a playoff spot in men’s basketball.

In their first season under head coach Justin Serresse, hired to replace Peter Campbell who retired after 16 seasons as the head coach, the Golden Hawks are part of a four-team battle for the final three playoff spots.

The losing streak has dropped Laurier in to a group of four teams that includes Lakehead, Queen’s and Waterloo, which will result in one missing the playoffs.

The team has been lead by offensive freshman sensation Tevaun Kokko who has started every game. In a team high 31 minutes a game Kokko has had no problem scoring as he leads the team with 19.2 points per game, including at least 12 every game, the fifth best mark in the OUA. Kokko has been Laurier’s best deep threat connecting on 39.3 per cent from deep, the fifth best in the OUA for players attempting at least five a game.

The only other Golden Hawk to start every game has been fifth year senior Matt Chesson. Chesson is second on the team in scoring (11.1 per game) and rebounding (6.4). Chesson is also one of seven players with over a block per game (1.1) as he excels as an all-around player for Laurier.

Another senior leader for Laurier has been Vlad Matovic. Matovic has only started four games this year but leads the team in rebounds with 7.2 per game, which is eleventh best in the OUA. Junior Chuder Teny has done his part as a playmaker on the team with 2.7 assist per game, trailing only Kokku who has 2.9 per game.

Freshman Shamar Burrows started 13 of the team’s first 14 games but has been replaced in the line-up as he has struggles since returning from winter break scoring no more than eight points in a game.

In a misleading stat Laurier is second in the OUA in offensive rebounds per game with 13.1. The reason for all the rebounds is the amount of shots Laurier misses with shooting percentage that ranks 15th in the OUA leading to many chances to collect rebounds. Overall Laurier is still getting outrebounded by their opponents by an average of 2.1 per game.

Laurier struggles to score, 12th in points per game, as well as on defence, 14th in points allowed per game. The one area the Golden Hawks excel in is shutting down the opponents three-point shooting. Laurier limits their opponents to a 30.3 shooting percentage from deep, the third lowest mark in the OUA.

Laurier will need a win against Lakehead on Saturday Feb. 18 to guarantee their qualification for the playoffs. Laurier would be hoping for a rematch against either Laurentian or Toronto in the first round after defeating both teams earlier this season. Another potential opponent could be Nipissing which beat Laurier 66-65 earlier this year.

Laurier has long odds to reach their first U Sports final eight since 2006, when it was still 10 teams but next year should be improved in Serresse’s second season in charge.