I don’t think I’m an inspiration, and why should there be a hierarchy? 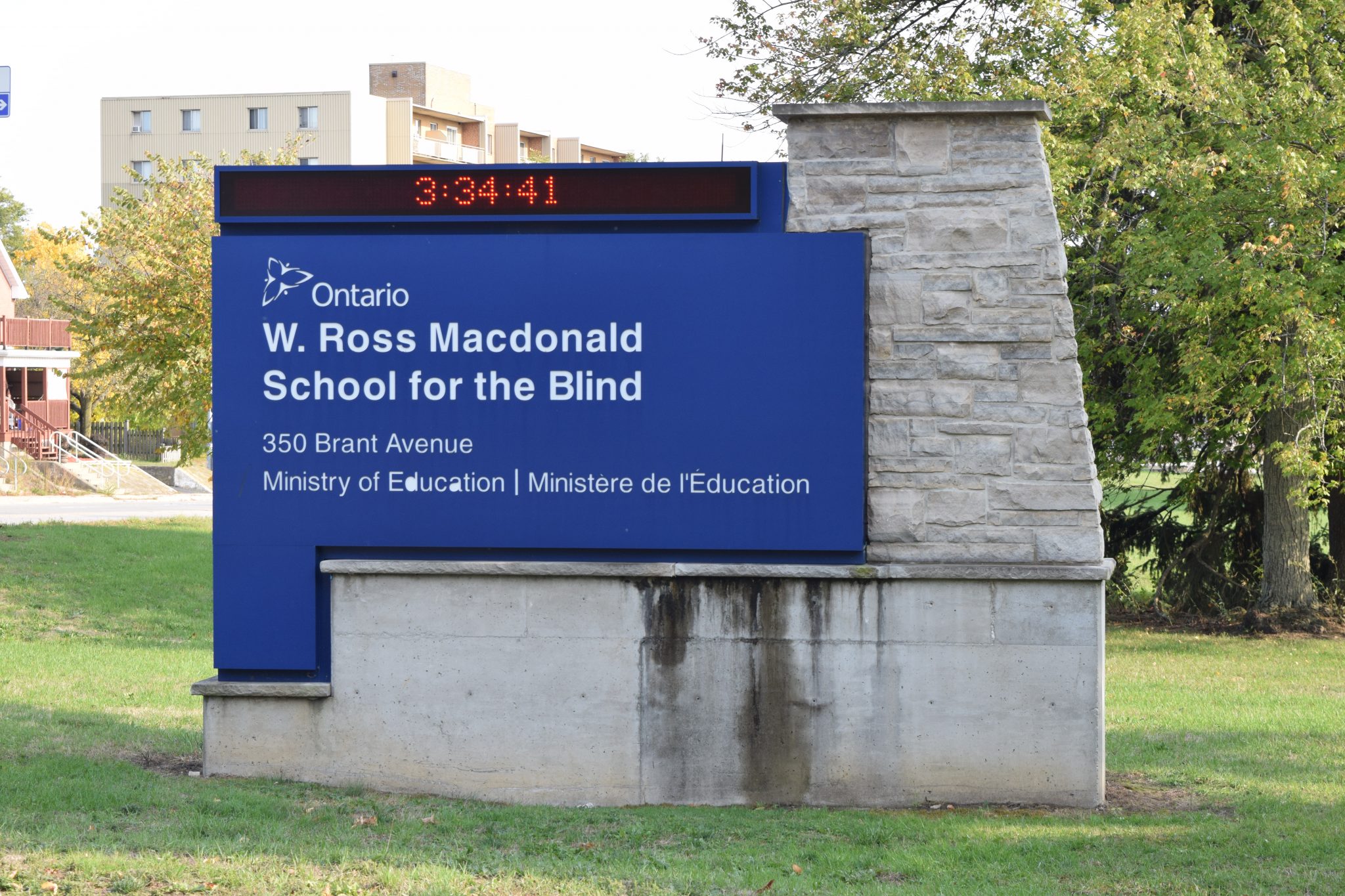 Upon signing up as a writer for Laurier Brantford’s student newspaper, I was unsure as to what my first article would be about.

The Editor-in-Chief brought up the idea of speaking on my disability; specifically the things that I think people should not say to me, a visually impairment student. In the spirit of full disclosure, I’m still a bit hesitant.

This is because I do not usually make it a habit to talk or write about my sight loss; I’m approaching this topic in hopes of opening some eyes out there, pun intended.

There are ideas surrounding a disability that do not make sense to me. These ideas are both the concept of being an inspiration and there being a hierarchy. Personally, I have never thought of myself as an inspiration.

My visual impairment means that some things may take longer or need to be done differently. However, to inspire is to go above and beyond, or accomplish something that is out of the ordinary.

My life is not that different from anyone else.

I’m in the middle of getting a dual degree, finding employment and trying to keep it together while the world is going through a global pandemic, among other crises. I’m sure most students can relate to that.

When asking a friend, with a disability, about her thoughts on being called an inspiration, she said, “I don’t really like it, but I get called that a lot. I feel like people don’t mean it in the derogatory way that we take it. We take it in such a bad way because we get these comments so much from people, and just get fed-up with it.”

Disclaimer; in no way, shape or form is this meant to offend anyone.

The few times that I have been called inspirational, it hasn’t been in a mocking tone, or said in a sarcastic manner. If anything, it was framed just as any other compliment would be, because that is how it is largely intended to be taken.

People do not mean to be insulting, it is simply that because I haven’t gone the extra mile in any significant sense, I don’t feel that I have earned such a distinction. If it can be called as such, I know that it comes from a place of goodness and decency, and I appreciate people for it. However, if people were to not say this, it would also be a comfort.

Ross Macdonald is a school tailored for visually imparied students in Brantford. This is where I went to high school. It is specifically catered for persons with sight loss as well as people who have visual and hearing impairments. 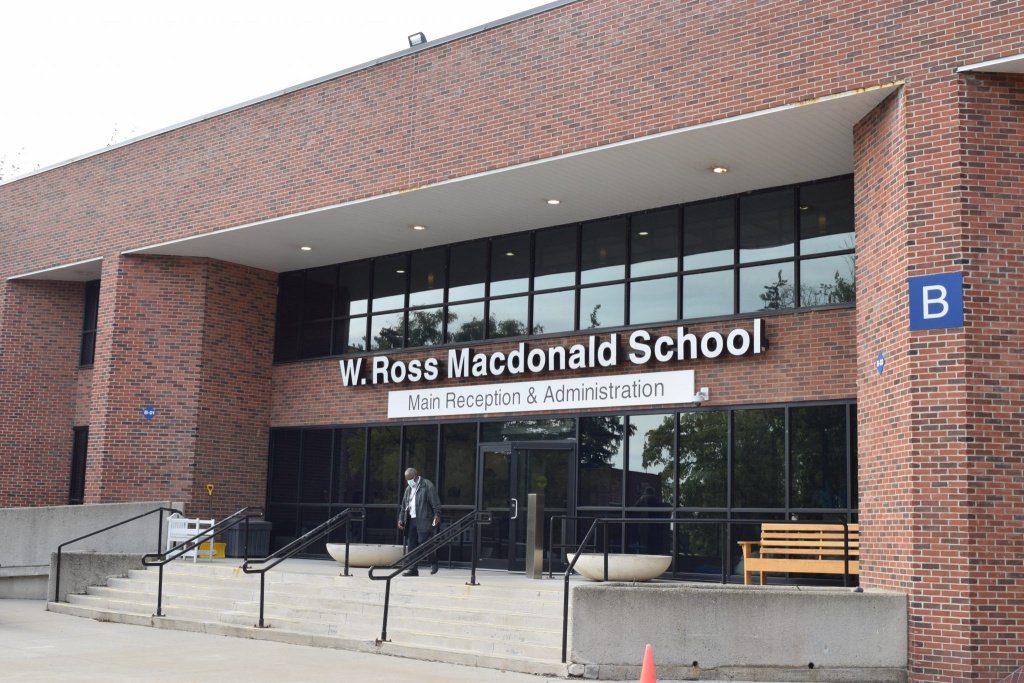 W. Ross MacDonald School for the Blind in Brantford, ON. /By Tejas Singh, The Sputnik Photography

My highschool was not that different from any other school. There were fewer students which made the classes smaller, but aside from that, it was as you would expect.

I got through gym class, ran and was involved in student council, and largely stayed away from—but still managed to hear about—the usual teenage trials and triumphs. I suppose that we were all, more or less, in the same boat. I didn’t feel set apart or different from anyone else.

One expression that has stayed with me is the idea of “person first, disability second.” This did not conjure tear-filled eyes or thunderous applause, that’s just how it was. No one was seen as any less, or more than anyone else.

Having been in an environment such as this one, could explain why I was not introduced to the concept of hierarchy in regard to the different types of challenges people deal with.

The concept of a hierarchy is not a foreign term to most of us. I understand it through a chain of command similarly, in historical sense. Meaning, that Kings and Queens were at the top, and everyone else had their respective rungs on the latter below them.

Hierarchy as it relates to disability has in fact been written about. The essay has been titled: Disability hierarchy is real and it is holding us back. The hierarchy has been thought of as, “a social construct that makes certain kinds of disabilities more acceptable than others.”

This hierarchy was culturally established by the non-disabled people and it revolves around disability being a negative presence in life.

With disability being a negative, the more non-disabled someone appears to be, the higher up the hierarchy they are. In my opinion, people should play the cards they have been dealt.

Meriah Nicholes is a career counsellor, her job is to assist prospective employers on setting up accommodations within the workplace. She says that the system of hierarchy is real, and that the challenges faced should be thought of as defining characteristics.

In my opinion, it is necessary to try and boost disability employment.

To try and use what you deal with as an asset is a great quality, because it allows for adaptability, which I think is an admirable quality. I cannot bring myself to say that I’m defined by a loss of sight, because it doesn’t seem all that great—does it?

Like most people, I would like to be judged by my own merit, academics or professional career. It is my belief that regardless of what that person has to deal with, if they have the necessary qualifications and experience, they should be given a chance to perform to the best of their ability.

I am not naïve, more often than not, this isn’t the case. Unemployment rates for persons with disability have been unnervingly high. All the more reason to continue the work of advocacy and press on. As my highschool’s motto would say, “the impossible is only the untried.” 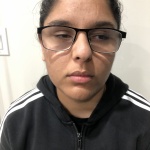 My name is Sabreen Rai. I am a third year English and history major at Laurier Brantford. I enjoy reading, being outdoors, trying different kinds of cuisines and watching Netflix. I decided to get involved with Sputnik, because It allows for me to write more. Writing is one of the ways in which to engage with ideas both different and familiar, taking the Spuntnik experience to new heights.