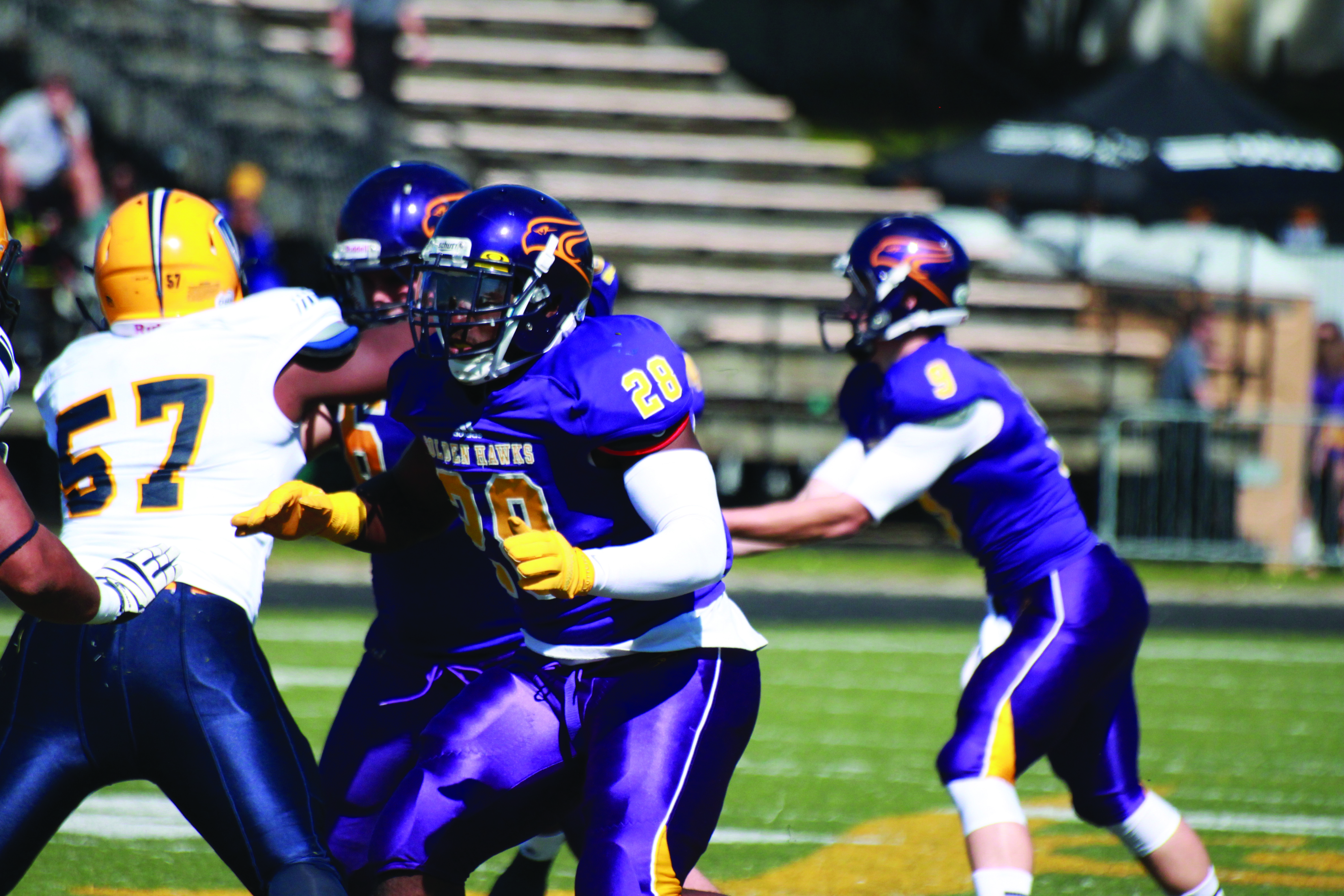 In front of a sea of purple and gold, Laurier fans and students celebrated an incredibly exciting Homecoming game against Windsor that Laurier came so close to winning, falling in overtime on a blocked 42-yard field goal attempt. Unfortunately, the Golden Hawks faced a similar fate this past weekend against the number five ranked Queen’s University Golden Gaels. The Hawks fought hard, but lost 40-34.

The Hawks seemed to have one of the best teams in the country on the ropes, after the first half paving the way for a huge upset during Queen’s first Homecoming game in five years.

After Queen’s struck first with a 54-yard touchdown pass, Laurier answered back with two touchdown passes of their own, one from Quarterback James Fracas to Greg Nyhof for 22 yards, and another to Wide Receiver, Scott Campbell for 56 yards, giving them a 20-9 lead at halftime. This was not new for the Golden Hawks, who had the lead going into the second half against Windsor the week before. But Laurier seemed determined to change their fate this time, ending the third quarter with a 27-16 lead.

It was a wild fourth quarter that spun things in the home team’s favour. Queen’s tied the game with less than three minutes to play thanks to a rushing touchdown by Scott Macdonell, and then took the lead on their next possession. The Golden Hawks were left with little time to get a touchdown in order to force OT. It was Fracas that led the way on an incredible drive 81 yards down the field and with 15 seconds to go Laurier tied the game 34-34 on a pass to Nyhof. The Golden Hawks QB certainly had his best game of the season, throwing for 359 yards (his second straight 300 yard game) and four touchdowns.

This set the stage for another exciting finish for the Golden Hawks, one that – as so many times before – Laurier finished on the wrong end of. Even though it was Laurier with the field goal block in overtime in Saturday’s game and not the opponent, somehow things went awry. On the block, the ball bounced into Laurier’s end zone and recovered by Queen’s Aaron Gazendam for the touchdown and the victory.

Laurier, now 1-5, will finish their season at home against McMaster (3-3). They will be hard-pressed to get a win, but they have shown the past two weeks that they’re fighters and can at least hang with the best teams in the country. There have been small shimmers of light and improvement that can be taken into next season, but it goes without saying that this was one of the worst seasons in recent history for Laurier Golden Hawks men’s football.