EcoHawks plant seeds in the minds of students 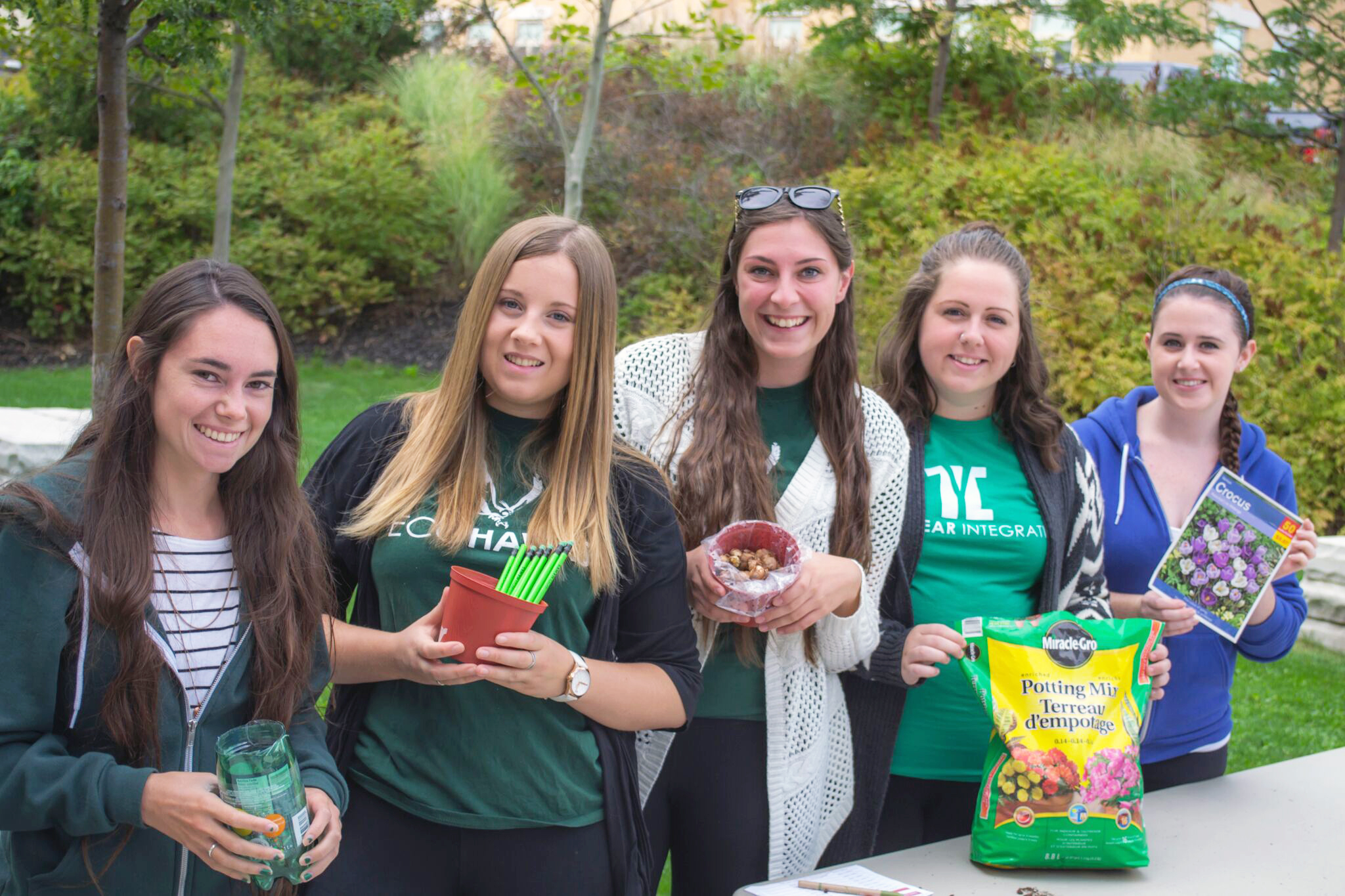 “I hope it encourages students to plant their own garden, or even […] plant fruit and vegetables – to grow their own stuff instead of going to a store and buying it,” said Kendall Smilde, the coordinator of EcoHawks.

Smilde said that all of the materials used for this event were recycled. Water bottles, cans, and used food containers were provided for students to fill with soil and plant bulbs in. This way, everyone could go home with a personalized plant to take home, made entirely out of recycled material.

Smilde said she wasn’t sure how long this event had been running but was asked to bring it back this year. “It was run last year and there was a lot of positive feedback for it,” she says. Last year the event hosted approximately 75 people. Smilde said she hopes at least as many showed up to take part this year.

Wastefulness of paper and other products is something many people are guilty of without even realizing it. Laurier Brantford’s Ecohawks want to promote recycling materials so they can be used more than once.

“Last year the coordinator connected with the bookstore and got reusable bags donated, which we gave those out at events,” said Smilde.

Smilde said there are no specific events geared toward plastic bags used in stores or wasting paper this year, though as an eco-friendly committee, they constantly urge students to reuse materials and be conscious of wastefulness.

Many first-year students showed interest in both the event and in EcoHawks. First Year Integration members also helped run the booth to get first-years excited about taking home their own plant. 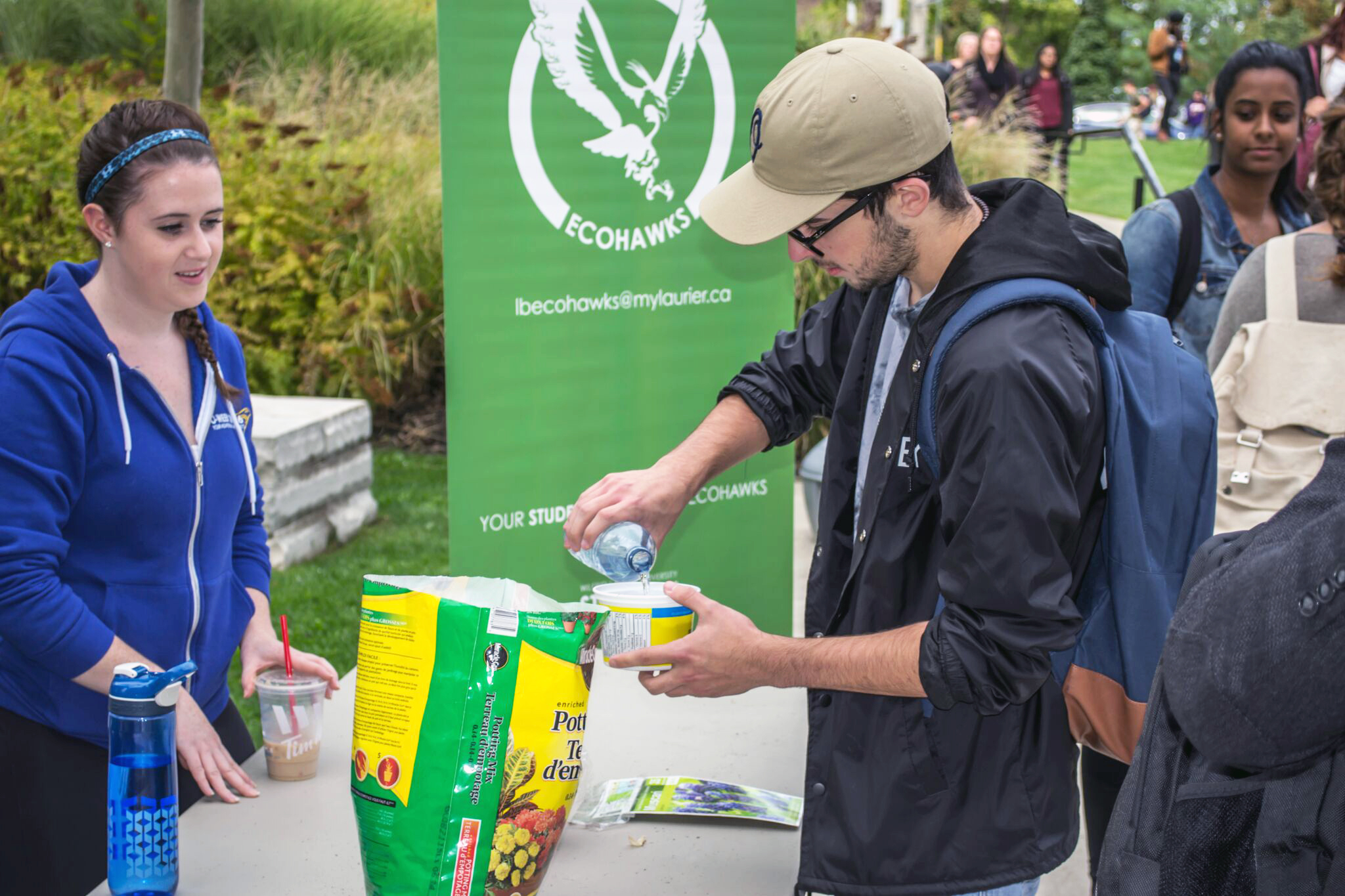 Smilde stated that because hiring for this year’s volunteers hasn’t been calculated yet, she wasn’t sure how many first years have signed up.

This event was a nice introduction to the fall season, with bulbs being used for fall flowers. The plants can also be replanted to be put into a garden or another pot.

EcoHawks will be hosting many other events throughout the year, which they encourage students to come out to and support to learn how to be more eco-friendly.