Dennis and the dictator: Rodman’s friendship with Kim Jong-Un 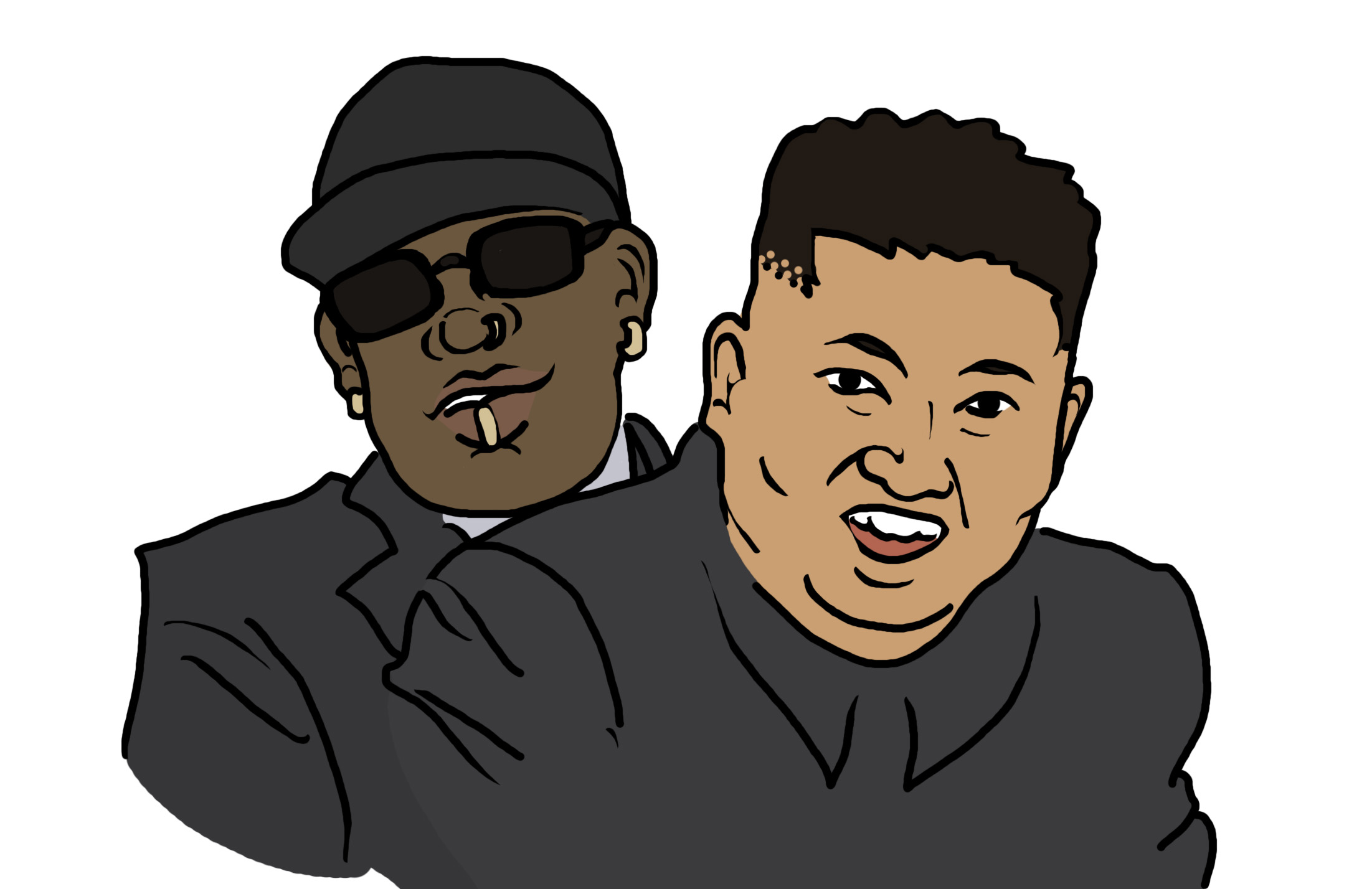 Kim Jong-un is a name some may have never heard, but those who have can attest to the fact that he fits the widely accepted definition of “dictator”: “a ruler with total power over a country, typically one who has obtained power by force.” Even his titles in the North Korean government attests to this, “Supreme Leader of North Korea”, as well as “First Chairman of the National Defence Commission”, and “Supreme Commander of the Korean People’s Army”, among others. All of these titles were given to the then 28-year-old upon the death of his father, dictator Kim Jong-il,who had received them himself upon the death of his father, dictator Kim Il-sung. Needless to say, the family has had a strong hold on the nation nearly since the day Korea was divided as a partial solution to the (never-ceased) Korean War, when ‘North’ and ‘South’ were divided along the non-militarized 38th parallel.

The closed nation usually holds minimal to no contact with Western nations and their residents, along with animosity, such as the continued arrest of American Christian missionary Kenneth Bae. A hint of a promising future was seen in 2000, in the second term of United States President Bill Clinton. The then Secretary of State, Madeleine Albright (a distinguished and awarded politician with experience with the United Nations), held discussions with the current leader’s father, Kim Jong-il, regarding ceasing their missile program and development. I’ve seen promising photos of the two of them smiling and clinking glasses of champagne, a rare-candid moment from the dictator. Yet, for a few reasons, no deal was ever made. It leads one to wonder, if a 63-year-old Secretary of State, with full government support from the most powerful nation in the world, couldn’t cease the violence of the closed nation, can a 52 year old former National Basketball Association player, laced with tattoos and piercings (and formerly the bearer of bright green hair), with no government support, do the job? Dennis Rodman thinks so.

Dennis Rodman first travelled to North Korea on February 26th, 2013 with Canadian founded Vice Media to host basketball exhibitions, which were widely seen as controversial from the start. While there, Rodman first met the dictator Kim Jong-un in person, widely regarded as the first American to ever meet him. Controversy was further fuelled when Rodman suggested Barack Obama “pick up the phone” and call the Supreme Leader seeing as they were both fans of basketball, that Kim Jong-un was a great father (the issue around this being his mistreatment of several North Korean families) and referring to him Rodman’s “friend of life.”

The issue was further fuelled when the basketball champion read of the American Kenneth Bae, now serving 15 years for hard-labour from his “goal to try and overthrow the North Korean government.” After reading this, on May 7, 2013, Dennis tweeted from his authorized twitter account:

“I’m calling on the Supreme Leader of North Korea or as I call him ‘Kim’, to do me a solid and let Kenneth Bae loose.”

Although to many this was taken with anger as Rodman making light of the situation, he was seemingly redeemed upon a second trip to North Korea where he again met with his friend, dictator Kim Jong-un, in the countries capital Pyongyang, to apparently discuss the release of Bae (and basketball) in person. Little is known of what was actually discussed.

Tides turned rather recently, for both Kim and Rodman, in December and January respectively. On December 13, 2013, North Korean state run new agency “Korean Central News Agency” (KCNA), reported that Jang Sung-taek, the second in command of the country, also the uncle of Kim Jong-Un, had been tired in a military tribunal and executed by machine gun firing squad for his work of “anti-party, counter-revolutionary factional acts in a bid to overthrow the leadership of our party and state and the socialist system”. Several believe this to be a false charge so as to clear anyone of power.

Rodman came under heat while on his third trip to North Korea (in which he left January 6, and has just returned) when he implied in an interview with CNN that Kenneth Bae was justifiably in prison, a very different response than his previous discussions on the matter. His apology? Reliant on the fact that “he didn’t mean that”, and he “had been drinking” during the interview.

Personally, I agree with several who believe that Dennis Rodman is nothing but a puppet for the dictator of North Korea. No good is coming from Rodman’s conversation and birthday celebrations with his “friend for life”, and I personally find it a slap to the face as someone with family who has fought in the Korean War against the destructive minds of North Korea. The sister of Kenneth Bae, Terri Chung, is recorded as telling KOMO Radio in Seattle “It’s clear he has no idea what he’s talking about. I’m not sure who he’s talking to, where he’s getting his information, but he’s certainly no authority on Kenneth Bae.” In my opinion, Dennis is being a massive detriment. If any form of official communication was approached now with Obama or his new Secretary of State, John Kerry, Rodman would form an awkward hurdle, only interrupting I’m sure delaying the process of international relations by thinking he knows North Korea and their desires off the back of his basketball.

On Wednesday, January 15, Dennis Rodman checked himself in to a one month long alcohol-rehabilitation centre in the state of New Jersey. This story is ongoing.