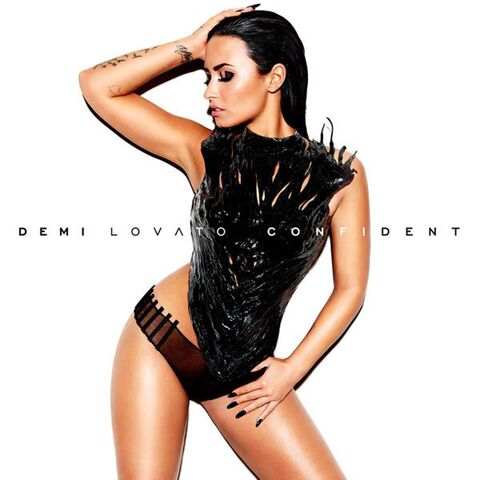 Lovato has come a long way from her days as a Disney Channel star. She has had many struggles in her past and has found the strength to overcome them. Her new album Confident is her fifth album released since 2008.

Lovato’s songs are empowering with inspiring messages that talk about her personal experiences and how they have helped her become the woman she is today. Her songs are approach topics of depression, eating disorders and alcohol abuse, as Lovato sings of her own personal struggles and experiences. Tons of emotion and passion was put into this album.

Her hit 2015 summer single, ‘Cool for the Summer’ gives off an E.D.M. type of sound as she shows off the softer, raspier elements of her voice in the first couple verses, it is one of the few upbeat songs on this album.

Many of the songs on this album are liberating ballads that show off her powerful vocal range. Each song has its own backstory relating to tough times in her life and how she survived them.

‘Old Ways,’ talks about Lovato’s struggles with alcohol abuse, and how she does not want to go give in to temptation. Lovato sings, “I’m not burning out/ I’m not afraid to fall/ I’m not afraid to fall anymore.”  The song works to reach out to those who like Lovato struggle with alcohol abuse, she uses the ballad as a platform to encourage the strength that can be found through recovery and advocate beyond the struggles of the past.

The final song on her album ‘Father’ is a tear-jerking tribute song to her estranged, late-father and her struggles with their complicated relationship. Lovato certainly shows off her emotion through her performance and as the song progresses, a gospel choir sings in the background helping to showcase Lovato’s powerful vocals as she sings her heart out. Through her emotional lyrics, Lovato definitely showcases her emotion in the song, “Father, I’m going to say thank you/ Even if I don’t understand/ Oh, you left us alone/ I guess that made me who I am.” This song shows off her grief in a relatable way, and her hope that her father is in a peaceful place.

Lovato has definitely grown from a tween pop star to an inspiring, powerful artist. Although her third album Unbroken, truly debuted her emotional musical style as an artist, Confident, continues highlight her songwriting abilities and her journey to inner strength. It is definitely an album full of emotion, heart and incredibly powerful lyrics.