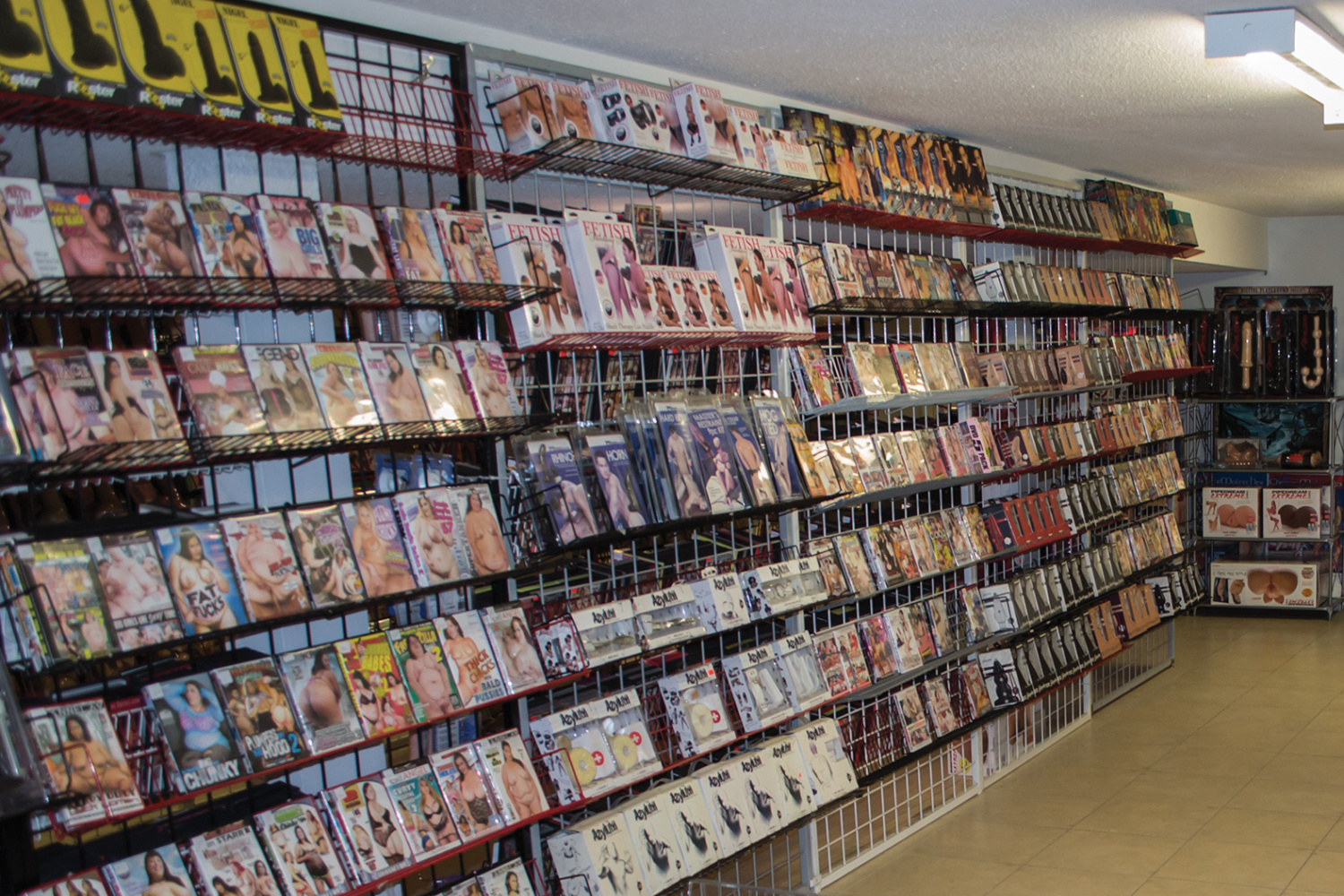 Brantford’s downtown is home to a wide variety of shops and small businesses. These businesses define Brantford, but what defines the businesses? This is the inspiration behind “Clerks”; getting to know those who know us so well. From our shoe size to our favourite item on the menu, these business owners make us feel more like family than customers. With that being said, let us shine the spotlight on Adam and Kayla, two sales associates at the the Love Shop.

How long has the Love Shop been in Brantford?

This is actually the second location we’ve had in Brantford. We used to have a location on Charing Cross Street. In total the Love Shop has been active in Brantford for about 10 years now.

What’s the craziest story you have from working here?

Just a couple weeks ago I had a guy down (in the basement) with his girlfriend and the whole time he was walking around he had his dick out. He then goes in front of the camera and starts smiling and wagging it around. Then they went around the corner, they started making out for a bit, he pulled out her breast and starts licking it up. The whole time I’m upstairs laughing my ass off, looking at the camera thinking, ‘thank God there’s no one down there.’

What’s the most popular item in the store?

What are some of the trends that you’ve noticed while working in Brantford?

Valentine’s Day is coming up, what is the Love Shop doing to celebrate?

All of the We-Vibe products are 20 per cent off, usually we can’t discount those at all. We’re going to be having Valentine’s Day gift bags. We’re about to paint the wall upstairs red to get a fresh coat in and just in time for Valentine’s Day. Discounts on lingerie will be happening. Ask us if we can discount stuff and we’ll tell you what we can do. We don’t often advertise the discounts so it’s always good to ask.

At The Sputnik we like to promote safe sex. What’s the best condom on the market these days?

How have dating apps like Tinder affected the shop?

I would say that they’ve helped because people are meeting more of a variety of people than they would have in the past. Every once and awhile you end up hooking up with someone that might be a little more freaky. We get a lot of people that are on their third or fourth dates and they’re already here in the Love Shop buying stuff because one or the other already wants to play around with toys. So the apps help a lot.

To an extent, it’s been on the market longer than people actually think it has. I’ve got some fairly older movies that to an extent are virtual reality; you can control the scenarios that are happening within the movies. As far as virtual reality goes, if the price point is right it’s something that we would end up carrying. We’ll also want to make sure that they’ve fixed all their little issues. As with all new toys they come out and they want them on the market way too fast and there tends to be a lot of issues. Plus they are expensive. So if the price point is right and the technology’s there for it, it’s something we’ll be carrying in the future. Already a lot of our toys are app controlled. People are looking for more technologically advanced toys.


Where do you see the future of the adult entertainment industry going?

Definitely more integrated with technology. App-based is the new biggest thing. A lot of our toys are exclusively app-based. You cannot control it any way other than through an app. Plus lots of people are liking the whole wireless factor of the toys. They can go out to a dinner, to a movie (particularly the Fifty Shades of Grey movies, that when we sell a lot of wireless toys). Wireless, app-based and things based on Bluetooth are big sellers right now. And by the looks of it, that’s where it’s going to keep going. Also, people are getting into much more quality toys. The cheap toys don’t really fly these days like they used to. People are looking for things that are well built and if it’s app-controlled or anything wireless, people are all over that.

Note: This article has been edited to clarify that the above statements are both reflective of Adam and Kayla, whose last names have been removed for privacy.