Brantford’s tribute to Canadian women on the homefront 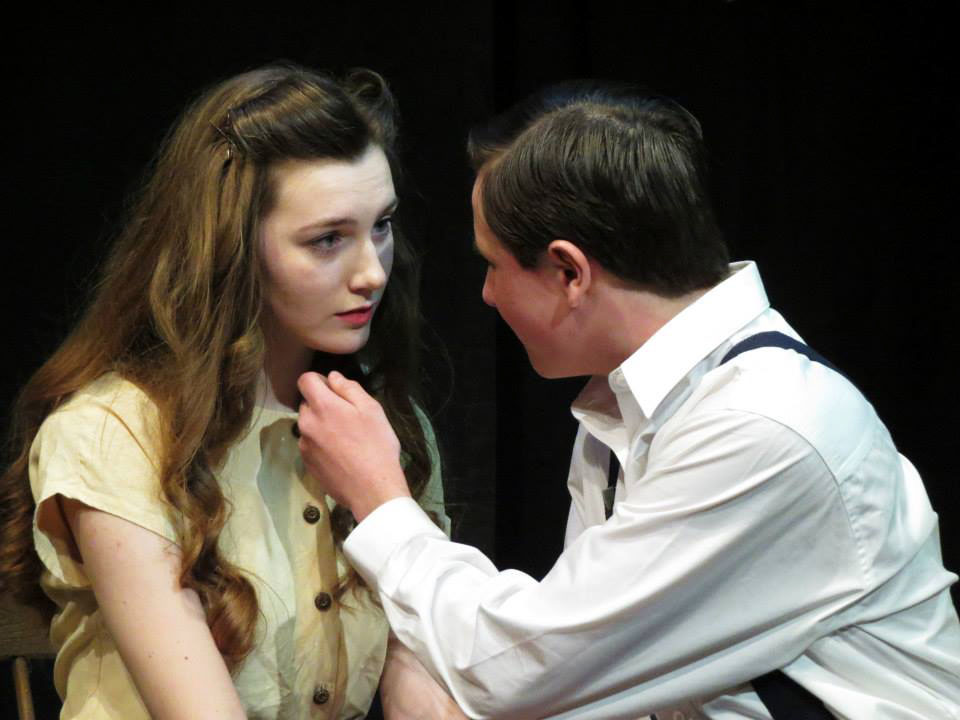 The Second Self was written and directed by Brantford’s Victoria Hudson-Muir, an English and Theatre Studies student at the University of Guelph.  The second play that she has written, Hudson-Muir and her team worked on The Second Self every Sunday since September in preparation for this run at the Arts Block, which included five shows from February, 19 to 22. The Brantford shows were both performance and preparation, as the play was accepted to appear in both the London and Edmonton Fringe Festivals this summer.

Hudson-Muir originally wrote the script when she was 13. However, in July, because of all the talent she was seeing in Brantford, Hudson-Muir started to work on The Second Self again. “I wanted these performers to get a chance to be seen by a wider theatre community, and I thought that this script was the perfect opportunity for it,” she said. In fact, all seven members of the cast, as well as the production team, are from Brantford.

The play tells the story of a group of young Canadian women, and one man, that live together during the second world war. It is centred around what life was like back on the home front. It is very revealing, bringing to attention topics like abuse, the pressures on the youth of that era to grow up, and about moving on after a loved-one is lost at war. These are all issues that are not commonplace in war movies or plays, and provide a new way to look back on the war experience.

Hudson-Muir drew from her family and own experience to provide inspiration for this story. “My grandmother was a war bride in her twenties. She married my grandfather in the early 1940s before he left to fight overseas,” Hudson-Muir said. The character of Helen James, played excellently by Brandy Goodnough, shows this notion of the wife trying to go on with life as normal while her boyfriend is off to war. She deals with the uncertainties of wondering daily if her husband will return safely or not, while trying to plan the rest of her life as if he surely will.

Likewise, the role of George, played by grade 10 student Cooper Bilton, was based off of her grandfather, Harry Hudson. Hudson was heavily abused physically and emotionally by his father, yet he forgot against the memories of the abuse, and became a very successful psychiatrist. In the play, George is a rough-around-the-edges young man, who won’t face his abusive past, and is scared to pursue his feelings for Fannie, who is played innocently by Alex Draper. George, feeling like he isn’t a man, weighs whether or not he should enlist for war.

It is the issue of the pressure’s on the youth of that era that is most compelling, and one Hudson-Muir is especially interested in exploring. She said that she really wanted to show the difference of the pressures on 1940s youth to those placed on youth today. The character of George really struggles with this, being of age, but not feeling like he is doing enough with his life. Fannie is still in high school, yet is living parent-less, and is considering marriage to keep the love of her life from going to war.

Hudson-Muir says that though there may have been different kinds of pressures on the youth in the 1940s, “we still pressure the youth of today to mature.” It is a topic that is not brought up enough, the expectations placed on kids coming out of school are ingrained, yet are rarely attainable or the best options.

The reaction from the crowd during the run of performances was very positive. The show is very well acted, with several stand-out exchanges written that allow the actors to showcase their talent. For these reasons, and its captivating subject nature, The Second Self is poised to receive great fan fare during its performances this summer.